SNL, if you ever need a hype girl, I’m here for you! Had the best night + so proud of my girl and the cast 💥#reputation

You know how Taylor Swift's fans tend to pinpoint her fashion choices and obsess over them? Yeah, we never expect anything less. But while the singer followed up her Saturday Night Live performance with an outing in Prada combat boots, she hung around on set in a very different pair.

Taylor's friend, Victoria's Secret Angel Martha Hunt, attended the show, and she shared a BTS snap of Taylor in a sequined dress and trendy shoes. Taylor was wearing booties with a side zipper that wrapped around the ankle and could be styled to achieve an asymmetrical look. Call us Swifties, because we liked Taylor's footwear so much, we went searching for similar options that would catch anybody's eye.

Related:
I Dressed Like Taylor Swift For a Week — and These Were the Results
0
previous images
-21
more images
Previous Next Start Slideshow
Taylor SwiftMartha HuntSaturday Night LiveCelebrity StyleBootsFall FashionShoppingGet The LookShoesFashion Instagrams

Kim Kardashian
Kim Kardashian's Vintage Tiger-Print Dress Is So Good, You're Gonna Hear Me Roar
by Karenna Meredith 4 hours ago

John Legend
In an Unexpected Turn of Events, 3-Year-Old Luna Stephens Is Our New Style Inspiration
by Kelsey Garcia 2 days ago 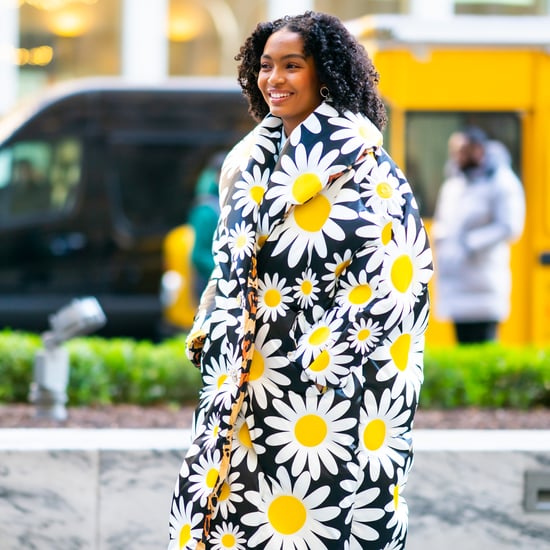 Celebrity Style
Yara Shahidi Was a Little Ray of Sunshine in This Coat, Topping Our Looks of the Week
by Nikita Ramsinghani 1 hour ago