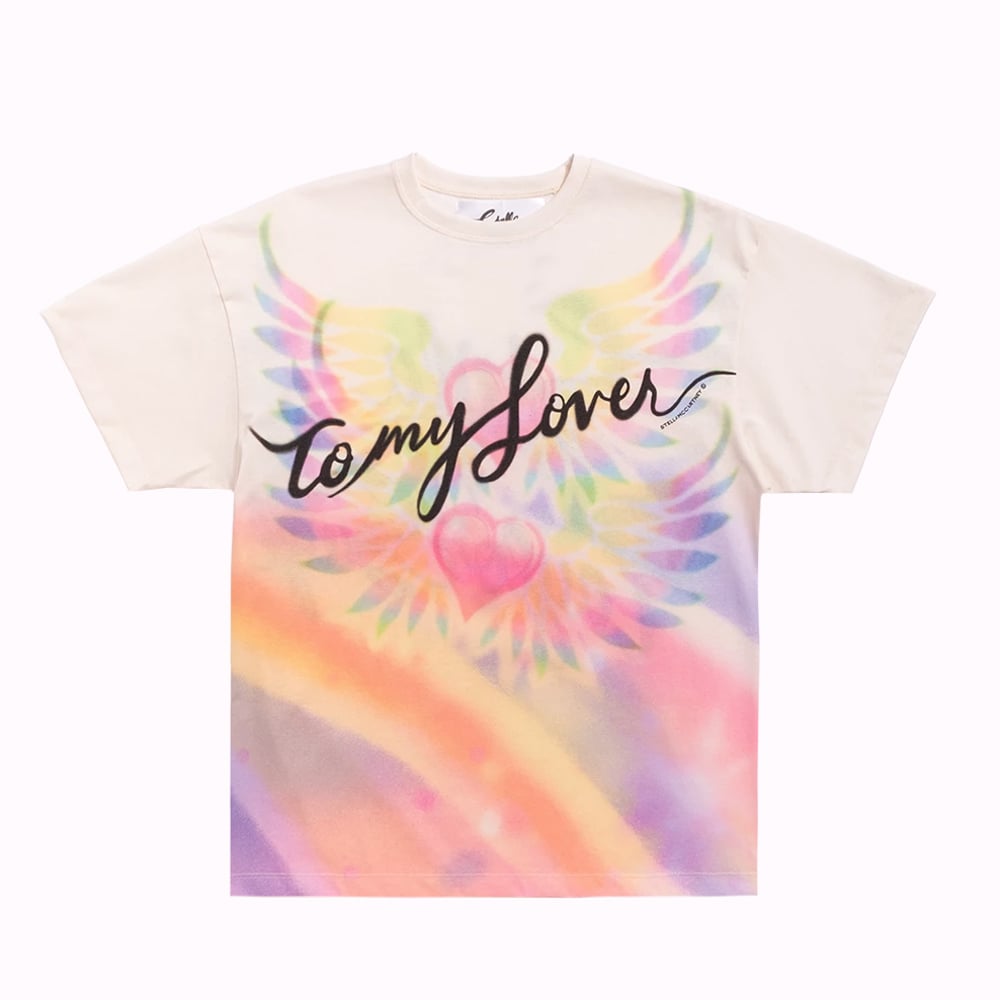 The countdown to Taylor Swift's Lover album is officially over, as is the wait for her Stella McCartney collaboration. It's here, it's pastel, and yes, it features adorable images of Taylor's newest cat, Benjamin Button. Taylor first announced her Stella McCartney project back in June but provided few details about what it entailed. Months later, it's all available to shop online, but not for much longer. Taylor announced on Instagram that the line will continue to be available to shop until Aug. 29 at midnight ET.

The whole merch-style collection includes t-shirts, hoodies, bags, and sweatshirts adorned with the Lover tracklist and lyrics, including "There's a dazzling haze" from the romantic title track and "Like a Tennessee Stella McCartney" from "London Boy."

When Taylor first spoke about the collaboration in an Instagram Live video, she gushed over Stella, saying, "She's been a friend for a really long time and also just a woman that I respect so much. I respect what she creates, how she creates it. There's so much whimsy and imagination and romance to the clothing that she designs. I've worn a lot of her stuff recently, and she's heard the new album, and this new collaboration is inspired by the Lover album. I'm really, really honored that she would want to collaborate in this way." Taylor wore a beautiful Stella McCartney dress to the BAFTA Awards in February, which she attended with her boyfriend, Joe Alwyn.

Taylor's collection was first available to shop at the Lover Experience Taylor Swift Pop Up Shop in NYC from Aug. 23-25, which was perfectly timed with the album release. If you're all aboard the tie-dye trend of 2019, you'll enjoy the casual collection, which is full of muted pinks and yellows. Plus, all of it is made with sustainable organic cotton, according to a press release. See the whole lineup and the lookbook ahead.

Related:
Taylor Swift Is Performing at the VMAs For the First Time in 4 Years, and We Can't Calm Down
Previous Next Start Slideshow
Taylor SwiftFashion NewsFashion DesignersStella McCartneyDesigner CollaborationsTaylor Swift's Lover

Fashion Designers
These Runway Looks Were Meant to Be Worn by These 7 Celebs — Don't You Agree?
by Shelcy Joseph 2 days ago

Celebrity Instagrams
Exclusive: Here's the Underwear You're About to See on Rihanna's Savage x Fenty Runway
by Sarah Wasilak 1 week ago