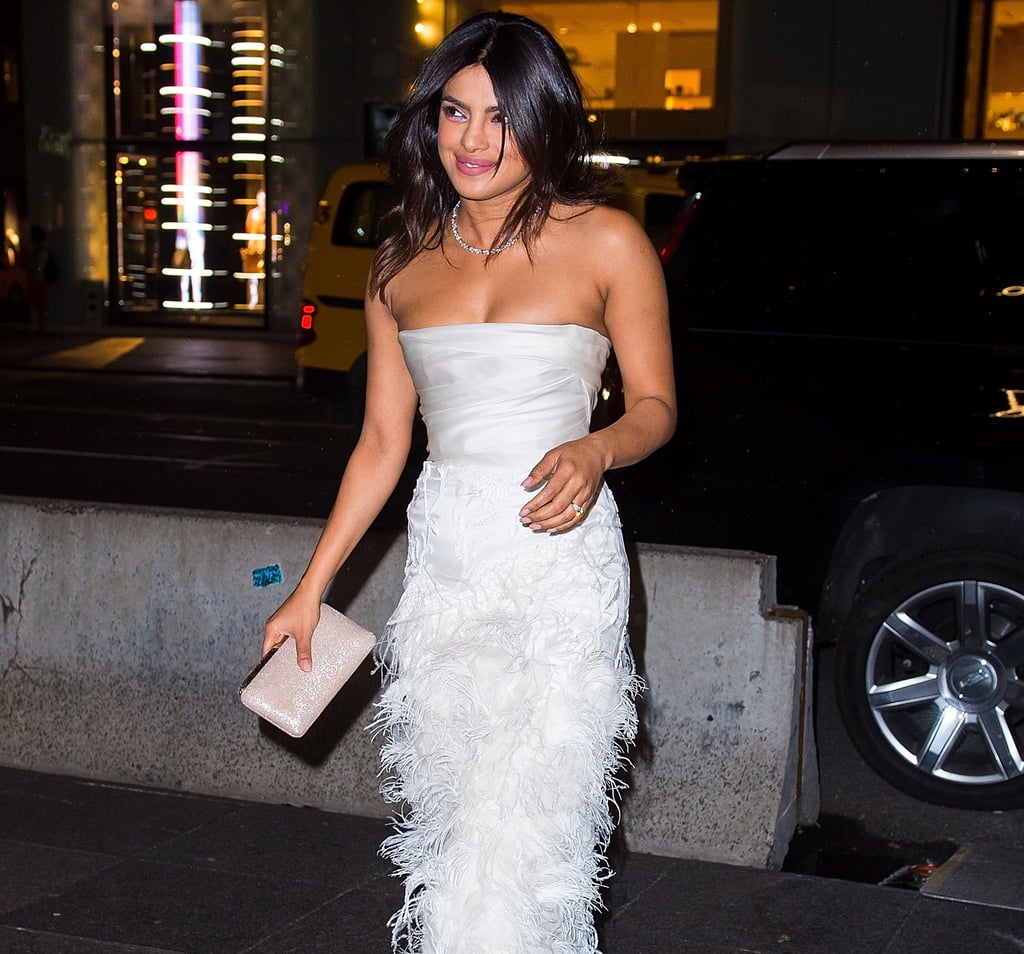 Priyanka Chopra Was Proud to Wear Marchesa at Her Bridal Shower, Judging by This Quote

Priyanka Chopra is gearing up to marry Nick Jonas, and that calls for multiple celebrations. After enjoying a party in Mumbai with family and friends, for which Priyanka wore a traditional chikankari sherwani by Abu Jani Sandeep Khosla Couture and, later, changed into a beige midi dress and diamonds, she stepped out in NYC for a soirée at Tiffany's Blue Box Cafe in Midtown.

Priyanka decided on a white Marchesa ensemble, dreamed up with the help of her stylist, Mimi Cuttrell. The strapless number came complete with a column skirt that was embroidered and feathered, and she finished the outfit with neutral-toned Christian Louboutin pumps, a sparkling clutch, and, of course, her engagement ring and jewels from Tiffany & Co.

Despite the controversy surrounding Marchesa's Georgina Chapman and her ex-husband, Harvey Weinstein, who was arrested and charged with sexual misconduct, Priyanka defended her choice to wear the brand on her special night to WWD.

"Georgina's a friend of mine, and she has been. And it's not her fault. And I don't think it's right to take it out on a self-made woman what somebody in her life did. That's the wrong attitude. I've known her for years, and that was a beautiful gown, and deserved to be worn by a bride-to-be. And it made me feel like a princess. It was the right choice," she said.

Priyanka is not the only celebrity and fashion insider to make such a statement at an important event. Scarlett Johansson famously wore Marchesa to the 2018 Met Gala, telling The Cut, "I wore Marchesa because their clothes make women feel confident and beautiful and it is my pleasure to support a brand created by two incredibly talented and important female designers."

One thing's for sure: Priyanka definitely walked with confidence into her own bash. Read on for a glimpse, get details on her beauty look, and just try to imagine how she can outdo this gorgeous appearance on her special day. Will she tap Marchesa for THE gown as well? Only time will tell. 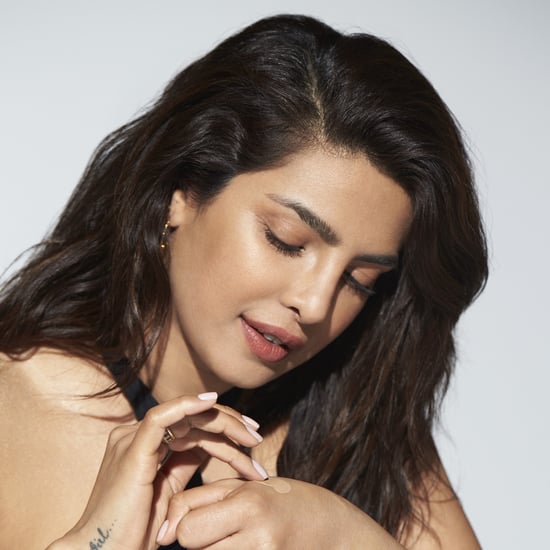 Priyanka Chopra
Priyanka Chopra on What Beauty Means to Her: "Beauty Is Catered to Everyone and For Everyone"
by Tori Crowther 1 week ago 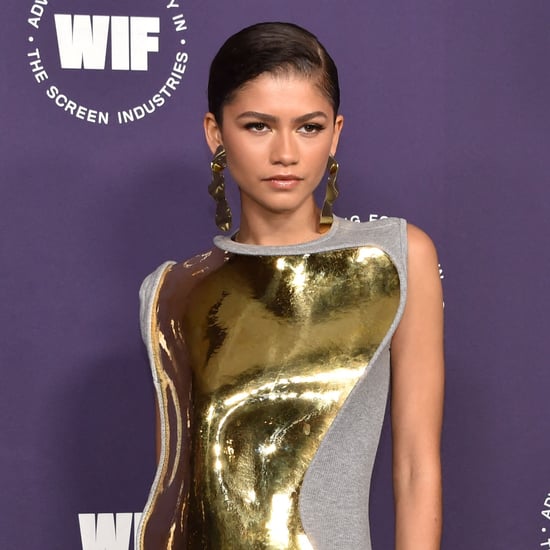