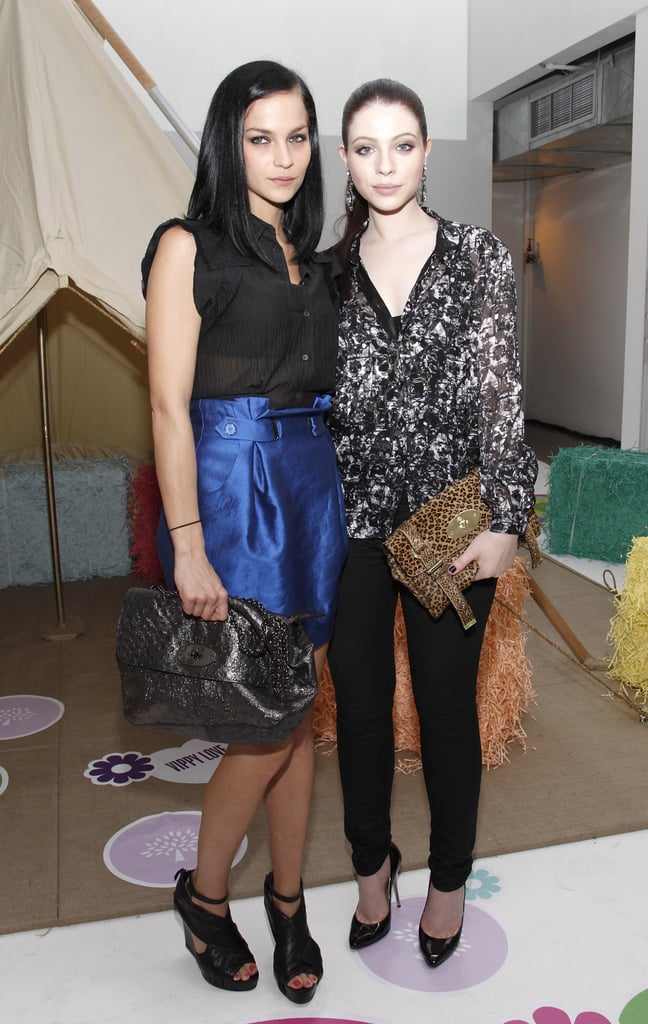 Last night's Mulberry-sponsored party celebrating the launch of Venetia Dearden's book Glastonbury, Another Stage at Milk Studios's penthouse was chock-full of statuesque revelers, though two models in particular seemed to steer clear of each other. Agyness Deyn stayed ensconced with a group of friends, while on the other side of the bash her ex-fiance Albert Hammond, Jr. held hands — possibly in a friendly way? — with Irina Lazareanu. Elsewhere, Alek Wek and Jacquelyn Jablonski mingled near Chanel Iman and her boyfriend Ryan Leslie. Leigh Lezark and Michelle Trachtenberg arrived together and stayed attached at the hip throughout the night. In the spirit of Venetia's publication, the event was complete with an indoor teepee and there was music aplenty. Brooklyn's Chairlift was the main attraction, with London socialite Jackson Scott's flamenco guitar act Mano de Dios as the opener.