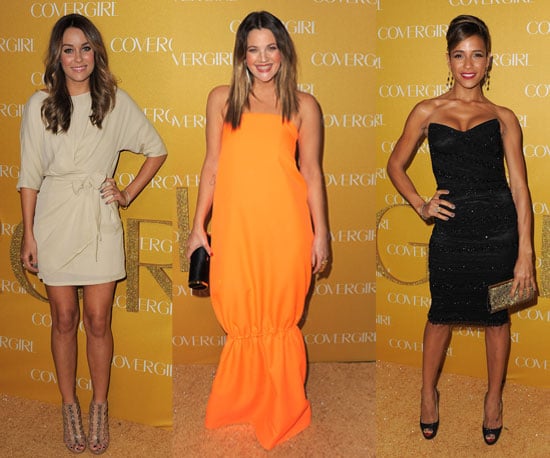 I imagine that after sitting through a lengthy award ceremony, there's only one thing to do: party! With so many stylish stars in attendance at last night's People's Choice Awards, it was only customary that they would pop up at glitzy afterparties. Some of our Fab faves headed to CoverGirl's 50th anniversary party, where they showed off flirty dresses, dazzling jewels, and, of course, flawless makeup. Taylor Swift shifted from peach to black, Lauren Conrad and Sophia Bush had nude attitudes, and current CoverGirl spokeswoman Drew Barrymore glowed in a bright orange maxidress. Click through to see all the chic celebs, and cast your vote for the night's most Fab.

Taylor Swift
Yes, There Is a Chance Taylor Swift's Rerecorded Albums Could Be Nominated For a Grammy
by Kelsie Gibson 2 weeks ago