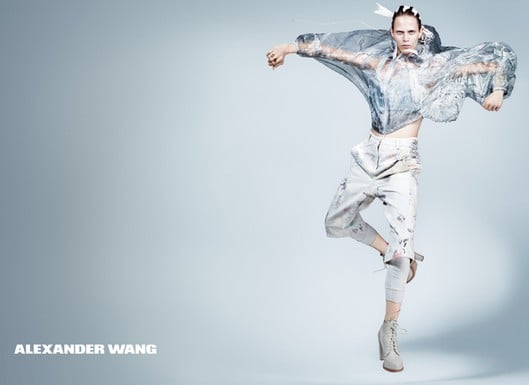 >> A trio of first campaigns have popped up for Spring 2011: Shu Pei Qin's premiere ad as a Maybelline model; Peter Copping's first ever Nina Ricci ad image, featuring Malgosia Bela shot by Inez van Lamsweerde and Vinoodh Matadin at New York's Greenwich Hotel ("She looks contemporary, modern, sensual — all those things I see for the Ricci woman,” Copping explained); and Alexander Wang's first ever print ad, featuring Aymeline Valade shot by Craig McDean. Although Wang doesn't like his four images, styled by his show stylist Karl Templer and creative directed by Fabien Baron, to be called a campaign. “We restrained from using those words, because you set yourself up for doing things in a systematic way — like rolling out ads in the magazines certain times of the year,” said the designer, who instead uses the term “image piece.” All those — and for good measure, the full Spring 2011 Versace campaign, featuring Abbey Lee Kershaw by Mario Testino — in the gallery.

Nostalgia
Miley Cyrus and Dua Lipa Bring Us '80s Edge in Prisoner, With Some Designer Looks in the Mix
by Sarah Wasilak 11/20/20

Miley Cyrus
Miley Cyrus and Her Mom Only Have 1 Other Essential Besides a Face Mask: Designer Bags
by Sarah Wasilak 10/05/20