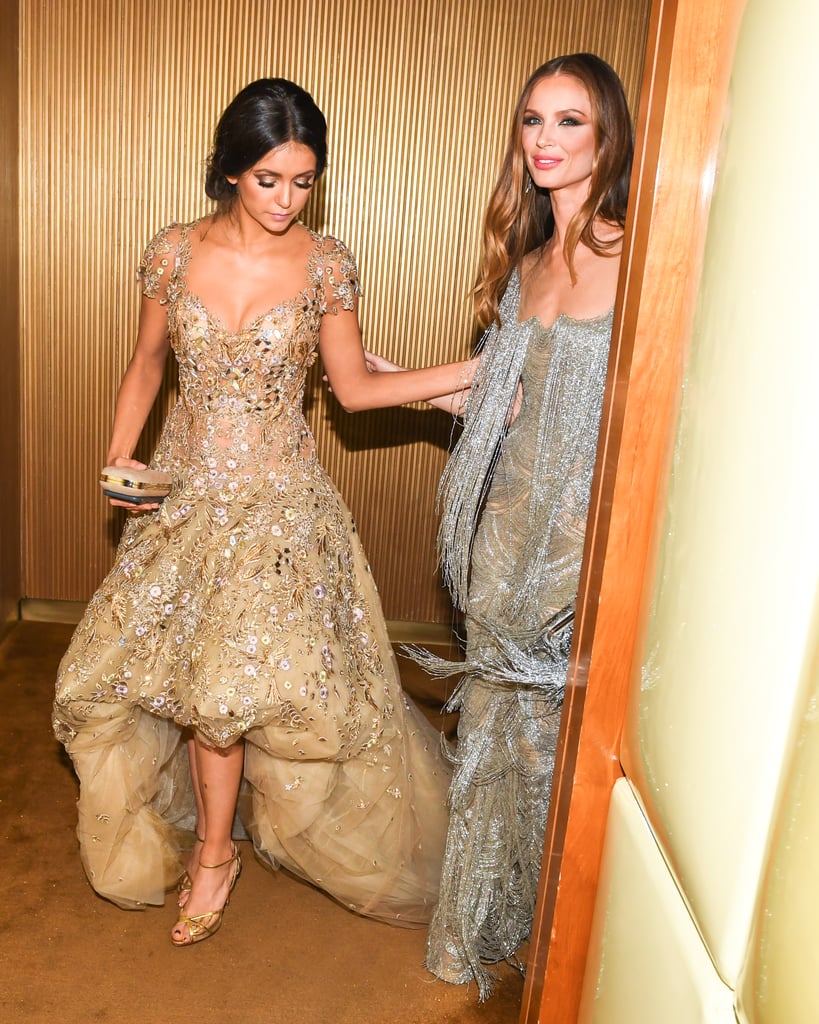 The backstory behind Nina Dobrev's Met Gala dress is wild enough as is — it was actually a throwback to her days on The Vampire Diaries. But after walking the red carpet in her majestic Marchesa number, embellished with shimmering beads and floral appliqué and finished with Charlotte Olympia heels, she added one more twist.

Since afterparties tend to involve dancing, Nina tapped Marchesa designer Georgina Chapman for a quick alteration before the long night ahead. Cofounder Keren Craig shared a snap of Georgina sweeping up and securing Nina's chiffon train into a bubble skirt — referring to the new look as "a cocktail."

There's no denying Nina's afterparty transformation was one of the most glamorous and impressive. We aren't surprised she stuck by Georgina's side as she posed for pictures on the street. Read on to see Nina's Marchesa number take two forms, first at the ball, and later at the club.

Jennifer Lopez
Should We Talk About J Lo's Crazy, Sexy Global Citizen Costumes All Day or All Month?
by Sarah Wasilak 6 days ago