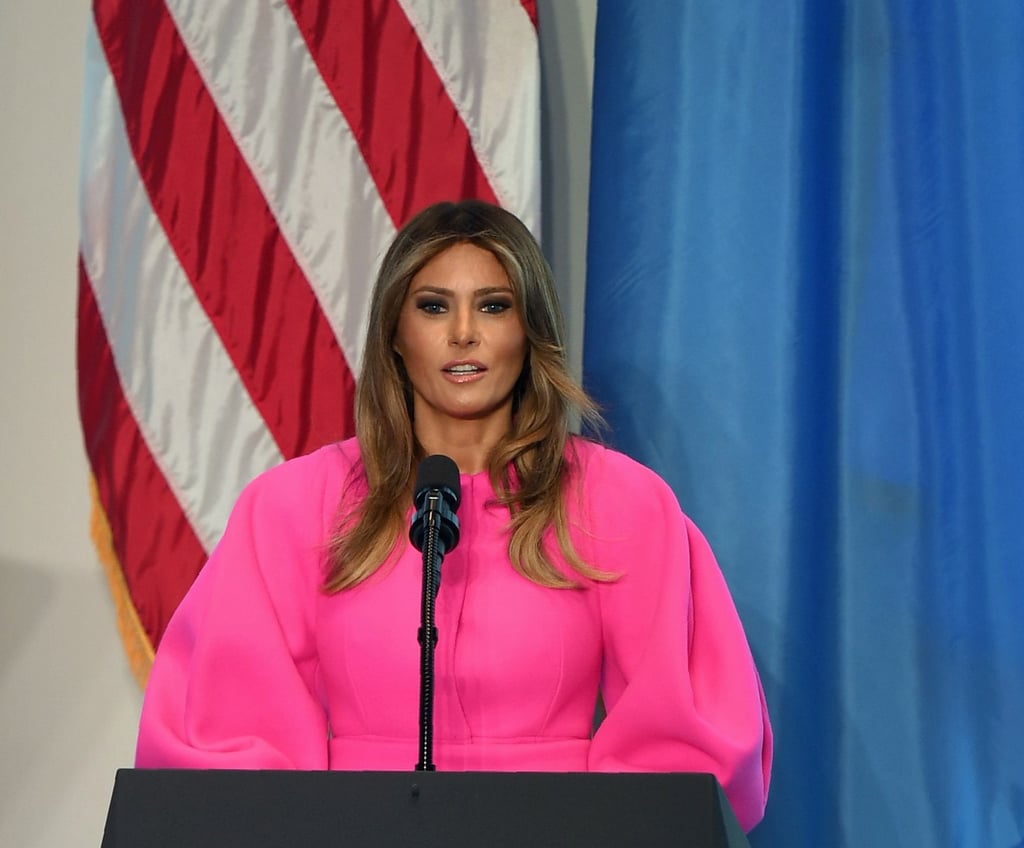 The Internet Has A Lot of Feelings About Melania Trump's Hot Pink $3,000 Dress

Update: Melania Trump's $3,000 ensemble has garnered a lot of backlash on social media with a ton of comparisons being drawn. Twitter users were also quick to point out the irony of the first lady giving a speech about bullying when her own husband has been widely criticized for doing just that. Keep scrolling to read all of the tweets ahead.

Original post: After wearing a fresh-off-the-runway plaid Calvin Klein suit for her first United Nations appearance, Melania Trump opted for a more perplexing ensemble for her second outing. As part of the general assembly of the United Nations, the first lady gave a speech about bullying to other spouses of world leaders.

For the UN luncheon, Melania chose a hot pink dress from Delpozo's Pre-Fall '17 collection. While we love the dress, it was an odd choice for the venue. With its bright color and billowing sleeves, the dress distracted from her speech and the occasion. Keep reading to have a look Melania's full ensemble ahead and tell us if you agree.

Related:
Keeping Up With Melania Trump's Outfit Controversies Is a Full-Time Job
Previous Next Start Slideshow
Melania TrumpCelebrity StyleDressesDelpozoFirst LadyTwitterControversyFlotus
Around The Web