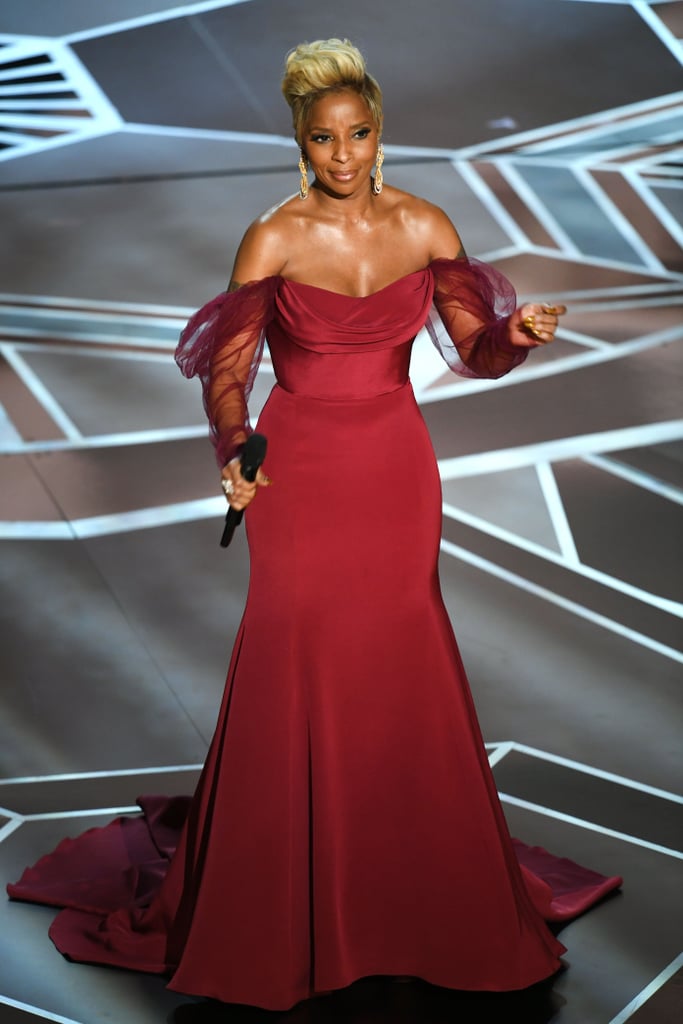 After stunning in a white dress on the Oscars red carpet, Mary J. Blige switched into another spectacular gown. She wore a custom bordeaux, off-the-shoulder dress from the Vera Wang Collection for her performance of "Mighty River." Not only was that nominated for best original song, but Mary also snagged a best supporting actress nod for her role in Mudbound. As she sang, her dress instantly reminded us of one that Miley Cyrus wore for her Grammys performance. Like Mary's, Miley's Zac Posen number featured tulle sleeves and a similar maroon hue. Read on to see the two performance looks side by side, and then let us know if you see the striking resemblance.

Meghan Markle
We Only Caught a Glimpse of Meghan Markle's $30 Maternity Dress, but It's So Worth It
by Karenna Meredith 19 hours ago

Tina Fey
Everything We Know About Tina Fey's Golden Globes Hosting Outfit(s), Straight From Her Stylist
by Sarah Wasilak 2 days ago

Jennifer Lopez
J Lo Posted a Picture in a Gorgeous Wedding Dress, but It's For Her New Movie
by Nikita Charuza 3 days ago

by Maggie Ryan 15 hours ago