Lara Stone hasn't said much about her pregnancy since November, when her husband David Walliams announced they were having their first child. But in this just revealed photo, Stone looks great pregnant and in "love."

The image, originally taken for an i-D Magazine piece about yoga teacher Nadia Airan, features Stone wearing one of Airan's tank tops emblazoned with the word "Love." The model is glowing, and the tank's knit fabric shows off her growing stomach. There's no word yet on Stone's due date, but judging by the pic below, pregnancy definitely seems to agree with her. 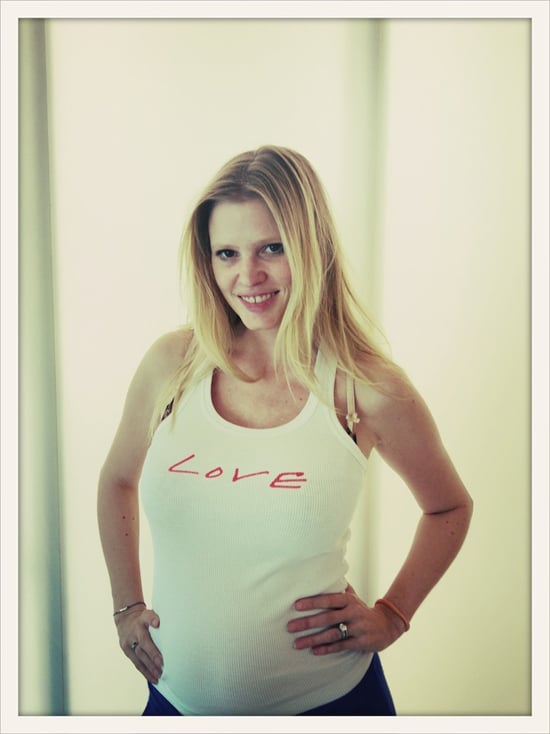 Lara StoneBabiesPregnancyDavid Walliams
Around The Web

Mandy Moore
A Round of Applause For Mandy Moore, Who Was Still Filming This Is Us at 38 Weeks Pregnant
by Victoria Messina 4 days ago

Little Kids
Kids Should Only Be in the Snow For Short Periods, According to Doctors
by Elisa Cinelli 6 days ago