If you're getting the sense that Kim Kardashian and her younger sister Kylie Jenner have been on the same wavelength recently, you wouldn't be far off. Right after Kylie announced new Lip Kit shades based on Kim's personal style, Kim went on vacation for Kourtney's 38th birthday, and she packed her vintage Dior bikini. So what's the connection, you ask? Well, we immediately got flashbacks to the Louis Vuitton monokini Kylie wore to Coachella in 2016.

The immediately recognizable monograms on both suits make them iconic, and both Kim and Kylie snapped selfies to show all their fans. Of course, with the news that luxury fashion group LVMH just bought Christian Dior for a whopping $13 billion, Kim's two-piece seems like the real prized possession. But maybe it all just boils down to this: Kim and Kylie make quite the case for logo swimwear. Scroll for a look at their own investments, then shop for similar designs from alternative brands.

Celebrity News
Can't Keep Up With Kim Kardashian and Kanye West's Divorce? Here Are All the Details
by Corinne Sullivan 1 day ago 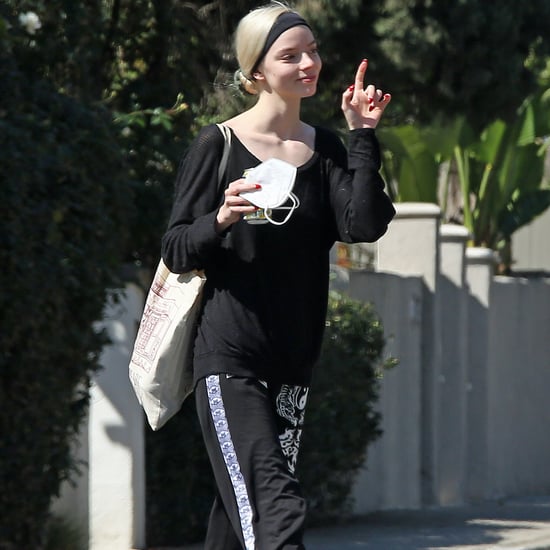