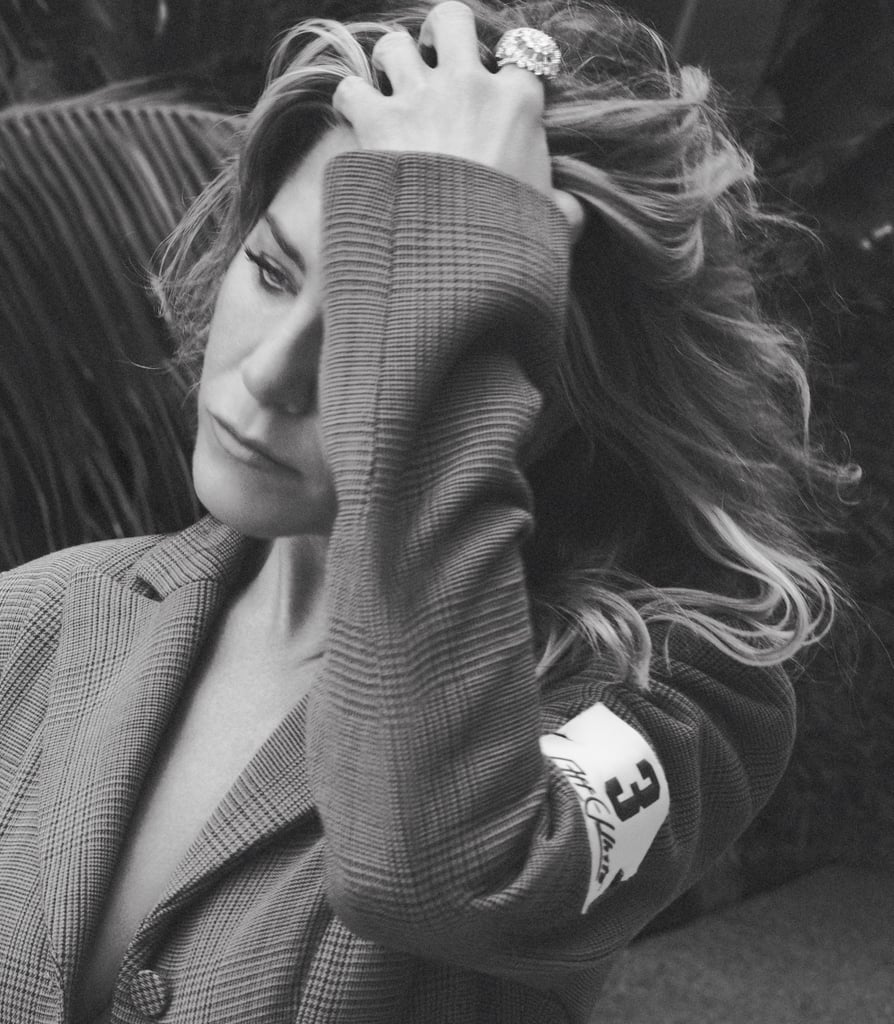 Jennifer Aniston is a self-described "jeans and a t-shirt" kind of girl. But she admits it's fun to get dressed up for photo shoots, specifically the InStyle September cover, which was photographed by Ben Hassett. Jen sat for a video, detailing her own experience with modeling, revealing her favorite workout, and admitting that she always gets nervous the night before getting in front of the camera. Who wouldn't?

Perhaps Jen's most down-to-Earth moment is when she explains that she had no idea what brand she was wearing in the above shot. (Hint, hint: it's Off-White c/o Virgil Abloh.) "You kept saying 'Off-White' and I was confused because it was clearly gray and pinstripe in some way, and then they told me that was the name. It was the brand."

Jen also chose two favorite looks from the set, including a plunging Givenchy bow jumper and a lacy bodysuit paired with Brandon Maxwell trousers that she described as "very 9 1/2 Weeks," a movie she loves. Read on to watch the hilarious film of her posing and talking about how hard it is to pose, and it'll remind you just why you love her the way she loves 9 1/2 Weeks. Oh, and shop a few inspired tuxedo blazer dresses while you're at it. There's no denying Jen makes them look damn fine out of the office. 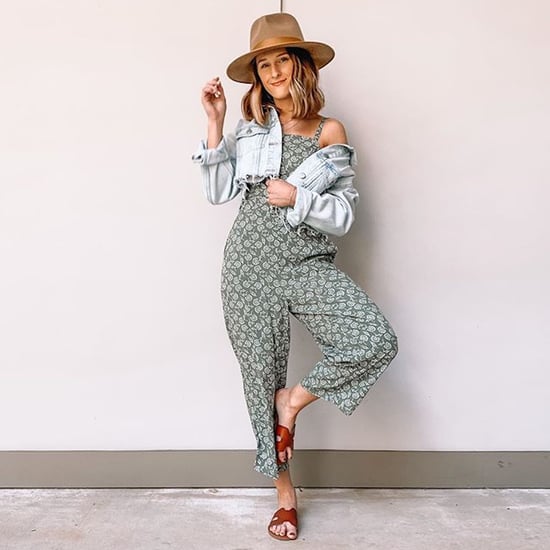 Summer Fashion
I'm an Old Navy Shopping Pro, and These Are the 20 Cutest New Releases For June
by Macy Cate Williams 1 day ago