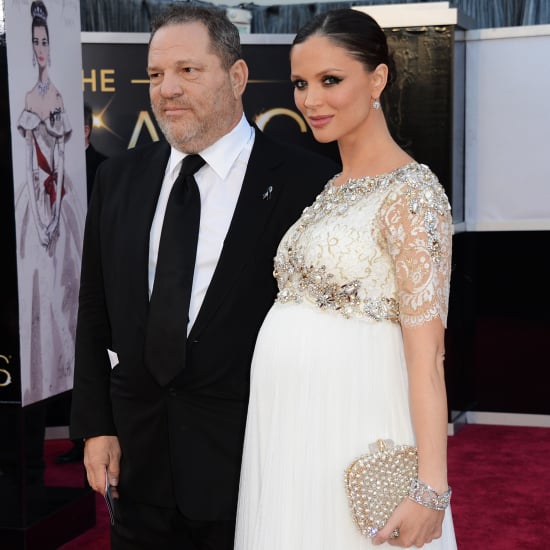 Congratulations are in order for Marchesa designer Georgina Chapman, who gave birth to a boy late last week.

Page Six reported that Chapman and her movie-mogul husband, Harvey Weinstein, welcomed the new addition to their family on Thursday in New York. It's the first son for both Chapman and Weinstein and the second child the couple has had together (they had a daughter, India Pearl, in 2010). Weinstein has three daughters — Emma, Lily, and Ruth — from his first marriage.

Update: Page Six has reported that the baby's name is Dashiell Max Robert. The first name is for The Thin Man author Dashiell Hammett (a source said Weinstein was reminded of the book's main female character, Nora Charles, when he first met Chapman). Max was Weinstein's father's name, and he and his brother Robert (known as Bob) formed both Miramax and The Weinstein Company together.