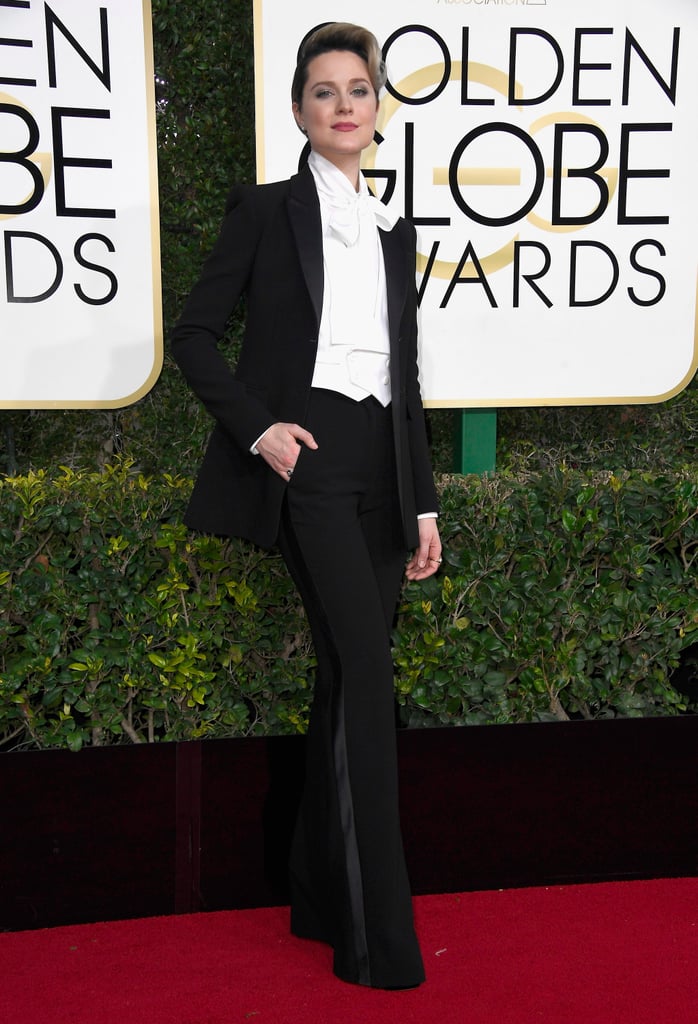 We're never surprised to see Westworld actress Evan Rachel Wood show up to an event in a suit. She wears them quite often, and we've repeatedly taken note. But so do many stars — and plenty of girls all over the world, for that matter. That was the message behind Wood's custom Altuzarra creation.

"I love dresses. I'm not trying to protest dresses. But I want to make sure that young girls and women know they aren't a requirement and that you don't have to wear one if you don't want to. Just be yourself, because your worth is more than that," she said to Ryan Seacrest on the Golden Globes red carpet.

We'll back her on that one. After all, with the sophisticated touch of a pussy-bow blouse, Neil Lane jewels, and satin side strips on her pants, Evan was one of the best dressed at the ceremony. Scroll for a careful look.

Celebrity Couples
If This Is Gwen Stefani's Wedding Band, It's Certainly For the Coolest of Brides
by Sarah Wasilak 1 day ago