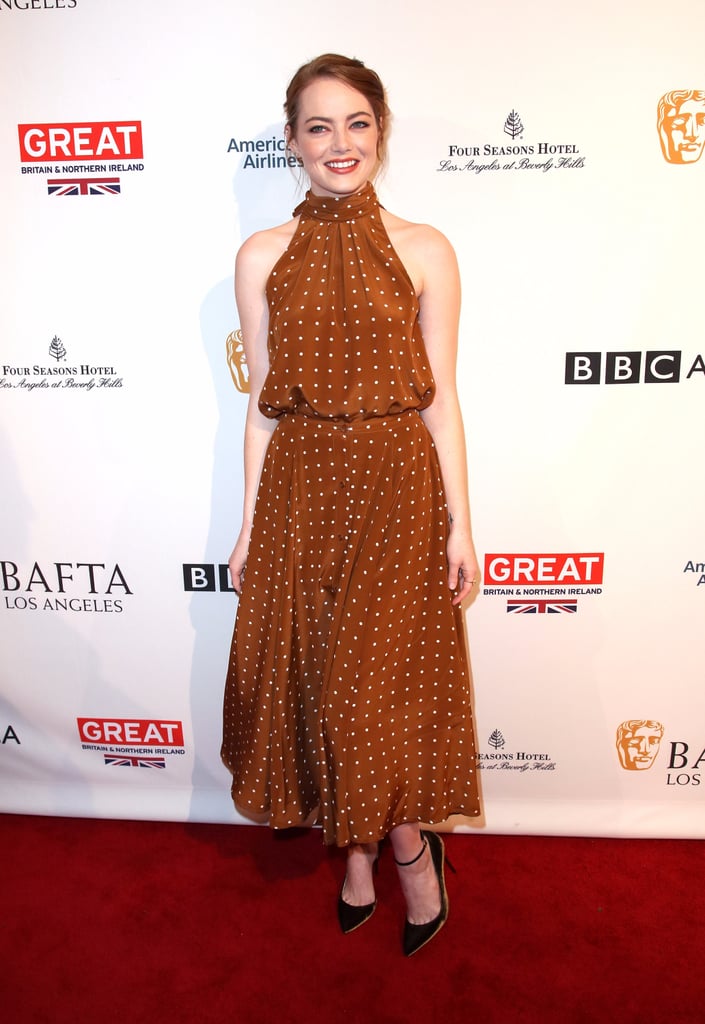 Emma Stone shone in her starry Valentino gown at the Golden Globes, but her more casual look at the BAFTA Tea Party was equally enchanting. For the daytime event, Emma showed up wearing a brown polka-dot dress from Diane von Furstenberg. If you're wondering, "Whoa, didn't Julia Roberts wear something similar in Pretty Woman?" you're totally right.

The DVF number echoes the polka-dot ensemble Julia, as Vivian Ward, wore in the film, when she escorted Richard Gere to a polo match. Though Julia wore her '90s dress with a pair of white gloves and sunhat, Emma gave her version an update with a halter-neck style. Read on for a closer look at Emma's Pretty Woman moment.

Celebrity Instagrams
It's a West Side Success Story! Rachel Zegler and Ariana DeBose React to Their Golden Globe Wins
by Naledi Ushe 1 week ago

Celebrity Instagrams
Mj Rodriguez Becomes the First Openly Trans Woman to Win a Golden Globe: "WE ARE HERE"
by Princess Gabbara 1 week ago