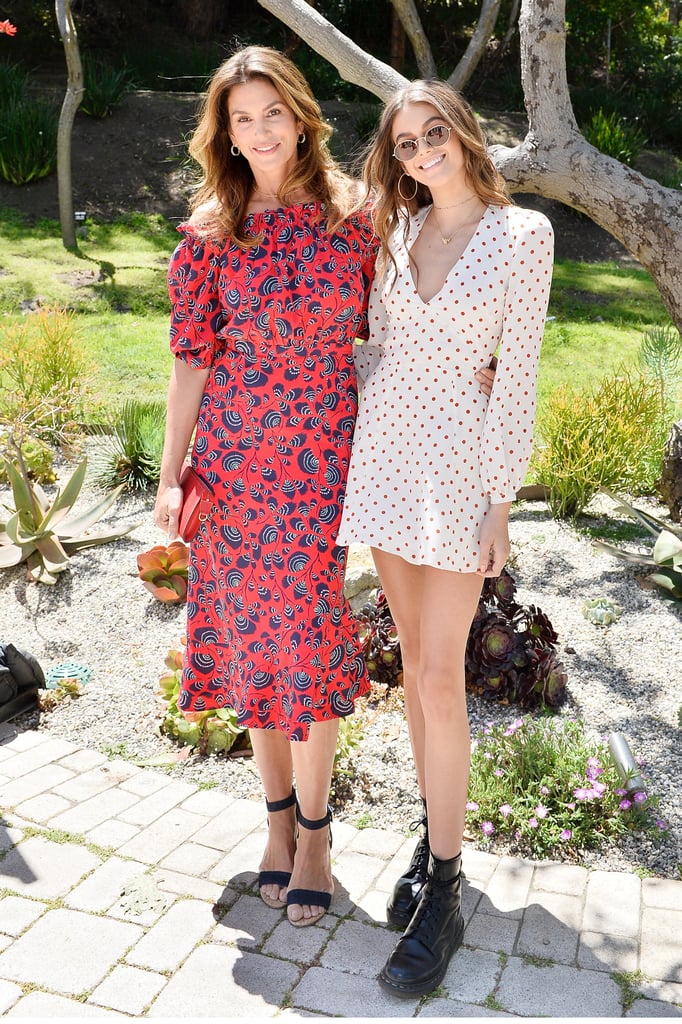 Cindy Crawford's Relationship With Her Model Daughter Is So Close, They "Text Every Day"

When it comes to Cindy Crawford and her two kids, the apples didn't fall far from the tree. Presley and Kaia Gerber have made names for themselves as It models and have even starred in a Calvin Klein campaign together. Of course, this dynamic duo just happen to be blessed with incredible genes, and as the kids of Cindy, well, that opens a lot of doors. In the May issue of Town & Country, Cindy reflected on what it's like raising two young models and acknowledged that she has an especially close relationship with her daughter.

The two communicate every day (here's a gentle reminder to text your own mom!). Cindy's also focused on raising her children with moral values and having them feel empowered to make their own choices. In fact, when it got to talking about the #MeToo movement in the industry, which Cindy said she was "lucky" she doesn't have a story about, she showed off her protective motherly side. The supermodel said she wants her kids to stand up for themselves, and if anyone ever tries to take advantage of Presley or Kaia, Cindy "will come after" them. We trust her on her words. Read on to see what else Cindy said in her interview, then check out Kaia's journey as a model.

F*cking Awesome Females
History Made: Katie Sowers Is the First Female and Openly LGBTQ Coach in the Super Bowl
by Samantha Brodsky 1 day ago

Fashion News
The New York Fashion Week Calendar Is Here — It's Short, Busy, and Exciting
by Balim Tezel 3 days ago