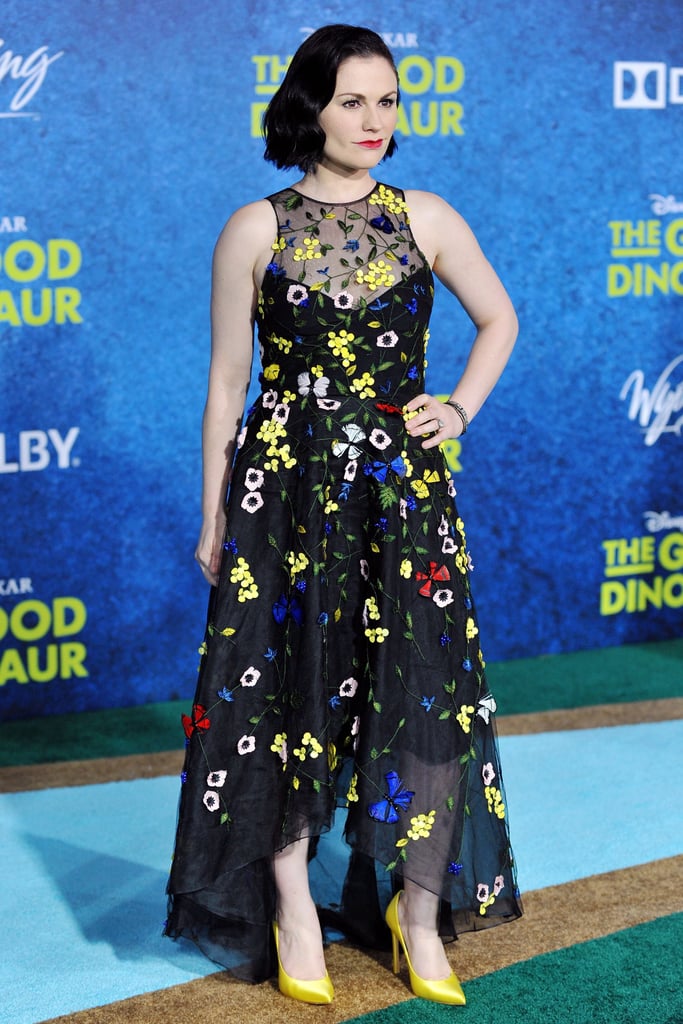 When Anna Paquin showed up to the premiere of her new film, The Good Dinosaur, she reminded us of a modern-day Snow White. Wearing an asymmetrical floral gown from Monique Lhuillier's Resort '16 collection, the actress looked impossibly pretty. From the design's sheer bodice, which revealed a subtly sexy glimpse at her bra, to its demure hemline, her feminine dress was the epitome of perfection. But according to Ms. Paquin, her lovely silhouette invited harsh comments:

Fun fact: Wearing a dress that is not skintight=Pregnant/invites people 2 call u fat. I'm neither so thanks 4 that pic.twitter.com/TZ960m8pPk

Wait — what the WHAT?! Finally, a star manages to construct a flawless look that's both princess-like and edgy, and this is the response she gets? Read on to see every angle of Anna's ensemble, which, in our book, is the very opposite of unflattering. One thing's for sure — by the time you're done admiring every little detail of her dress, this case of body shaming will be put on the back burner.

by Hedy Phillips 15 hours ago