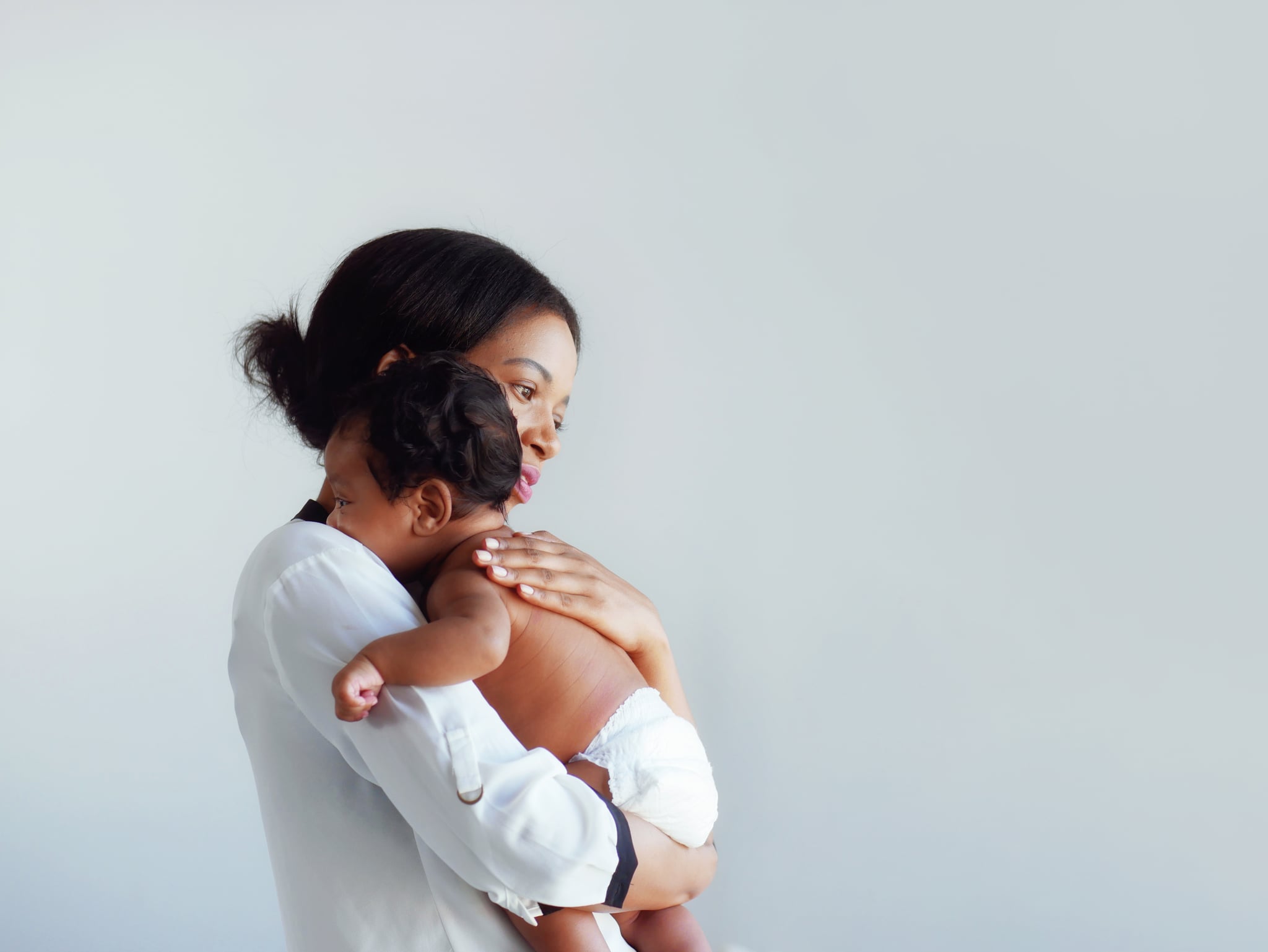 Most moms agree the transition into motherhood is more drastic than they would have expected. It's a conversation I remember having as a new mom, and have had with new-mom friends several times in the years since. No amount of preparation or education can possibly make you totally ready for the all-encompassing shift, which feels different for everyone. For some, there's an instantaneous connection to the baby and to the role of constant caretaker. For others, that connection takes time to develop, and while it's not something that's often talked about, it's totally normal.

I recently discovered a 2018 TED Talk on the topic called "A New Way to Think About the Transition to Motherhood." Clocking in at just about six minutes, the presentation by reproductive psychiatrist Alexandra Sacks, MD, is an introduction to the little-known concept of "matrescence," defined as the science of becoming a mother. Dr. Sacks first became aware of the term after two years of research on the topic, in an out-of-print essay called "Matrescence, Becoming a Mother, A 'New/Old' Rite de Passage" by anthropologist Dana Raphael, PhD. Dr. Sacks describes the terminology and definition surrounding it as a "helpful way to frame the conversation" and to normalize the transition.

It's no coincidence that the term matrescence is so close to "adolescence," Dr. Sacks notes. Both phases involve body morphing and a hormonal shift that can send the individual into a state of discontent. Often misdiagnosed or confused with the more serious condition of postpartum depression, matrescence is a completely natural progression. "Most people find it hard," Dr. Sacks says, and she believes that if more people talked about how difficult the transition to motherhood is, they'd feel less alone and stigmatized.

Dr. Sacks speaks about the "push and pull" of transitioning to motherhood. The pull comes from our uniquely dependent babies, who are difficult to take care of and require a lot of the new mom. "Evolution gives us oxytocin, which is released during childbirth and through skin-to-skin touch," Dr. Sacks says. This helps the new mother's brain zoom in to pay attention to her baby. But at same time, the woman's mind is pushing away. The mother remembers all the other pieces of her identity — work, hobbies, and spiritual, intellectual, and physical needs. This comprises the emotional tug of war that is matrescence.

Don't take our word for it, though. Watch Dr. Sacks's TED Talk for yourself, and take solace in knowing that becoming a mom is a unique challenge for each and every person who has been through it.