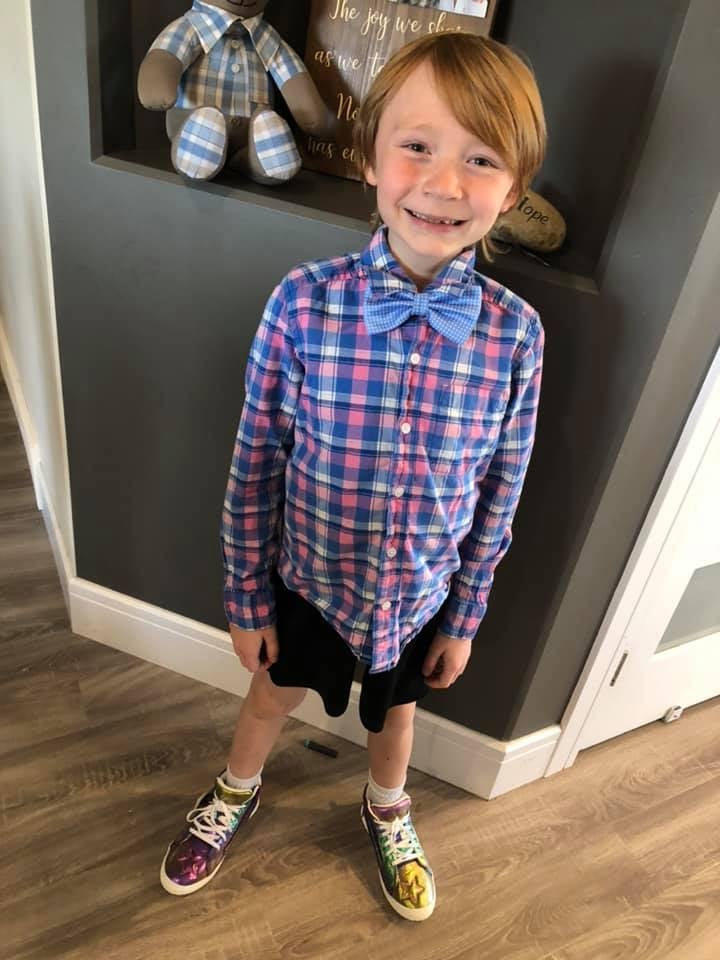 For mom of three Kristin Smysniuk, shopping for shoes has always been a struggle with her son, Sawyer. Given how gendered kids' clothing is, Kristin wasn't surprised to see a look of disappointment on Sawyer's face while shopping for some new kicks in the boys' section this past August. In a post that's taken off on Facebook, Kristin described how her son's body language made it clear how big of a role gender bias plays in everyday life.

"We have a bit of a history with shoes, Sawyer and I. So I'm always trying to be very present and very aware while we are doing it, she wrote. "I watch his body language. Study his face. Watch where he is pulled to and where he ultimately ends up going. As we walked toward the shoe section, I was keenly aware that we would be passing the 'girls' racks before we got to those intended for 'boys.'"

Related:
Based on a True Story, Disney+'s New Biopic Clouds Shows the Importance of Living in the Moment

Kristin shared that as they were making their way past the girls' section, Sawyer was clearly fond of a few options. "He lit up. His little body instinctively moved towards him, but he caught himself every time, and kept walking by toward the 'boy' section," she explained. "I asked multiple times if he'd like to stop, if there was anything he'd like to check out or try on, but he remained shy to let loose. And so, he made his way to the 'boy section.' Shoe after shoe. Style after style. The process was the same. Slip them on, walk around, and then, when asked what he thought, he would shrug his little shoulders and say 'they're okay, I guess.'"

At that moment, Kristin realized how early on we're conditioned to feed into gender norms, regardless of how you parent. "I was struck by how early we are taught who we are and are not supposed to be," she wrote. "What is made for us and what is not. What we are permitted to find appealing and what we are not. And this is a kid who comes from a home where this isn't 'a thing.'" Colors aren't gendered. Glitter isn't off limits. And there is never a time when he's not permitted to be fully and wholly himself. Yet here we stand. Trained. Conditioned. Unhappy in the middle of the shoe isle. Being who we are not."

"I was struck by how early we are taught who we are and are not supposed to be."

After asking herself some tough questions along the lines of "What if he gets made fun of?" and "What if his friends don't understand?" Kristin though about a lesson in Glennon Doyle's book, Untamed, noting that she would never want to stifle her son in any way — whether his choices are deemed socially acceptable or not.

"And that was enough for me," she said. "I can help him if kids are cruel, I can help him if people break his heart, I can teach the world one little rebellion at a time, but what I can't do is be the one who tames him.
So, with that, I found the sparkly, holographic high tops he's had his eyes on and I prayed they had his size."

After Sawyer was presented with his new pair of shoes, his reaction was overwhelmingly positive. "Then it came. All the good stuff. The fireworks. The laughter. The smiles. The excitement. THE EXHALE," she shared. "The powerful release from holding his breath. The profound freedom that came with feeling validated and really SEEN."

Although Kristin knows her shoe shopping example may seem trivial to some, it symbolizes how problematic preconceived gender norms can be for children. "I've said it before, and I'll say it again, it's not about the shoes. It's about challenging the narratives that the world has ingrained in us," said Kristin. "It's about challenging the status quo and being who we are instead of who the world thinks we should be. It's about showing our children the power of knowing oneself fully and completely and providing the space and the freedom for them to be exactly who they are."

"That's my job. He's of me, not mine," Kristin continued. "And my job is to ensure that there is never a moment of question about whether his mom and dad have his back. And it is to, one small rebellion at a time, show him he is not here to be what the world wants but instead to walk his own crooked line, to wherever the happiness lies." 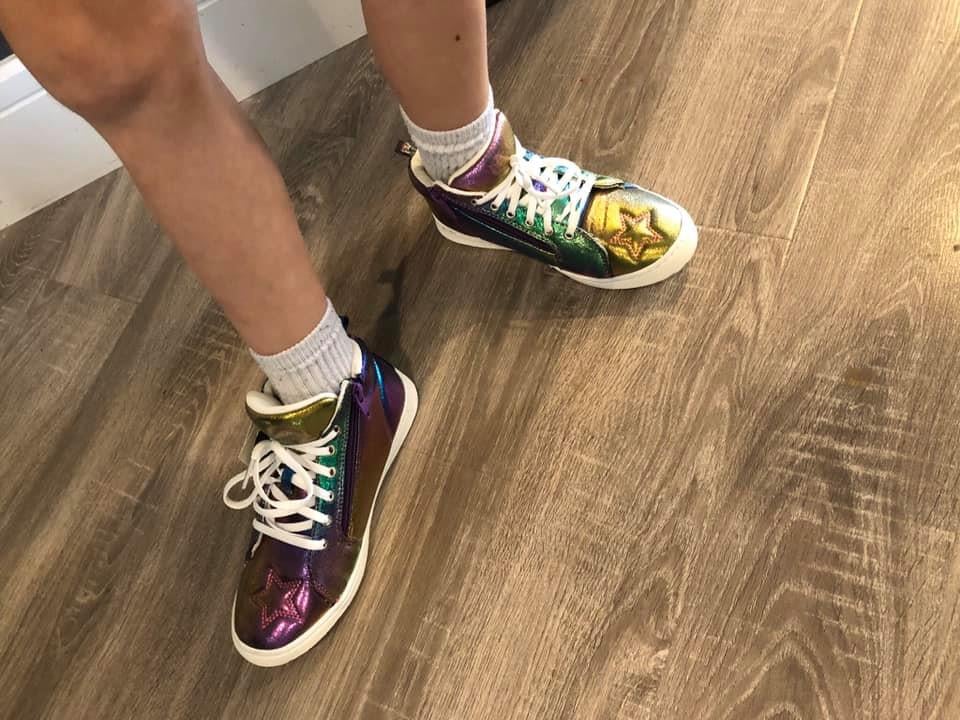 Tweens and Teens
A Hardy Boys Series Is Coming to Hulu, and Judging by the Trailer, Teens Will Love It
by Murphy Moroney 2 weeks ago 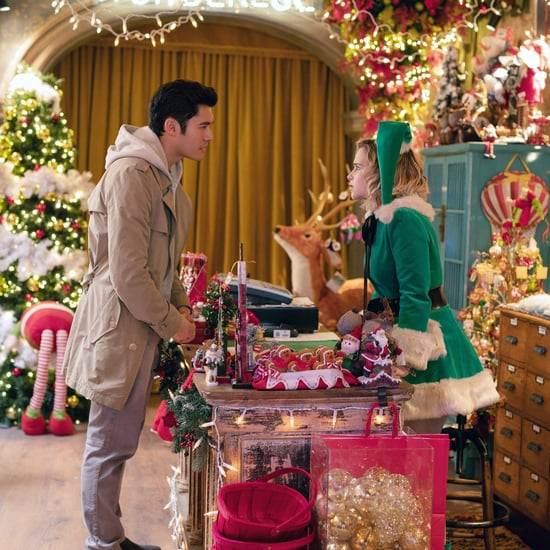 Tweens and Teens
Last Christmas, Let It Snow, and 13 Other Holiday Movies Your Teens Will Love
by Alessia Santoro 2 weeks ago