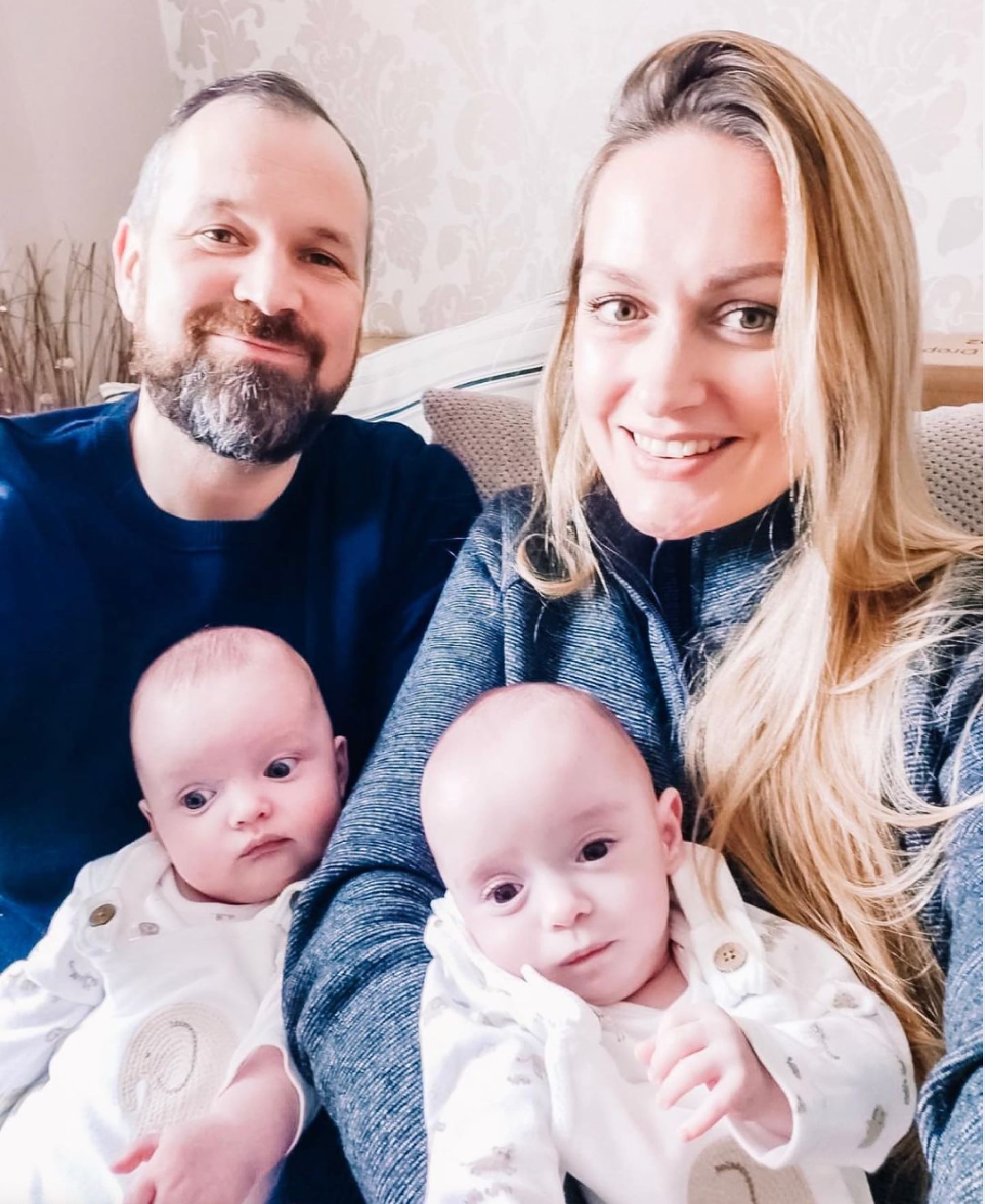 Rebecca Roberts and her partner, Rhys Weaver, were thrilled to learn that they were expecting their first child together last year after Rebecca had been undergoing fertility treatments. What they didn't plan for, however, was having twins who were born on the same day despite being conceived three weeks apart, a phenomenon known as superfetation — an extremely rare situation in which a pregnant person becomes pregnant a second time with another, younger fetus.

"It was really, really shocking to be told there were two babies instead of one," the 39-year-old mom told Good Morning America of her son Noah's 12-week ultrasound. "Then they told me there was a three-week size difference between the two babies that the doctors couldn't understand."

Related:
Jennifer Garner Is OK With the Fact That She'll Always "Look Like a Woman Who's Had 3 Babies"

At first, Dr. David Walker, Rebecca's OBGYN at Royal United Hospital in England, was befuddled by the phenomenon. Given how rare superfetation is, he thought he had just missed the second twin at Rebecca's first ultrasound. "My initial reaction was, 'How had I missed the second twin?'" he said. "And following this [I] was slightly relieved that it was not my mistake but a quite extraordinary pregnancy."

Due to COVID-19 restrictions, Rebecca had to attend that ultrasound alone and share the news with Rhys later. "When I found out we were having twins, [Rhys] was out in the parking lot," said Rebecca. "There was such a mixture of emotions."

"Twins have an amazing bond anyways, but the story between these two, when they're old enough to find out, they'll feel even more special."

With such limited information on superfetation available at the time, Rebecca and Rhys became extremely concerned as doctors had warned them that their second child — a daughter named Rosalie — might not survive.

"What came after getting pregnant was just such incredible hard work. It wasn't all happy and rainbows like you expect a pregnancy to be. It was quite scary," said Rebecca. "With twins it's scary already, and then because of my age and the fact that they were conceived at different points, and then we were told that all the odds were against Rosalie."

At 33 weeks pregnant, doctors had to induce Rebecca because Rosalie had an issue with her umbilical cord, causing her to stop growing. "She was only a 30-week gestation baby who hadn't grown properly at the end," Rebecca explained. "Her placenta never really grew properly."

Rebecca eventually gave birth to both children in September 2020. Although the couple was overjoyed with the births of their new arrivals, both babies had to spend time in the NICU — Noah, who weighed 4 pounds, 10 ounces at birth, had a three-week stay, and Rosalie, who weighed 2 pounds, 7 ounces at birth, spent 95 days in the hospital.

Related:
Ciera Lost 133 Pounds and Shares These Progress Pics to Inspire Others Because "the Scale Is a Liar"

The family was reunited before Christmas, and now, Rebecca and Rhys are continuing to share their family's story on their Instagram page, @roberts.supertwins. "They're my supertwins," said Rebecca. "Every day I look at them and think, 'Wow, I'm so lucky.' I wanted another child for years and years and years, and I waited for the right guy to come along, and then I met Rhys and we fell in love, and we wanted a baby, and we were trying for ages to have one, and we couldn't get pregnant," she added. "Then we got pregnant and were blessed with two babies. It's like, wow, this was worth waiting for."

Fortunately, both babies are officially in good health, and Rosalie is getting bigger each day. "When we lay them down next to each other, it's like they instantly know, and they reach out and touch each other's faces, and it's just the most beautiful thing," gushed Rebecca. "Twins have an amazing bond anyways, but the story between these two, when they're old enough to find out, they'll feel even more special." 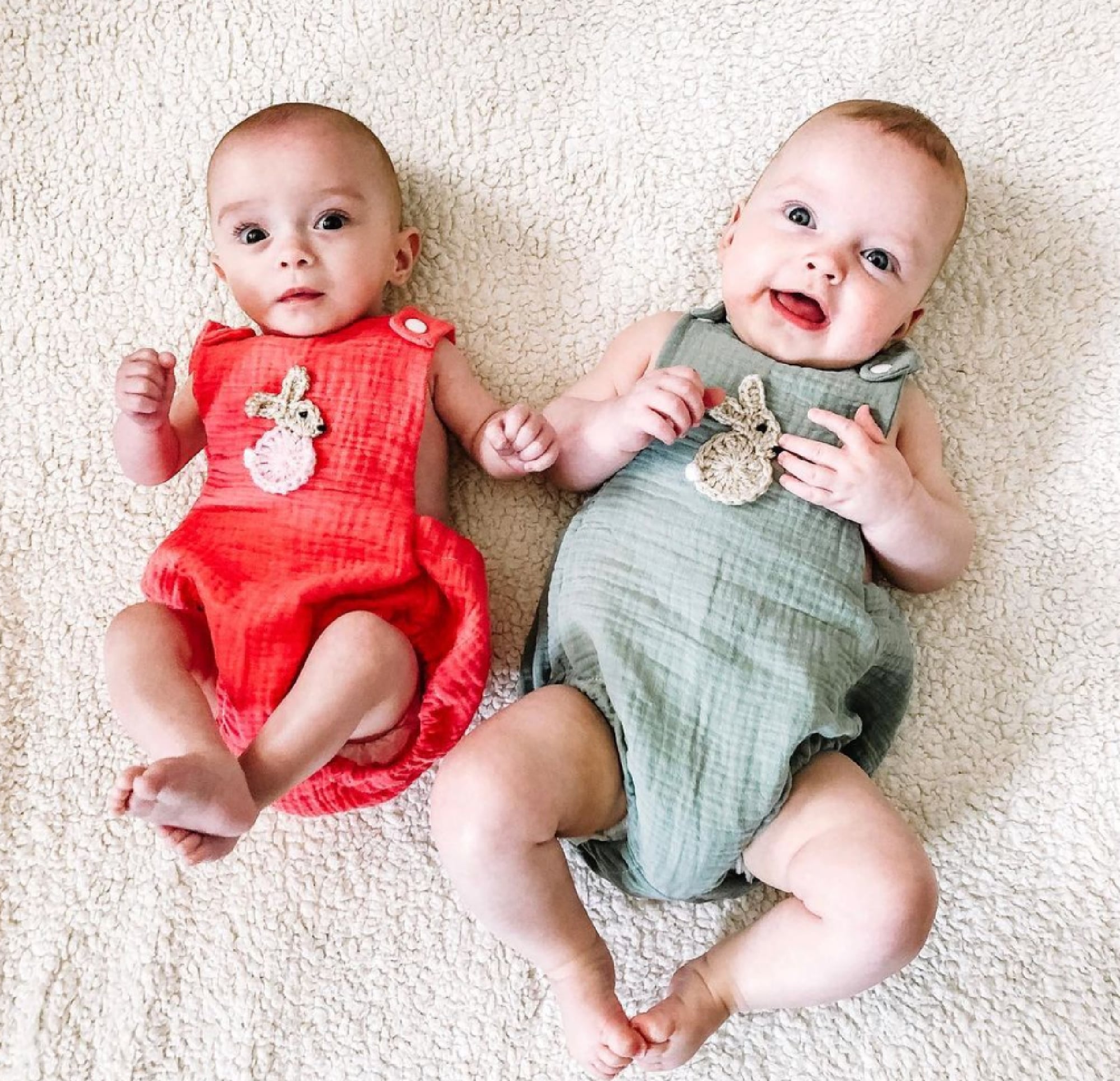 Nick Cannon
Nick Cannon Is a Dad of 6! Abby De La Rosa Welcomed Her Twin Boys on June 14
by Alessia Santoro 1 week ago

The Tonight Show Starring Jimmy Fallon
Ilana Glazer on Being in Her Third Trimester: "Now That I'm Not Puking, This Is Really Cool"
by Alessia Santoro 1 week ago

Little Kids
10 Online Parenting Classes That'll Help Every Parent, No Matter What Age Your Kid Is
by Sydni Ellis 2 weeks ago 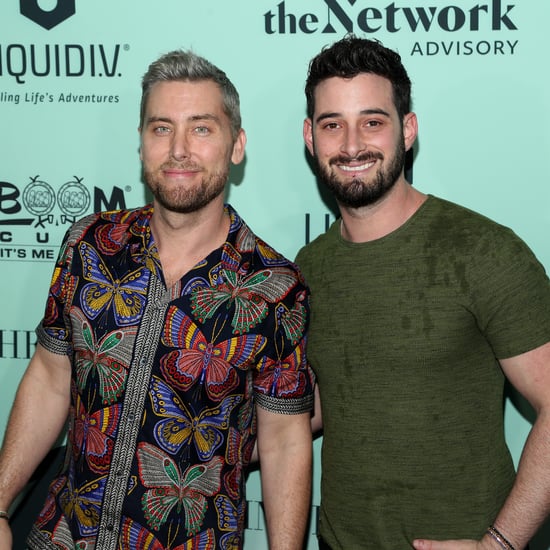 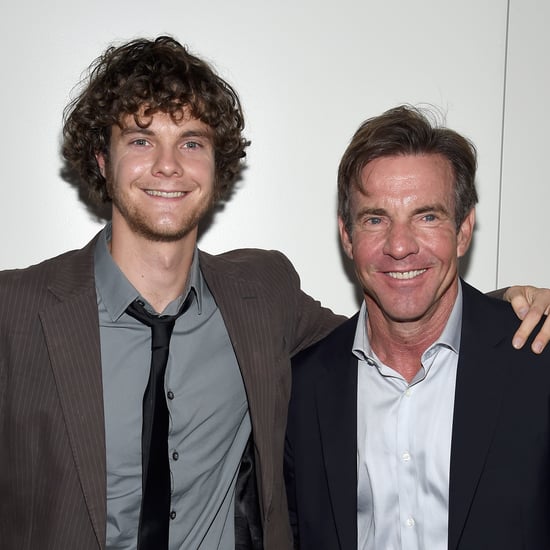 Celebrity Families
You May Know Dennis Quaid's Actor Son Jack, but Did You Know He Has Teen Twins?
by Alessia Santoro 5/25