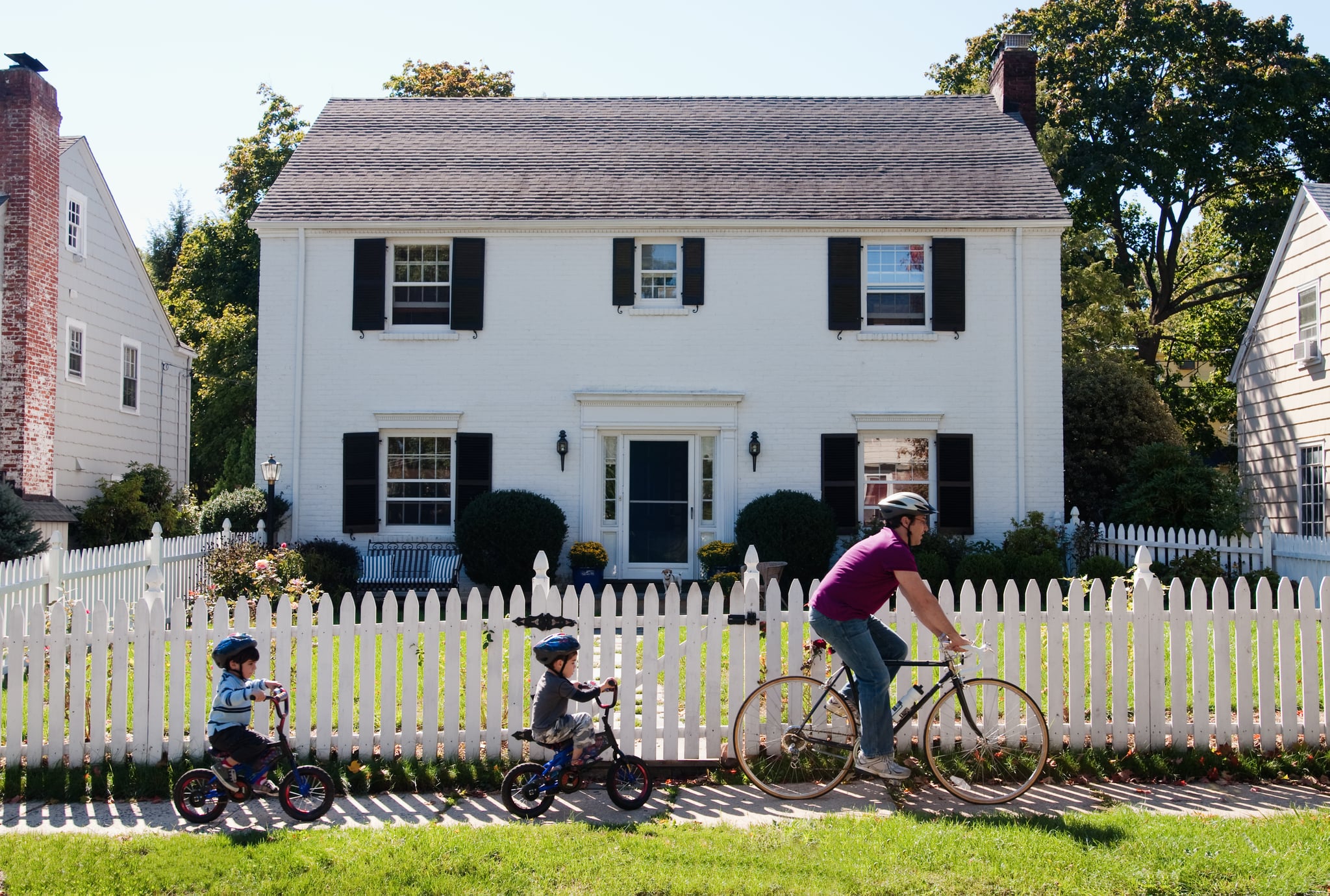 Parents looking for ways they can do their part to raise antiracist kids are now hyper-analyzing every word they utter. How do I define race to my toddler? What do I say when my kid comments on someone's skin color? How do I even begin to explain privilege to my preschooler? But, according to experts, these quandaries, although important, are tantamount to worrying about a patch of ice while neglecting the gigantic iceberg below the surface.

Related:
If You Think Your Kids (or Babies!) Are Too Young to Understand Race, Here's Proof They Already Do

"One of the most important lessons of my research is that actions speak louder than words," said Dr. Margaret Hagerman, a sociologist and author of White Kids: Growing Up With Privilege in a Racially Divided America, who spent two years studying 30 affluent white families in a Midwestern community. "Whether parents use colorblind language — 'we don't see race' — or color-conscious language — 'we are antiracist' — what they say matters far less than what they actually do, and specifically, what they do to design their child's social environment."

Why a Child's Social Environment Matters Most

More than conversation, white kids learn about race as a result of their own independent experiences and by their interactions with peers, coaches, strangers, and teachers – all of which is profoundly entrenched by where they grow up, Hagerman surmised.

"A white child who grows up knowing diverse people doesn't have to rely on media or stereotypes to shape their ideas about Black culture. They are more likely to see the humanity in the people they can name."

"This is a crucially influential aspect of raising white kids in America that is often overlooked," Hagerman said. "The choices parents make about how to set up children's lives influence their kids' ideas about race and racism. The neighborhood they live in, the school they attend, and the activities they participate in — sports leagues, religious organization, clubs, summer camps — set the parameters for how kids understand race. And this is true whether parents are consciously aware that these choices matter or not, and regardless of what parents explicitly say about race."

Shawnese Givens, a family therapist, concurred that a child's social environment – or, simply put, where they live – is perhaps the most crucial aspect of raising antiracist kids.

"It plays a huge role in the development of their understanding of race because having friends, teachers, and community members of color contributes to a diverse understanding of the human experience," Givens told POPSUGAR. "A white child who grows up knowing diverse people doesn't have to rely on the media or on stereotypes to shape their ideas about Black culture. They are more likely to see the humanity in the people they can name."

Kiarra Story, a Minneapolis-based administrator at Spanish immersion school Tierra Encantada, has seen this first-hand as a teacher and as a Black parent: "You are a product of your environment. When growing up, the ideologies of the people you spend most of your time with, whether peers or parents, begin to affect you. They begin to rub off on you at some point and you begin to view life in the same lens that they do. Sometimes that lens is smudged with racism."

That's why she said a diverse community is foundational in forming positive racial views, and if parents have set up their family to live in such a community — either consciously or subconsciously — a major obstacle toward combatting racism has already been tackled.

In fact, in Hagerman's study, half of the white kids lived near Black or Latinx neighborhoods and participated in activities with children of color on a regular basis. Most of these kids were comfortable discussing race, conveyed complex ideas about racism, and had applied experiences participating in social activism. The other half of her study, however, lived in almost entirely white neighborhoods and rarely took part in activities with children of color.

"These white kids joked around about race with their friends, using the phrase 'that's racist' as an insult akin to 'that's stupid,' and had limited understandings about both contemporary and historical aspects of racism in America," Hagerman explained in an essay in Time. "This was true in families where parents spoke openly about race as well as in those where race was perceived as an unnecessary topic for family discussion."

Her research also zeroed in on how the parents' choice of neighborhood "has serious consequences for the lessons kids interpret and the cues they pick up on" from that environment, even among those with seemingly good intentions.

"When parents move to a segregated white neighborhood because the kids in the integrated neighborhood are 'too rough,' or when the only people in a child's life are also white with the exception of the economically marginalized Black and brown people at the soup kitchen whom they are told they must help 'save,' children notice and develop understandings of not only the position of others in society but also of themselves," she told POPSUGAR. "They learn about their own power and privilege through observing and interpreting this world around them."

A Kindergarten Teacher Explains Racism to Young Kids: "You Have the Voice"

For many parents just now realizing that their home address or their zip code could negatively shape their children's ideologies on race, it might feel as though, short of uprooting their lives and starting over, they are doomed to fail. What does this mean for those trying to raise antiracists in one of the nation's least diverse states – say, Vermont, Maine, or New Hampshire, all of which are more than 95 percent white? What can those parents in rural communities, with a scant population as is, do to reconcile their location problem?

"While living in a diverse neighborhood or having close connections with Black folks is helpful, it's not a prerequisite to raising a child with an antiracist framework," Givens said. "White parents can cultivate a library of books and television shows that center Black voices and experiences."

Kabria Baumgartner, an assistant professor of American studies who wrote In Pursuit of Knowledge: Black Women and Educational Activism in Antebellum America, added that it's about being intentional – it's hard to find a single corner of the US devoid of options.

"Enroll children in programs where other children of color are present. That might mean leaving your neighborhood and, of course, if you're hesitant to that, I'd ask you to think critically about why that is."

"For those who reside in less diverse areas, continue to educate yourselves on the long history of racial injustice and protest in this country, and then commit to it," she said. "Join a racial justice organization in your region and listen first and then participate. Organize an antiracist book club and start with Ijeoma Oluo's So You Want to Talk About Race. There are also YouTube videos, workshops, speakers, and programs that you can engage. Embrace the opportunity to travel to explore a new culture, too."

Whenever possible, Story said that parents – particularly those who have flocked to the suburbs or who've taken up residence in a more gentrified subsection of a city – should expose themselves to diversity.

"Shop at grocery stores in diverse neighborhoods, go to parks in urban areas, get your children into sports or activities at those parks, and become acquainted with the other parents and children who frequent those parks," Story said. As for the common concern from white parents that they don't know how to foster interracial friendships, Story added that by organically engaging in this way, "the friendship wouldn't be forced if it's something you actually want and if you are open to it. Children do it, so adults can, too."

"They can enroll their children in programs where other children of color are present," she said. "That might mean leaving your neighborhood and, of course, if you're hesitant to that, I'd ask you to think critically about why that is."

The reason for such hesitation, Hagerman noted following her study, is because parents' actions do not always line up with what they say they believe – that white parents often say they want diversity in their children's lives, but their actions "demonstrate their desire to protect practices of segregation within diverse schools that offer advantages to their kids."

Related:
How You Can Explain This Week’s Black-Led Uprising to Your Kids in an Age-Appropriate Way

Perhaps now that parents are more readily coming to terms with how their lifestyle choices have systemic racial repercussions, they may be more apt to do the hard work to rectify them. Otherwise, she warned a disheartening pattern will continue: one in which parents who actively live in a non-diverse social environment recognize the disparity yet continue to do nothing about it.

Givens, however, hopes this understanding of the social environment's impact will cause most white parents to take action in whatever way they can.

"This is especially important if your child attends an all-white school because this is where they spend most of their time, but simply going to a diverse school will not result in a child free from white supremacist thoughts and behaviors," she said. "Parents must take a broader approach that includes direct and ongoing conversations, modeling antiracist behavior, and cultivating diverse relationships in theirs and their children's lives."

Summer Olympics 2021
In a Passionate Letter, Allyson Felix Shows Her Daughter — and the World — What a Strong Mama Looks Like
by Kate Schweitzer 1 day ago 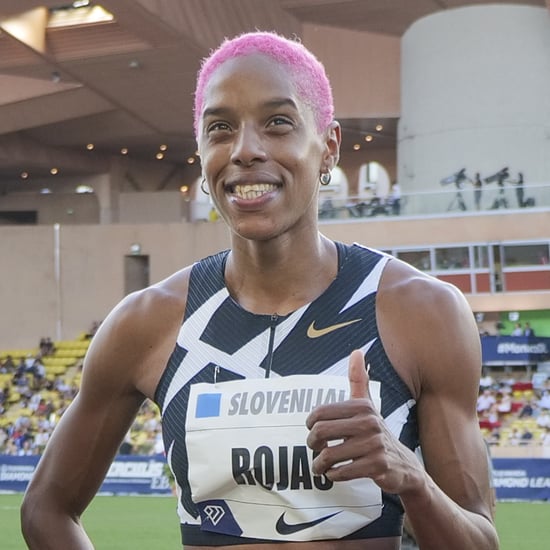 Gossip Girl
The Gossip Girl Reboot Has a More Diverse Cast, but It Still Lacks Representation
by Charlene Masona 1 week ago

by Tara Block 3 hours ago

by Jennifer Fields 21 hours ago