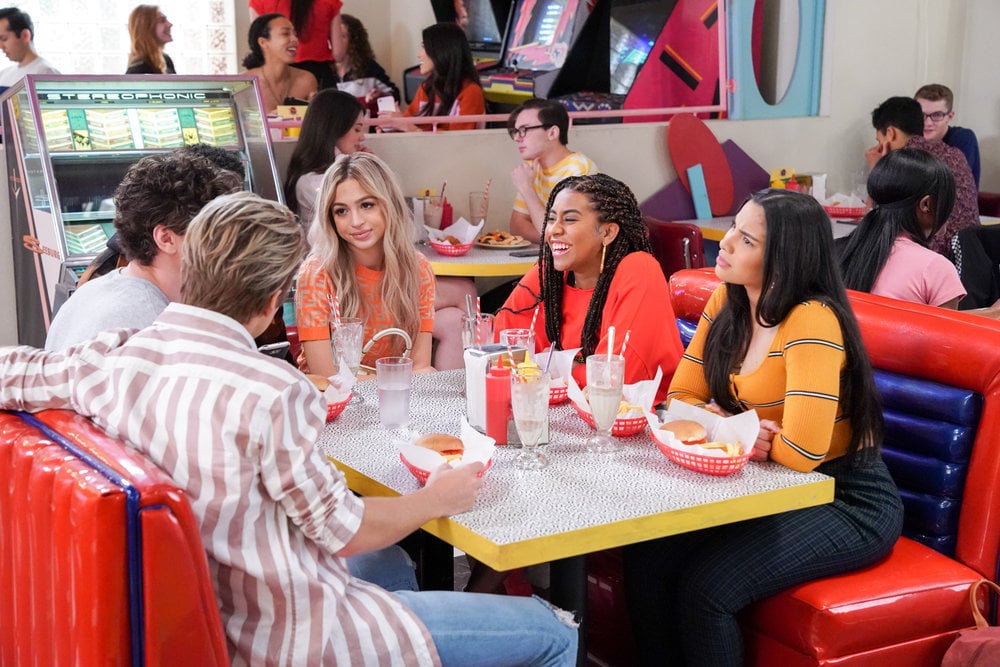 It's totally meant to be satire.

The Saved by the Bell reboot touches on concepts of racial bias and economic disparities between nearby communities. From the get-go, we see the Bayside parents' over-the-top reactions when they learn that students from a less-privileged area will be attending their children's mostly white high school.

Additionally, Lexi and Mac make it clear from the first episode that they live extremely sheltered lives. Never forced to have a job or work hard for anything — Mac, for example, fakes a dyslexia diagnosis to get out of an assignment — they have trouble connecting with Aisha, Devante, and Daisy at first.

Because the former Douglas students didn't grow up shrouded in privilege and opportunity, they bring the Bayside students down to earth throughout the series. At one point, we see Daisy struggle to pay for her student council posters while her white counterparts clearly have no concept of the value of a dollar. While there are points in the show that will make you mutter "oof" under your breath (Dexter being accused of stealing the school's iPads is a great example), remind your teens that the characters' behavior is meant to be bombastic to drive home a point.

Hulu
Wu-Tang: An American Saga Star TJ Atoms Shares His Hopes For a Possible Season 3
by Njera Perkins 1 day ago

Holiday Movies
Yes, You Can Watch Hallmark Christmas Movies Without Cable — Here's How!
by Amanda Prahl 1 day ago

by Naledi Ushe 16 hours ago