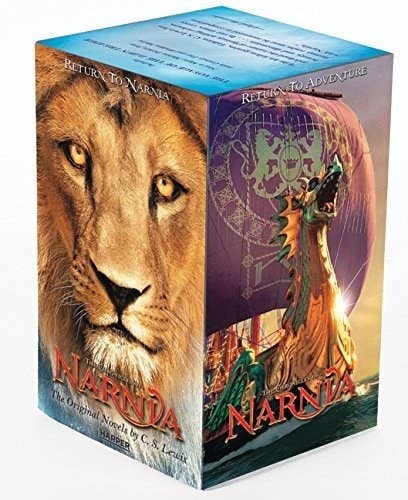 The Chronicles of Narnia Series

What the series is about, according to Amazon: "Set in the fictional realm of Narnia, a fantasy world of magic, mythical beasts, and talking animals, the series narrates the adventures of various children who play central roles in the unfolding history of that world. Except in The Horse and His Boy, the protagonists are all children from the real world, magically transported to Narnia, where they are called upon by the lion Aslan to protect Narnia from evil and restore the throne to its rightful line."

Number of books in the series: 7

Ages the series is best suited to: 8 and up

Buy the books here: The Chronicles of Narnia Series ($29)

Little Kids
This 5-Year-Old Gave Her Mom the Sweetest Compliment, and Her Reaction Will Melt Your Heart
by Yerin Kim 3 days ago