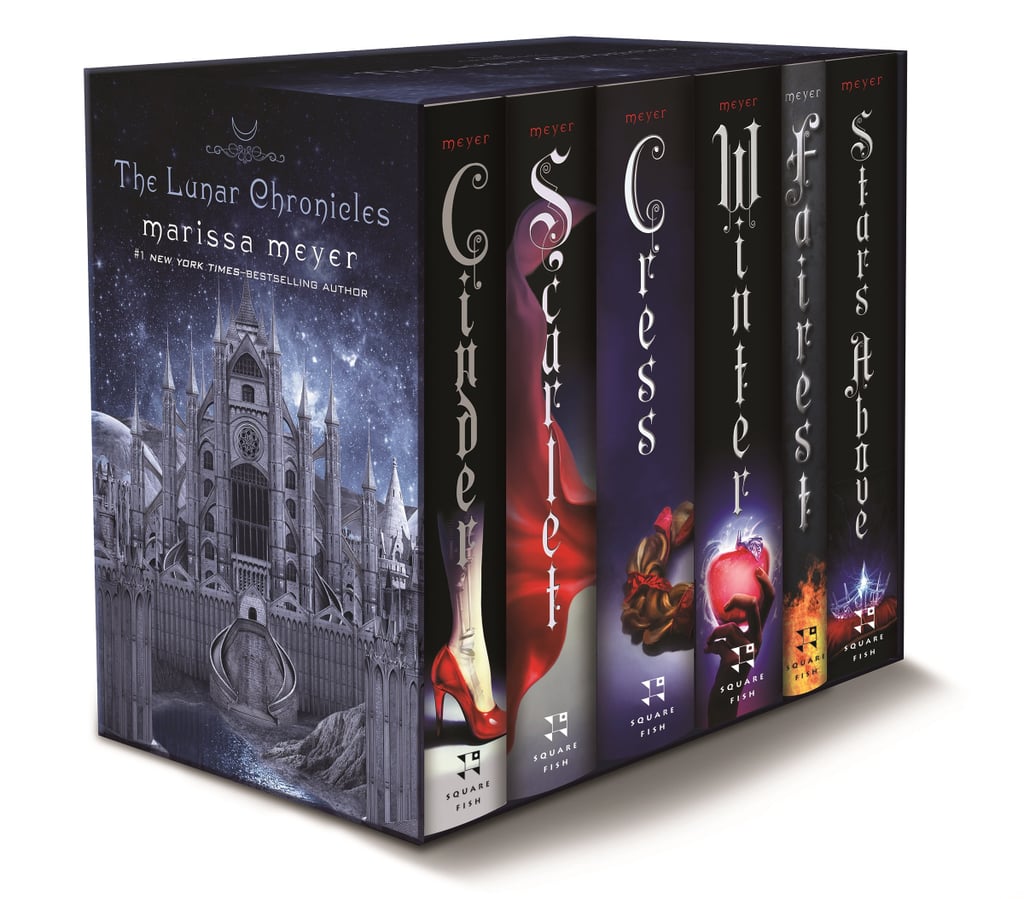 What the series is about, according to Amazon: "The Lunar Chronicles are futuristic retellings of classic fairy tales. In Cinder, a teenage cyborg (half human, half machine) must deal with a wicked stepmother, start a rebellion against the evil Queen Levana, and decide how she feels about a handsome prince. As the series continues, Cinder forges alliances with Scarlet, a spaceship pilot who is determined to solve the mystery of a missing loved one ― with the help of a magnetic street fighter named Wolf; Cress, a computer hacker who is imprisoned by Queen Levana; and Winter, a princess who's in love with a commoner, and who discovers that Cinder, Scarlet, and Cress may hold the key to saving her kingdom — and the world."

Number of books in the series: 6

Fashion News
Sneakerheads, Prepare to Be Captivated by Virgil Abloh's Design Process in His New Book
by Perri Konecky 2 days ago

Books
12 Best YA Books of January 2021, Including the Latest From Angie Thomas
by Sabienna Bowman 4 days ago