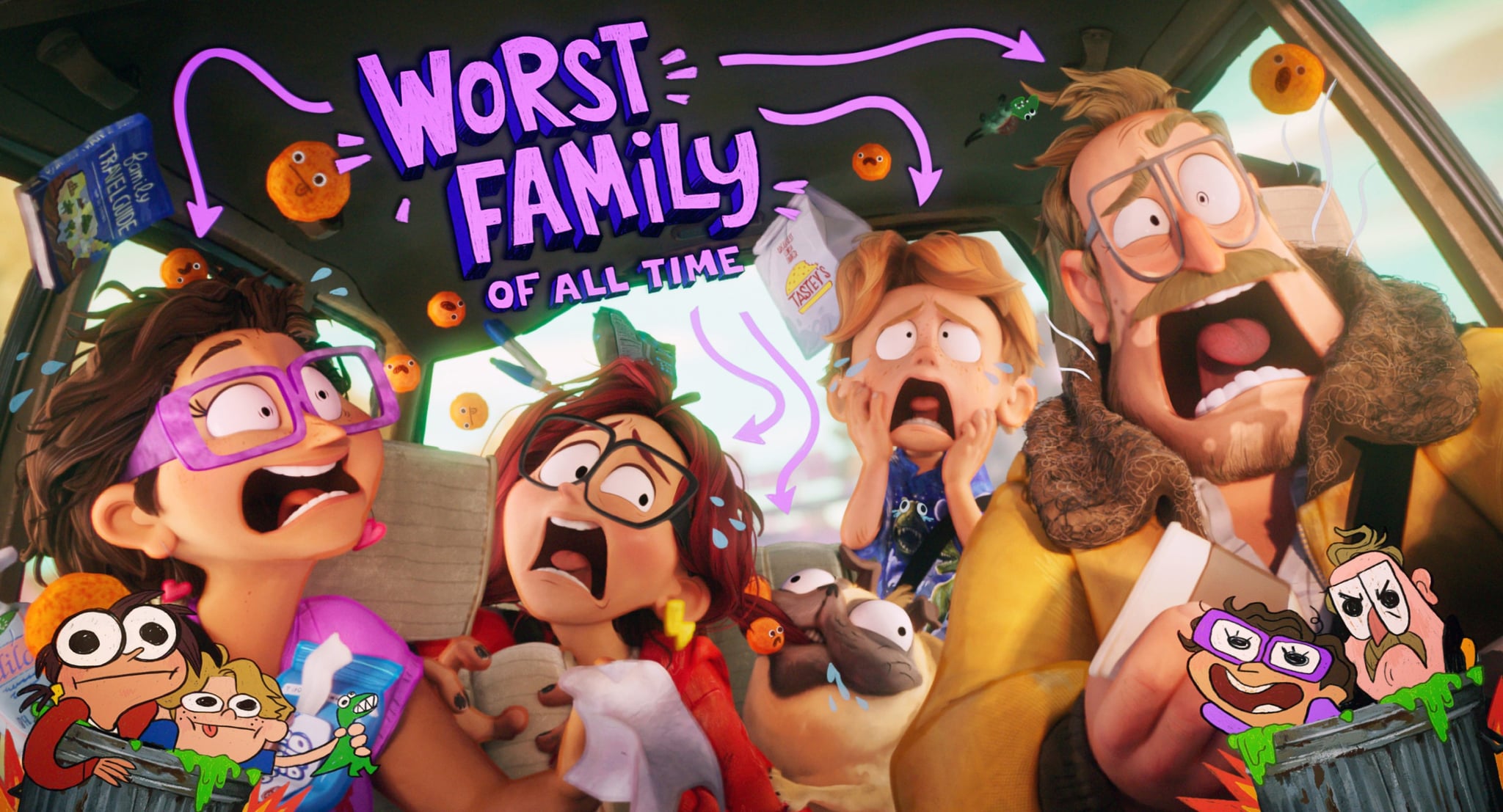 After a pushed back release date, a name change, and a switch to debut on Netflix, The Mitchells vs. The Machines is finally out, and your family is going to love it. The animated film features the voices of Abbi Jacobson, Maya Rudolph, Olivia Coleman, and Danny McBride, and has a fresh and hilarious concept that will keep your kids (and you!) laughing out loud through its 114-minute runtime. However, while the film is fun, unique, and has sweet messages about acceptance and the importance of family, there are a few notes you may want to keep in your back pocket if you're planning to watch with younger or more sensitive kiddos.

Keep scrolling to learn more about The Mitchells vs. The Machines (light spoilers only, I promise!) before you watch with your family on Netflix.

Related:
Hotel Transylvania 4 and 23 Other Family Movies That Are Coming Out in 2021

What Parents May Want to Know About The Mitchells vs. The Machines Before Watching With Kids

Spotify
The Songs From Bo Burnham: Inside Are Making a Literal Difference (Metaphorically)
by Grayson Gilcrease 1 day ago

Netflix
Locke & Key Is Back For Season 2 Sooner Than You Think — Here Are the Latest Photos!
by Stacey Nguyen 1 day ago

Spotify
School Might Be Out, but You Can Still Score These Student Discounts on Streaming Services
by Lauren Harano 1 day ago