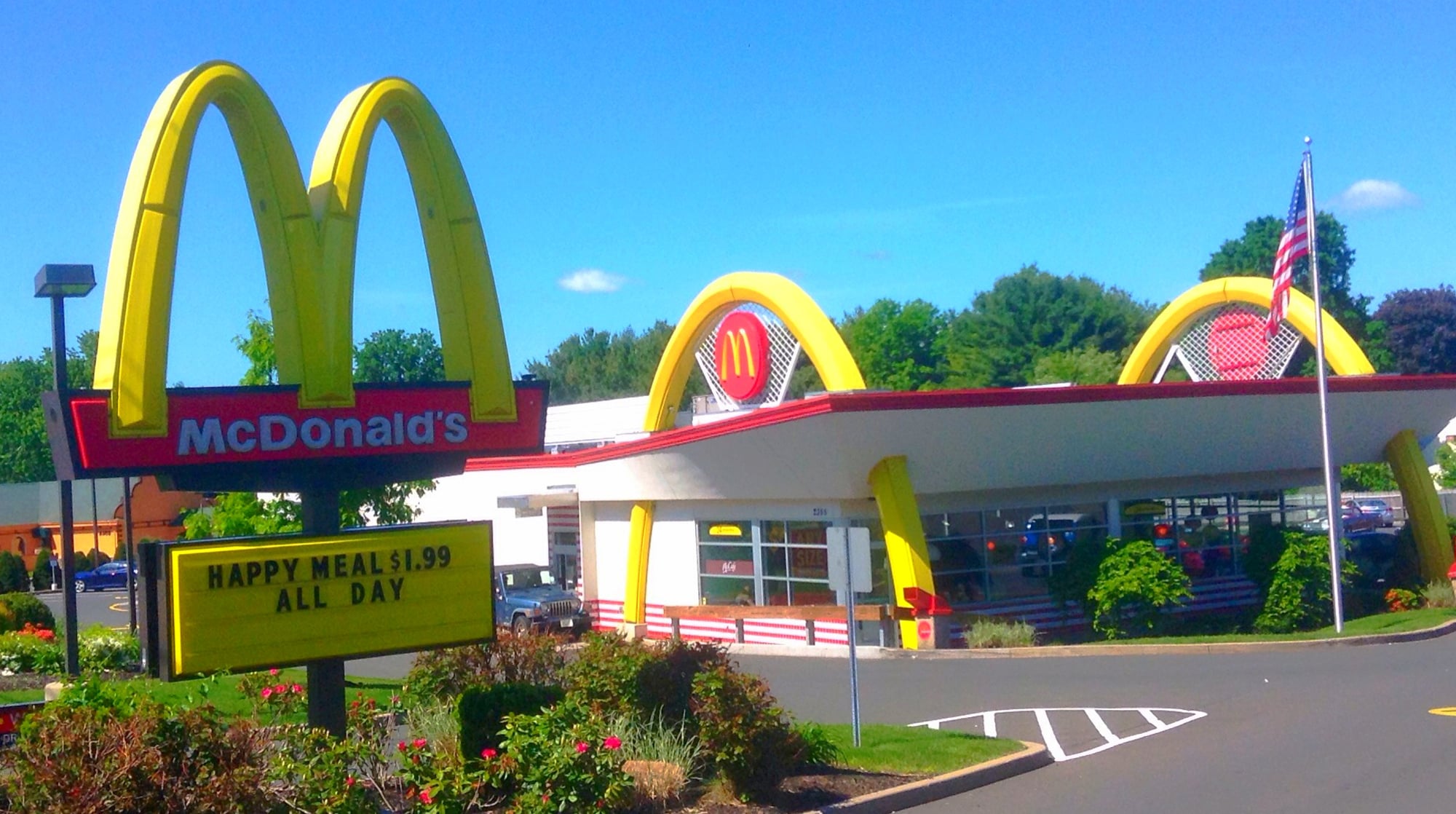 We were driving the five hours from Chicago to St. Louis to visit my parents, and although we'd often pack snacks for our two kids ahead of such a road trip, we realized halfway through the drive that pickings were slim. My husband pulled off at a nearby exit and I saw the golden arches of a McDonald's just around the corner. We normally don't indulge in fast food (and if we do, I'm a Taco Bell fan all the way), but it'd already been a long trek, and we had no business being picky.

My oldest daughter had to go to the bathroom, so she and I went inside to order while my husband, toddler, and dog saddled up to a picnic table out front.

"Are these for girls or boys?"

When I approached the counter, I was clearly a newb. All the brightly lit signs featuring value meals and combo deals and super sizes overwhelmed me. I ordered some burgers for me and my husband and two Happy Meals for my kids. I didn't expect so many follow-up questions. "Do you want a four-piece or a six-piece Chicken McNugget?" "Apple slices or Yoplait?" "What drink — milk, water, or juice box?"

I answered them all as quickly as I could with a full-bladdered 4-year-old tugging on my shirt, and just when I was digging in my purse for my credit card, the cashier asked one more question.

"Are these for girls or boys?"

I looked up. Genuine confusion crept across my face, so she repeated herself.

I looked down at my daughter, who was now paying attention. It felt like we were all standing there staring at each other for an hour as I internally waffled with a reply.

Do I just tell her I have two girls? Do I ask for more information about the toys (I considered asking what the "boy toy" and "girl toy" was but felt that in doing so, I'd be normalizing such a classification)? Do I refuse to answer? Ask to speak to a manager?

While we waited for our order, I took my daughter to the bathroom. She asked, "What were you and that woman talking about?" I once again struggled for words, but as I opened my mouth, my kid kept talking: "Did she say I get a toy?! Is that true?" Her mind, thankfully, seemed to be elsewhere. 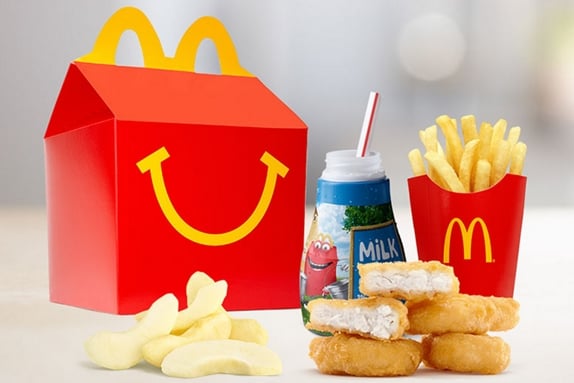 When our food was ready, I grabbed the trays and rushed out to the picnic table. Before I could even hand the Happy Meal boxes to my kids, I ripped apart the paper handles and reached in for the toy.

Inside the first? A miniature Barbie doll.

The other? A Hot Wheels car.

(To add insult to injury, the Barbie came with a purple hair comb and the Hot Wheels car came with a two-piece plastic ramp a kid could learn to build.)

Perhaps it was the hours-long drive still ahead of us, but I felt so deflated. While my two daughters devoured french fries, I realized something.

Up until then, no one had ever asked me about my child's gender before making a judgment call on what was "for" her.

As a female, I've experienced unconscious gender bias for as long as I can remember. And since having kids, I've certainly seen how it has subtly crept into their world. I've searched through clothing racks and wondered why a dinosaur onesie for an 18-month-old was in the boys section (or why there are girls and boys clothing sections at all), and I'd recently flipped through a Halloween costume catalog from a popular children's brand that had boys dressed as astronauts and superheroes and girls dressed as butterflies and unicorns. I've watched countless YouTube videos of gender reveal parties that make a big to-do over "pink or blue" or, more eye-rolly, "barrettes or bow ties."

But this was actually the first time it had been so overtly thrust my way. Up until then, no one had ever asked me about my child's gender before making a judgment call on what was "for" her.

I sat there, watching my girls fight over who got to play with what (don't worry, they were less concerned with the "appropriate" toy for their gender as they were with being able to play with whichever one the other sister had), and debated with my husband over whether I should see it as progress that these moments of blatant gender stereotyping are few and far between.

Yet, the fact that this happened at a random McDonald's — one of more than 36,000 locations in more than 100 countries around the globe selling more than $35 billion worth of food each year — gave me pause.

McDonald's has done a lot of things right. It's the world's fourth-largest employer, it's contributed to global children's charities like Ronald McDonald House, and, heck, it's even rolling out a plant-based burger this month. But it's got to be better at this. When consumers pushed back on the lack of nutritious options for families, McDonald's made changes. They started offering apples in 2004, they excluded soda from the Happy Meal section of its menu boards in 2013, and they swapped regular juice for a less-sugary organic equivalent in 2017. They're currently making other changes to its kids meals to reduce calories, fat, and salt.

Related:
Some Parents Are Starting to Raise Gender-Neutral Children, and Yes, the Movement Is Picking Up Speed

Being less gendered certainly feels like a simpler problem to solve than reducing sodium counts or, say, using recyclable materials in all of its packaging, a pledge the corporation made last year. The solution here is without any financial cost, though it might require a bit more corporate training. Just as easily as this cashier asked me, "Boy or girl?" she could have instead asked, "Barbie or Hot Wheels?"

It's such an easy tweak that goes such a long way, not just for my children but for all the boys and girls and nonbinary kids out there, who maybe would like to play with the toy that wasn't assigned based on their reproductive organs.

It's been weeks since our trip to McDonald's. And although those two toys are nowhere to be found, stuffed at the bottom of a bin somewhere, I still wonder if my oldest daughter noticed the question that was asked in her presence at that fast-food counter. If that was the moment someone first told her that girl toys and boy toys were different. And if she believed them.

Acne
I Have Clear Skin, but Only Because I Take This Oral Medication
by Jessica Harrington 3 days ago

Netflix
Yes, Everyone Is Still Talking About Bo Burnham's Inside Special — Here's Why
by Morgaine McIlhargey 3 days ago

Personal Essay
I'm Curvy, and Wearing Lingerie For the First Time Totally Boosted My Confidence
by Casey Clark 3 days ago