John Legend is thrilled to become a dad to three little ones. The father of two shares 4-year-old Luna and 2-year-old Miles with his wife, Chrissy Teigen, and used the music video for his new song "Wild" to share his family's news with the world. At the very end of the video, we see the couple hug as Chrissy cradles a small bump, revealing her pregnancy to the world. In a chat with Craig Melvin for Today, John shared a few details about the video and the couple's exciting surprise baby news.

John shared that one of the many reasons the "Wild" video was extremely special for him and his "costar," Chrissy, had to do with its director. "She loves the song and we met through a guy named Nabil Elderkin who cast her in a video I did back in 2006," he said of the video for his song "Stereo." "He thought I would get along with her very well, and we might hit it off, and we ended up dating not too long after that. And so, it's all come full circle. Now he's here for another chapter in our lives with this video."

Chrissy also appeared in John's video for "All of Me" — which is about her! — before the duo welcomed Luna into the fold, and then Luna made her music video debut alongside her mom and dad for John's song "Love Me Now" in 2016. "Wild" is the first music video experience for Miles — and technically baby number three! — which just adds to the video's insane levels of sweetness.

"We're very excited, it was a surprise — a little quarantine surprise, I guess you could say," John shared of the couple's baby news, laughing. "We're very excited and we're grateful for all of the well-wishes that we've gotten from people all around the world."

On Twitter, Chrissy also touched on the surprise aspect of conceiving naturally after getting pregnant with both Luna and Miles through IVF, sharing: "For many years now, I've taken pregnancy tests almost every month, praying to see a positive one day. Just wishful thinking. I never had a positive before. . . I hope this gives anyone out there some hope. IVF was an amazing choice for us to be able to make. So hard, but we got two beautiful monsters out of it. I promise you, I never ever ever ever ever thought I could."

We can't wait to meet baby number three, who is likely due sometime in early 2021 (and who we're betting will probably also be a little John mini-me just like their older siblings)!

.@craigmelvin catches up with @johnlegend about his new position as chief music officer for the popular meditation app Headspace, his new song “Wild,” and the third baby he and his wife Chrissy Teigen are expecting. pic.twitter.com/ocSwMo7c6L

Celebrity Instagrams
Aja Naomi King Joyfully Celebrates Her Postbaby Body: "This Is Not a Pregnancy Before Picture"
by Karenna Meredith 1 week ago 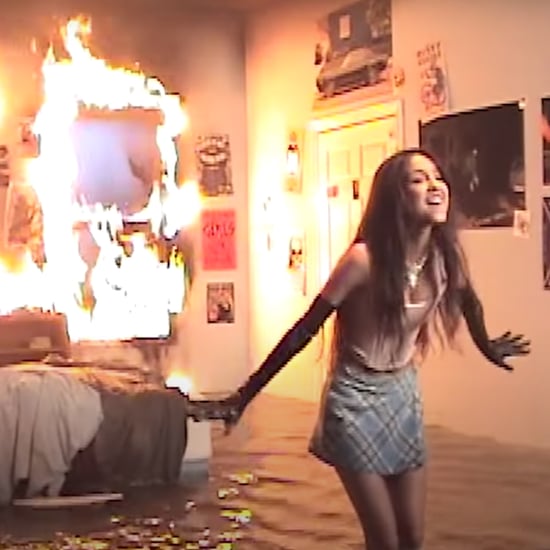