When I was 8 years old, I was banned from my playing girls soccer for over two years. The ban made me feel excluded, had no merit and negatively affected me and my family.

Go to the link below to take action and combat these bills before they pass 🏳️‍⚧️https://t.co/11SiaPlRwZ pic.twitter.com/Lz1mxpTYA3

Trans activist Jazz Jennings is speaking out about the discrimination she faced in kids' athletics when she was 8 years old. On March 29, the 20-year-old shared a clip from a 2015 episode of her TLC show, I Am Jazz, in which she was banned from a girls' soccer team despite her gender identity as female.

"When I was 8 years old, I was banned from my playing girls soccer for over two years," she captioned the video. "The ban made me feel excluded, had no merit and negatively affected me and my family."

Related:
Dad of Transgender Daughter's Moving Testimony Against a Sex-Based School Sports Bill Is a Must Watch

The 29-second clip includes footage of Jazz's father, Greg, pleading with the soccer league to allow his daughter to participate in the sport she loves. "Your decision has taken away a piece of her heart and her parents'," he says through tears. "Please let her play girls' travel soccer presently, or let me know what reasonable steps we must take for you to change your position."

"These bills are discriminatory, increase exclusion, and have no merit."

In a caption she added to the video, Jazz explained that a trans-inclusive policy was finally implemented more than two years later in her Florida hometown. However, much more work still needs to be done in terms of trans rights.

"People argue that transgender [women] have competitive advantages," she wrote. "This is not true. My personal experiences and many statistics prove this. Today in 30+ states, including Florida, they are trying to ban transgender people in sports. These bills are discriminatory, increase exclusion, and have no merit."

A day later, Jazz addressed the bills passing in states like Arkansas that ban access to gender-affirming healthcare for transgender minors — including hormone treatments and reversible puberty blockers. Her 23-year-old brother, Sander, posted a clip encouraging Americans to contact their state legislators and shared some helpful resources for those who are interested in addressing the discrimination. Jazz retweeted the video, writing: "This is not okay! Gender-affirming care saved my life and is so important to transgender individuals."

This is not okay! Gender-affirming care saved my life and is so important to transgender individuals. 🏳️‍⚧️

According to the Human Rights Campaign, 82 anti-trans bills have been introduced at the state level across America in 2021 alone, which is an all-time high. The previous record was set last year, with 79 discriminatory bills being introduced throughout the United States. Many of these bills stem from far-right political organizations — like the Heritage Foundation and the Alliance Defending Freedom — and do not consider constituents' perspectives.

"At least 87% of respondents across each of the 10 swing states say transgender people should have equal access to medical care, with many states breaking 90% support," reads a report from the Human Rights Campaign. "When respondents were asked about how they prioritized the importance of banning transgender people from participating in sports as compared to other policy issues, the issue came in dead last, with between 1% and 3% prioritizing the issue." 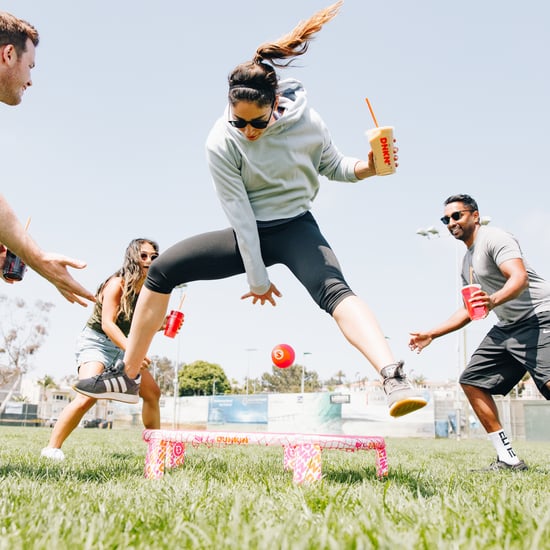 Dunkin' Donuts
Excuse Us While We Bump, Set, and Spike With Dunkin's New Limited-Edition Spikeball Kit
by Haley Lyndes 19 hours ago 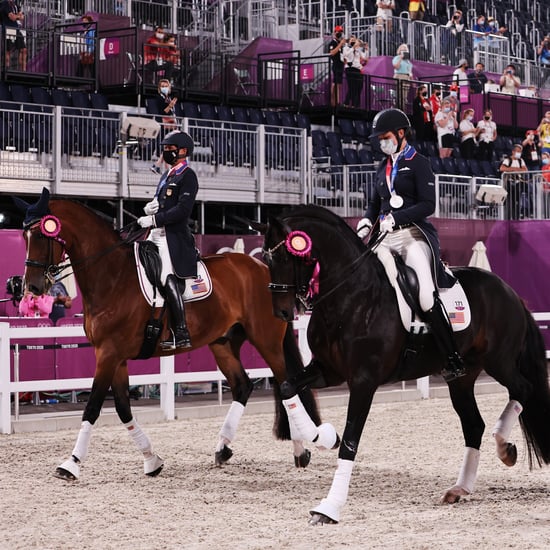 Summer Olympics 2021
Yes, Equestrian Horses Also Travel Overseas to the Olympics — Here's How It's Done
by Amanda Prahl 20 hours ago

Summer Olympics 2021
How Many Laps Is the 1,500-Meter Swim? You'll Want to Get Comfortable For This One
by Emily Weaver 21 hours ago

Simone Biles
No, Simone Biles and the US Gymnastics Team Didn't "Settle" For Silver — They Won It
by Maggie Ryan 23 hours ago