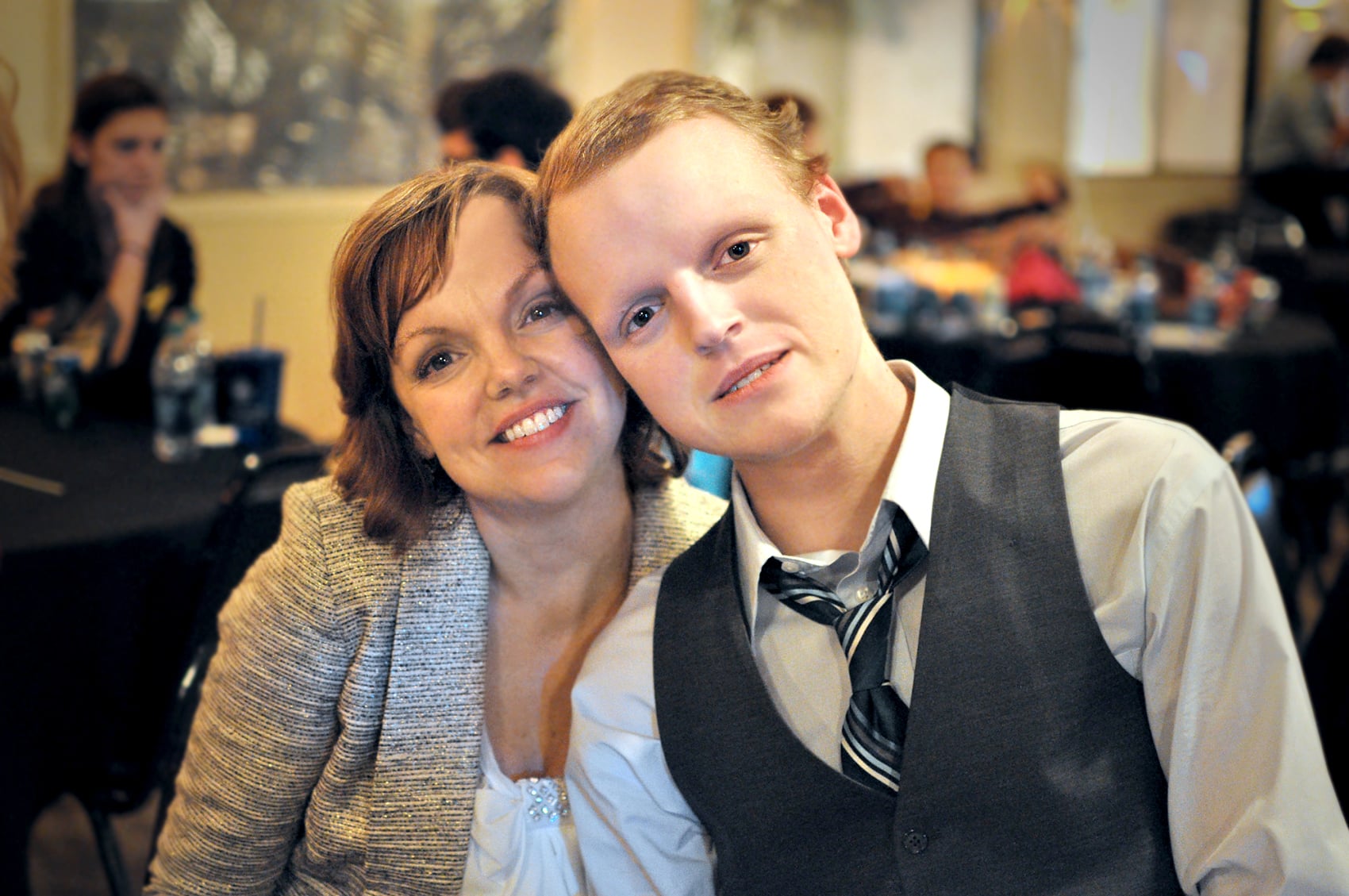 For Laura Sobiech, seeing the last year of her 18-year-old son Zach's life portrayed in Disney+'s new movie Clouds was absolutely surreal. After battling osteosarcoma — a rare type of bone cancer — for three-and-a-half years, Zach passed away in 2013. Now, seven years later, Laura is reflecting on her son's passion for music as well as what it means to see Zach's story on the silver screen.

"It's really such a gift for our family to be able to use our story in this way to highlight childhood cancer and osteosarcoma, specifically, and to be the voice for families who just aren't able to share like we can," Laura told POPSUGAR. "The movie is very accurate. We've talked about how much of the film lines up with Zach's real life."

Related:
A Mom on Battling Gender Norms While Shoe Shopping With Her Son: "It's About Challenging the Status Quo"

Zach was diagnosed with osteosarcoma when he was 14 years old in November 2009, and Laura remembers the day her world changed like it was yesterday. "I remember being in the waiting room at the hospital after Zach had an MRI on a Friday. When the nurse came out and said, 'The doctor's going to call you on the lab he followed,' I knew something bad was happening," she explained. "Then I heard the doctor say, 'It's a tumor and we don't know what it is yet,' because they hadn't done a biopsy. They just knew it was a tumor. I just remember looking across the room at Zach and just feeling like my legs were going to collapse underneath me."

Ten days later, the doctors confirmed Zach's diagnosis. Despite the gut-wrenching news, Laura and her husband, Rob, had no other choice but to soldier on through 24 rounds of chemotherapy. "You have to do it," Laura said. "You don't have a choice in the matter, so you just go and there's not a lot of room for emotion. Of course, it was disorienting. It was horrifying, and I never want another family to have to go through that."

"His friends really enabled and allowed him to write music and engage that way and put his story out there."

Because Zach is their youngest child, the Sobiechs did their best to juggle his needs with those of their three older kids. "There are a lot of families who have really little ones at home and you have to manage, but we had teenagers and then our oldest had just begun college," she said. "We had these other kids that needed attention and guidance, too. It's really hard to focus on math homework when you have to deal with a kid who's downstairs, so sick, he can't even lift his head."

"It's tricky and it's messy and we fumbled with it — like most families do when it's really hard — but the key was we would always circle back and communicate, even if it was done so imperfectly," she continued. "We wanted to make our other kids' feelings feel heard."

Understandably, Laura struggled with accepting her son's terminal diagnosis. "I was patient with myself. I realized that grief is kind of circular," she explained. "The circle is really tight at the beginning. There are a lot of days spent crying in the beginning, but the circle gets wider as time goes on. I would make time to listen to sad songs and cry before Zach died every night. I would try to imagine what it was going to be like without him. So, I started grieving him before he died and I allowed myself to go there, and there's no failure in that." 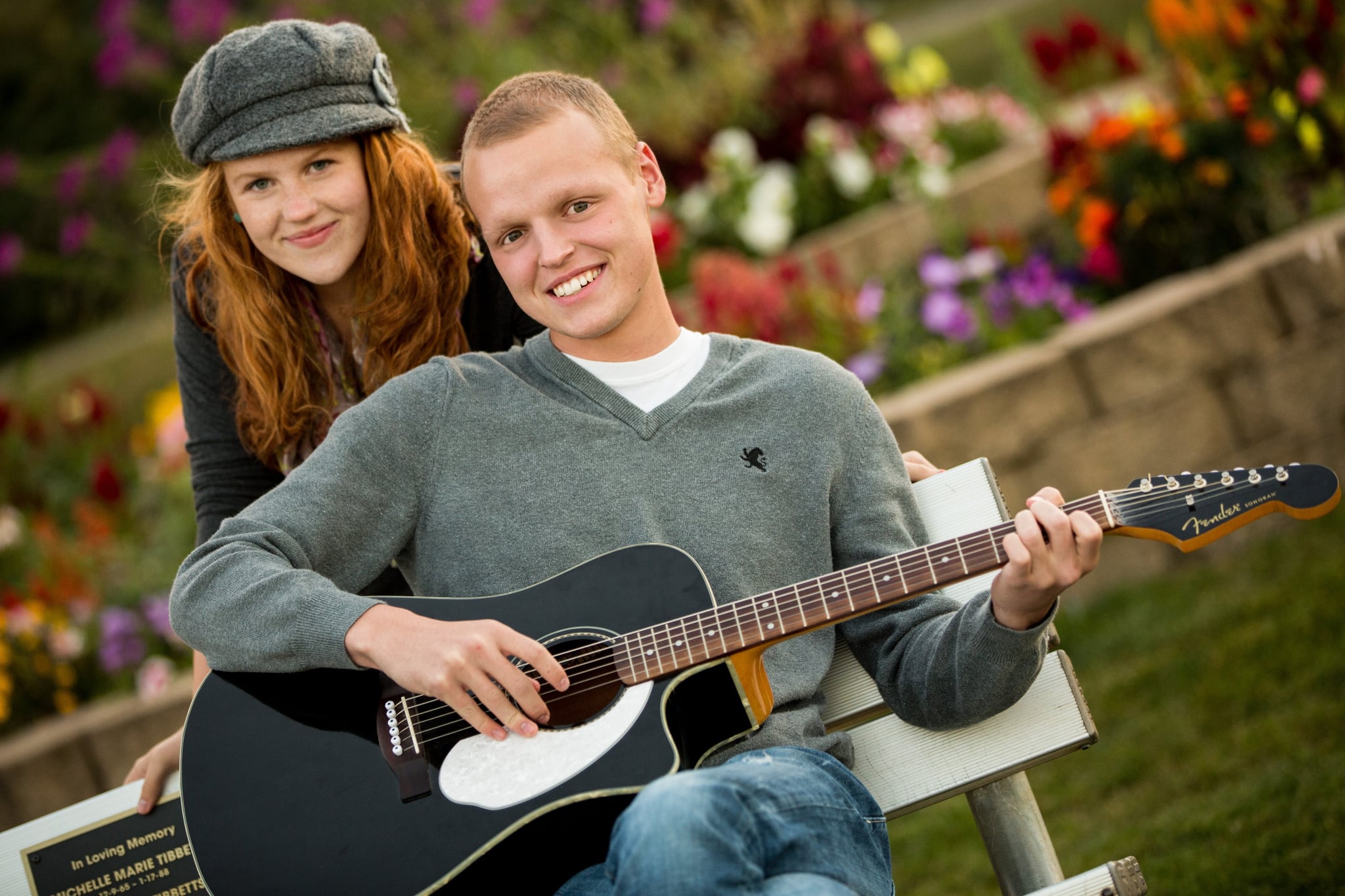 Fortunately, the Sobiechs — and Zach, in particular — had an incredible amount of support from their friends and family. "We have an amazing church community that really supported us in both temporal and spiritual ways," Laura said. "Zach had the most beautiful group of friends. It's stunning, actually. They became tighter after his diagnosis. Some kids who are facing cancer lose friends because they don't know how to engage. It can be hard and overwhelming, but that wasn't the case with Zach's friends. They all had the maturity and the spirits to lean in. I think his friends really enabled and allowed him to write music and engage that way and put his story out there."

After learning that Zach was out of treatment options, Laura encouraged him to write goodbye letters to his friends and family. Zach, however, had other ideas and chose to express himself through song instead. "Music ended up being his voice," she explained. "It wasn't going to be letters. He struggled with that. He couldn't get it down on paper the right way, but in songwriting, he could. And so really, music is what saved him, even at the very beginning when he was first diagnosed."

Related:
Movies Like Peter Pan and Dumbo Now Have a Disclaimer About Racial Stereotypes on Disney+

With more families being reminded to live each day like it's their last, Laura said she's been familiar with that lesson for years. Now, she has some advice for other parents. "I hope that people can learn the lessons that we did with Zach, which is you sometimes have to look for joy in [life], even when it's not a whole lot of fun," she explained. "And it's OK for your plan to not always pan out the way you thought it was going to. Sometimes that's an opportunity for us to refocus and realign our priorities. Now is the time to ask, 'OK, what's really important?,' because at the end of the day, what's really important is how you love each other."

Families who are interested in supporting the cause can donate to the Zach Sobiech Osteosarcoma Fund. By supporting the fund, you can keep Zach's legacy alive and help find a cure for the cancer that took his life.