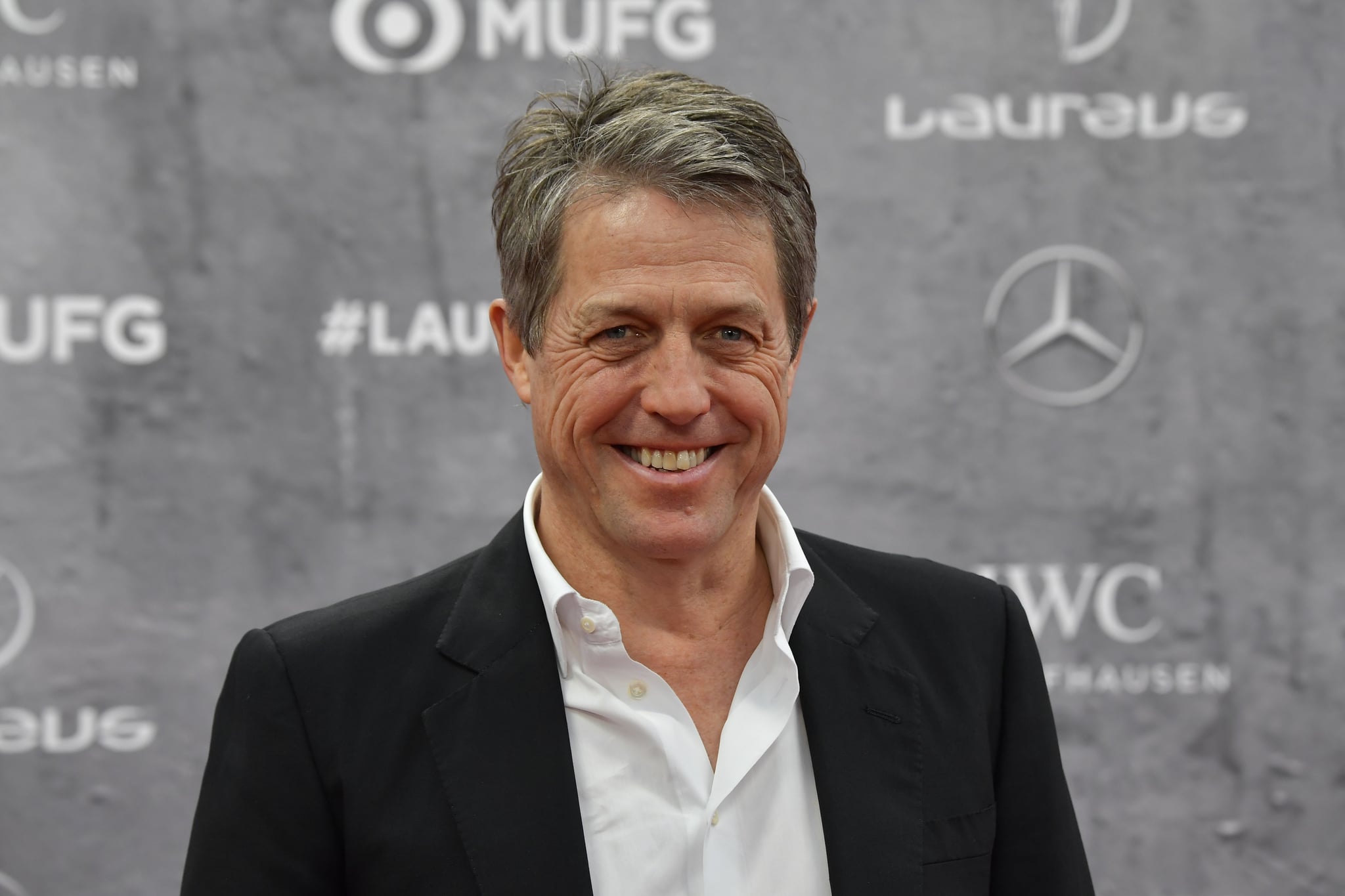 Hugh Grant — actor, husband, and father of five. The British star's family life is a bit tricky to navigate, partially because he tries to keep his private life on the down low. However, we know Hugh has three children with his wife, Anna Eberstein, whom he married in 2018. He also has two children with former flame Tinglan Hong. There is some overlap in when his children were born — the oldest born in 2011 and the youngest born in 2018. Hugh is so private about his children, in fact, that we don't even know all of their names! Here's what we do know though.

Hugh's oldest child, Tabitha, was born in September 2011, and her mother is Tinglan. Tabitha was born in London, but Hugh reportedly wasn't overjoyed at becoming a father yet, still in his bachelor ways. His next two children were in utero at the same time — one with Tinglan and one with his future wife, Anna. Anna gave birth to John in September 2012 and Tinglan gave birth to Felix in December 2012, according to Hello.

Hugh's fourth and fifth children, a daughter in 2015 and another child in 2018, were both birthed by Anna, completing Hugh's family — for now. The actor, who had once thought marriage and fatherhood weren't for him, told Today in 2018, according to Closer Weekly that he'd changed his tune after having kids. He said, "I should have done it before. I'm just lucky. I've got a great wife. I love her. It just seemed like a nice, cosy thing to do."

Related:
Laura Prepon Is Officially a Mom of 2! Meet Her Daughter Ella While We Wait For Baby Details

Despite having a blended family that had some issues in the beginning, Hugh now is very close with all five of his children. He shared recently that he missed his kids greatly while filming The Undoing, which is in New York and his family is all back in London. "Having spent a career unable to muster a single emotion, I find in my old age I can't stop them," he said on The Graham Norton Show, according to Today. "It's something to do with children or love, or my wife, or something, but I can't keep it at bay," he said of his emotions.

"I did this job partly to get away from my young children as they are exhausting at my age," he joked. "I thought it would be great to have a break but every time I arrived in New York I missed them so badly I was a mess, so every scene was suddenly a cue for tears for me. I'd even go into a cafe and ask for a cup of coffee and the tears would come!"

Humor is key to Hugh's parenting, clearly. He even said in early 2020 that his kids are addicted to their devices, but he won't ban them because it keeps them busy. "Smart parents ban it, don't they? But we are not smart parents, we are desperate parents. We say 'let them have the bloody thing, at least they'll shut up.'" Sounds like Hugh's got this parenting gig down!

Mandy Moore
A Round of Applause For Mandy Moore, Who Was Still Filming This Is Us at 38 Weeks Pregnant
by Victoria Messina 2 days ago