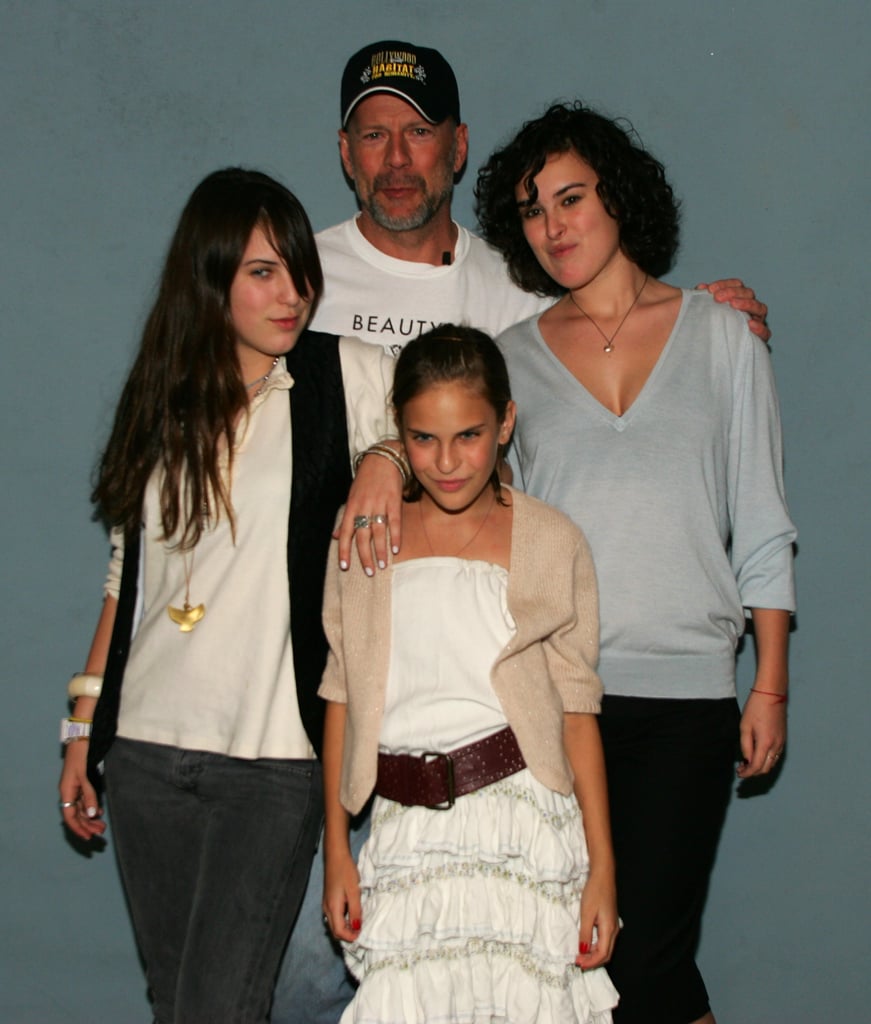 Bruce Willis's Family Is Blended With Love, Energy, and Many Daughters

Bruce Willis may be best known for playing John McClane in the Die Hard franchise, but it seems as though his favorite role is being a father. The actor has five daughters between the ages of 6 and 32, three of whom he shares with his first wife, Demi Moore, and the other two with his second wife, Emma Heming Willis. Though Bruce and Demi divorced back in 2000, he and his ex remain close, and it seems that — despite the age range — Bruce's three daughters with Demi are pretty close with their half-sisters. Check out the gallery to learn more about the five Willis girls.

Related:
It's Clear That Demi Moore and Bruce Willis Have an Unbreakable Bond With Their Kids
Previous Next Start Slideshow
Bruce WillisCelebrity FamiliesCelebrity KidsCelebrity Parents

Usher
Usher Is Going to Be a Dad of 4 Soon! Meet His 3 Kids, Who Are About to Get a Baby Sibling
by Alessia Santoro 4 days ago

Halsey
Halsey Is a New Parent! Meet Ender, Her and Boyfriend Alev Aydin's First Child
by Alessia Santoro 4 days ago