If there were a family Halloween costume hall of fame, I have no doubt that David Burtka and Neil Patrick Harris would be its first inductees. Although they're known for their creative family ensembles that always include their two kids — how could we forget their Star Wars costume in 2015?! — they may be taking a rain check in 2020. While discussing his partnership with House Foods and its new video series for kids, The Tales of Tofu, David shared that Halloween is very much up in the air this year for several reasons.

"I honestly don't know if [we're going to dress up,]" David told POPSUGAR. "I am a little worried about what's gonna happen this year to tell you the truth! Neil is in Berlin, Germany, finishing The Matrix 4, and I am with the kids. In terms of costumes and dressing up and taking the picture and stuff like that, I don't even know if he's going to be home!"

He continued: "We're going to have to get inventive with Zoom or FaceTime or something. It's been such a weird year, especially when you think about going out. Are people even trick-or-treating? Is it on? Trying to plan this year has been so strange. This morning, I pulled out my Halloween cookie cutters, so there might be some cookie decorating in my future, but that's just with my kids! We're not going to have a party this year, of course. Honestly, who knows?"

If even the Halloween connoisseurs might not make it happen this year, we're not going to be so hard on ourselves. To learn more about The Tales of Tofu and to get a look at the three easy-to-prepare, kid-friendly recipes David came up with for the show, head to House Foods's website.

Halloween
An Original Muppets Halloween Special Is Coming to Disney+ This Fall!
by Alessia Santoro 1 day ago

Halloween
Disney World Is Hosting a Halloween-Themed After Hours, and We Are Shrieking With Delight
by Megan duBois 1 day ago

Halloween
Kristen Bell's Kids Clearly Take After Their Parents, 'Cause Their Latest Prank Is Hilarious
by Yerin Kim 3/04 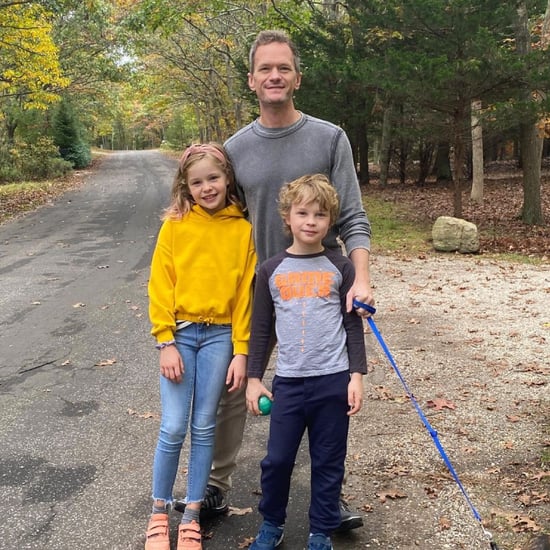 Fatherhood
The First Thing Neil Patrick Harris Is Doing After the Pandemic? Going to Disney World
by Murphy Moroney 1/28

Instagram
Neil Patrick Harris and David Burtka Adopted a Third Dog! See Photos of All Their Pets
by Murphy Moroney 1/06