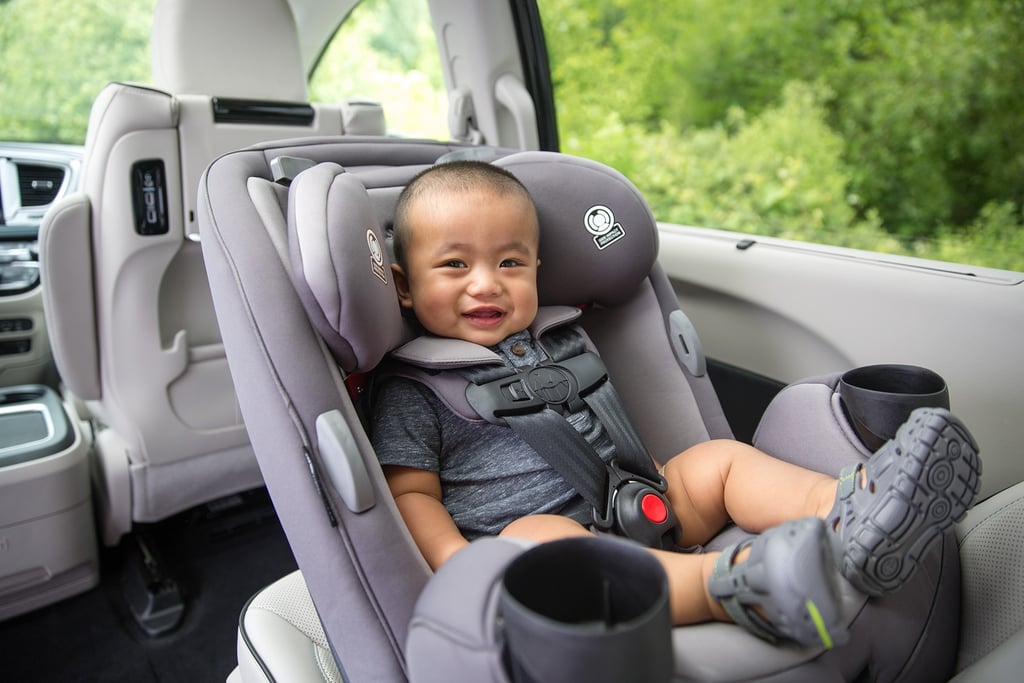 Several states have passed laws about keeping children in a rear-facing car seat until the age of 2 — as per the AAP's official recommendation — but for some reason there still a stigma about keeping your child in this direction for that long, especially if you go beyond their second birthday. In a survey from Chicco, 12 percent of parents admit they just turn their child around when they feel the time is right, rather than heed the recommendations, and 19 percent of parents turn their child around based solely on what they see other parents doing — and though those percentages don't seem huge, it's clear that enough parents are reading the wrong cues when it comes to car seat safety.

To bust a few myths and quell some common concerns about rear-facing seats — for example, 40 percent of parents were found to turn their child forward simply because they thought "their child's legs look too cramped" — and to ensure that parents keep their children rear-facing for as long as it's safe, we got helpful information from Dr. Benjamin Hoffman, a pediatrician, CPST-I, and uncompensated child passenger safety consultant for Chicco, and Ryan Hawker, car seat expert and senior director of product marketing at Dorel Juvenile USA.

Related:
You Need to See These Photos If Your Child Sits in a Car Seat
Previous Next Start Slideshow
ToddlersChild Health And SafetyParenting Tips And AdviceCar Seats

Child Health and Safety
What Parents Need to Know About Multisystem Inflammatory Syndrome, an Illness Related to COVID-19
by Murphy Moroney 4 days ago

Pregnancy
From Geriatric Pregnancy to Incompetent Cervix, Outdated Women's Medical Terms Are Getting an Update
by Kate Schweitzer 6 days ago