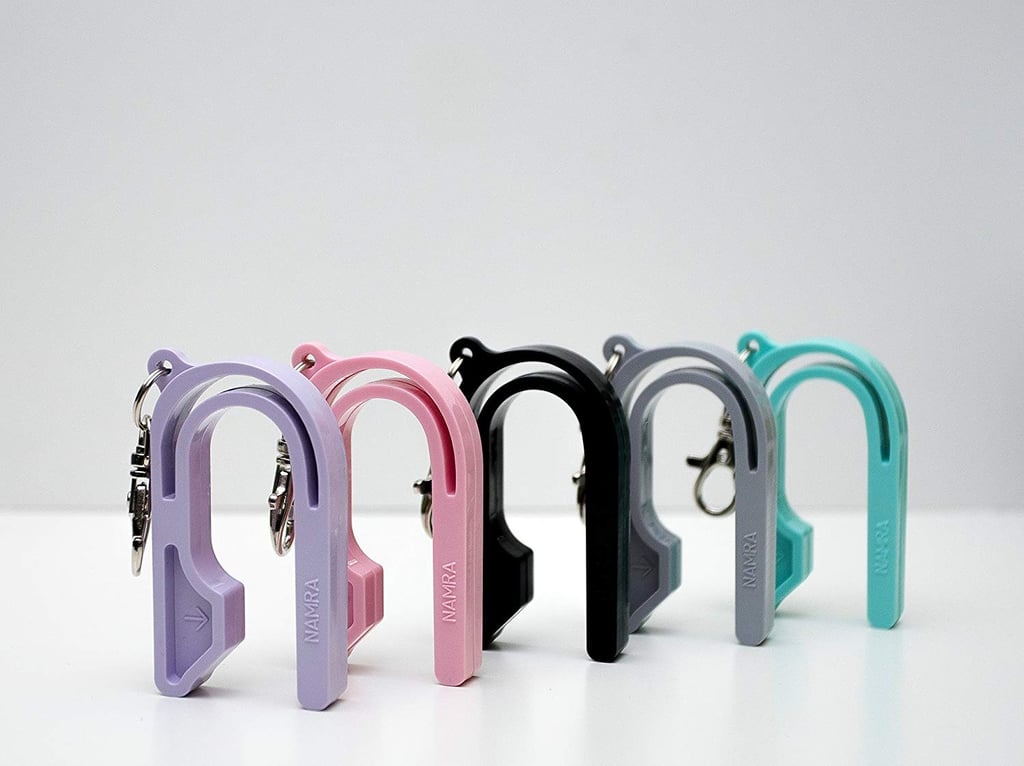 In case you missed it, the topic of long nails caused quite the debate in the parenting world after Khloé Kardashian shared a photo of her new manicure on Feb. 20. As soon as the photo went live, women everywhere were chiming in about whether or not a mom could really care for a child with nails that long. But despite the mom-shaming, the 34-year-old mom clued her fans in on a secret: they make a gadget that makes unclipping your baby from a car seat about a zillion times easier.

Photographers first noticed Narma's Car Seat Key — a nifty little contraption that puts added pressure on the release button — on Khloe's key clip while she was walking around LA one afternoon. So while internet trolls might have thoughts on whether or not Khloé can be a good mom and have a long manicure, it appears she's certainly won this battle. Read through to get a look at this affordable gadget.