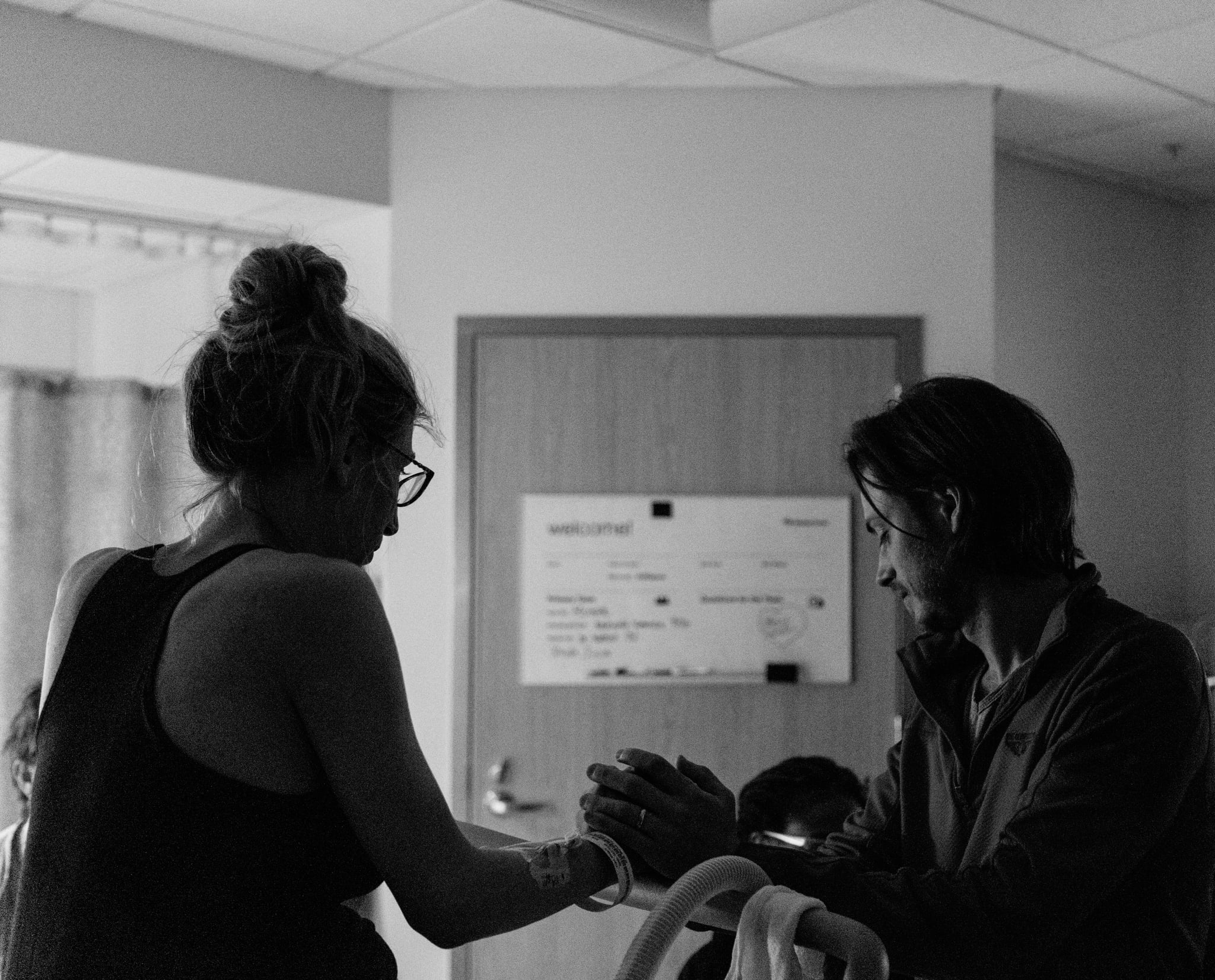 My 26-hour natural birth was both the least glamorous and most humbling experience of my life. While I wasn't dead set on an epidural-free labor, I wanted to try to birth naturally for as long as I reasonably could. The more time I went without an epidural, the less sense it seemed to make to get one and the better I got at managing the pain on my own, until at last I was pushing and committed. During my birth journey, some helpful, some funny, and some truly bizarre thoughts crossed my mind, all of which helped get me to the point of meeting my beautiful baby boy. Take a look at them below.

As a big Gisele fan, I read her account of her serene natural, home birth. She claims to have felt no pain as she meditated her way through childbirth. When the first contractions of labor awakened me at 3 a.m., I tried to channel Gisele. "This isn't pain," I told myself. "It's just intense sensations." I leaned in like she did, but unlike Gisele, I felt pain. Still, I clung to her zen birth story. If she could "Om" during labor, then I could at least survive it.

The Little Engine That Could

Anytime pain started to become overwhelming and "I can't do this" rose to the tip of my lips, I would turn it around and say aloud "I can do it." I would chant it over and over throughout contractions like a mantra. On the surface it seems a bit hokey, but saying the positive affirmation aloud actually changed not only my mindset but also my physicality. I could feel my body softening and my resilience rising.

How Is the Human Race Still Alive?

Every child was brought into the world this way? Really? Around the midpoint of my labor — after 13 hours at home and on my way to the hospital with intensifying contractions that I was still working out how to best manage — I couldn't wrap my head around the notion that humans had been going through this for thousands of years. That every human was brought into the world this way and that most women had done it multiple times and without drugs. I continue to think it's a miracle the human race has survived.

While Gisele doesn't strike me as a liar, I have no bleeping clue how she felt no pain during her natural labor. I chalk this up as more evidence that Gisele is a beautiful alien creature. I will, however, say that like Gisele, I found solace in staying calm, quiet, and keeping a tight mental focus, especially as my contractions intensified through the transition phase.

I've done my fair share of spin classes, and in most there comes a point when I find myself mid-sprint, lungs on fire and legs threatening to collapse. By the second half of my labor, feeling similarly strained, I learned to channel these spin class moments during contractions, reacting just as I do in class; I would close my eyes, lift my mind above the unpleasant physical sensations in my body, and focus all my mental energy on charging ahead to the summit. Finding this place is what got me through the home stretch.

The Real Housewives of Orange County

The OC version of the Bravo franchise happened to be airing around the time I gave birth, and like most avid fans, I followed the cast members' crass (if wildly entertaining) antics. As I was learning, childbirth is not for wusses, and I associated the mental and physical fortitude needed to birth children with strong, intelligent women — and yet, each of the RHOC have a handful of kids. How did these silly women find the strength to do this multiple times?! Perhaps I was too quick to judge. I owed these reality stars more respect. And I owed myself a reminder that if they can do it, so can I.

Somewhere around the 20-hour mark, sleep became my biggest motivator. A day without sleep will make anyone a little cuckoo, and this was an especially exhausting day. My primal need for sleep began to usurp my maternal excitement to meet my baby. "As soon as he's born, I can sleep. I just have to keep going to until he's born," I would remind myself, imagining for a moment how incredible it would feel to let my body relax and doze off.

Like being underwater or in a dream, every second was incredibly intense and yet the hours seemed to float by quickly. They weren't normal hours that could be calculated in episodes of New Girl, they were hazy fleeting hours that blended into each other. At around the twenty-hour mark, the doctor came in to check my cervix. "You're about 7cm dilated. Things are progressing really well!" she said to me merrily. "I'll be back in four hours to check you again." My logical mind screamed "FOUR hours!? That's an eternity!" But my labor mind knew that the doctor would be back before I knew it. And she was.

The Only Way Out Is Straight Through

As the hours ticked on, my contractions grew stronger, the day on the calendar changed, and my cervix still wasn't fully dilated, hopeless thoughts began to circle at the edges of my mind like vultures. Instead of indulging them, I reminded myself that like a transatlantic ship mid-voyage, there's was no bailing on this trip early. The only way out was to go straight through to the destination — be it Europe or the birth of my son — so I thought I better find a way to ignore the seasickness. I blocked out all thoughts of exhaustion and focused only on getting there.

I'm Only Having 1 Kid

Those plans for a big family my husband and I had seemed hilariously trite by hour 26. One child was going to be plenty for us we agreed, already looking back nostalgically on our naivety. Alas, this feeling proved fleeting — but I do remain curious to find out what childbirth with an epidural is like!

Simone Biles
No, Simone Biles and the US Gymnastics Team Didn't "Settle" For Silver — They Won It
by Maggie Ryan 2 days ago

Gossip Girl
The Gossip Girl Reboot Has a More Diverse Cast, but It Still Lacks Representation
by Charlene Masona 2 days ago