She tries so hard to get Alexa to play her jam. She struggled for at least 5 mins before I even started recording. 😂 #babyshark #babygirl #persistence

Cryssy Turner, a mom from Milwaukee, WI, knows that her 2-year-old daughter Zoé can listen to the superpopular kids' song "Baby Shark" for hours on end before getting bored. The only issue is that little Zoé can't exactly pronounce the name of her favorite tune just yet, and boy did that throw the family's Alexa for a loop. Fortunately for us, Cryssy caught her adorable toddler begging Alexa to play "Baby Shark" for her on video, and it's the cutest freakin' thing we've ever seen.

After a few epic fails — including one where Alexa wanted to play a Say Anything song — Cryssy finally stepped in and got Alexa to play her daughter's go-to jam, and Zoé's dance moves did not disappoint! So far, the viral clip has racked up 141,000 reactions and 37,000 comments, and it's easy to see why. Now good luck getting "Baby Shark" out of your head for the rest of the day!

Related:
The "Baby Shark Challenge" Is Here, Because How Else Do You Deal With a Catchy Kid's Song?
ToddlersParenting HumorParenting Videos
Around The Web 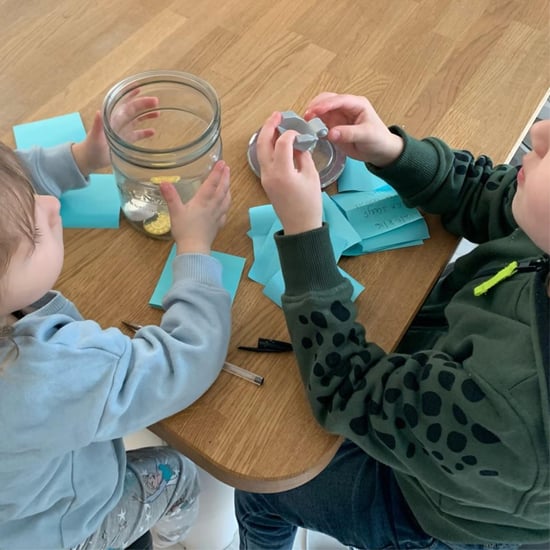 Little Kids
Toddler Seems to Think "Popsicle" Is Pronounced "F*ck a Bus," and We Truly Can't Stop Laughing
by Kelsey Garcia 1 day ago