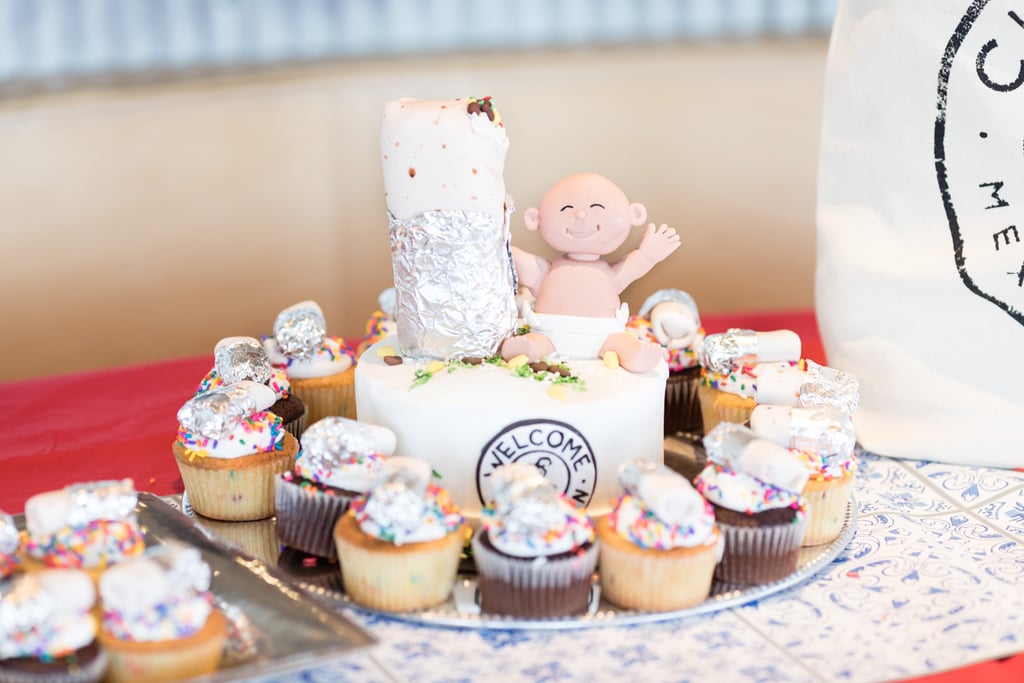 Mom Had Baby in Chipotle Parking Lot, So the Restaurant Threw Her a Burrito-Themed Shower

Adrianna Alvarez was on her way to the hospital to deliver her baby when her water broke and contractions escalated, so her husband pulled into a Chipotle parking lot — the Chipotle they both previously worked at — and called 911 for help. The dispatcher, Angie Schell, led Adrianna's husband through the birth, noting that the baby was likely going to come fast, and to catch it. And right there in the parking lot of the place the couple met, Adrianna's husband delivered her son, Jaden Flores in the car, and Angie marked his time of birth, 9:11, upon hearing him let out a cry.

Nearly a month later, the chain decided to celebrate Jaden and his family (and of course, Angie) with a surprise burrito-themed baby shower — and man, did they deliver. With details such as a cake featuring life-like sugar burrito topper and a letterboard sign that read, "Congrats on your little burrito," the restaurant hosted quite the adorable party for an unknowing Adrianna, who was under the impression she'd just be meeting up with Angie for the first time.

Scroll through to see the party details — including Jaden's burrito swaddle blanket — below (warning: you're 100 percent going to want a Chipotle-themed baby shower after this).

Related:
This Woman Took Her Maternity Photos at Taco Bell and Now She's My Idol
Previous Next Start Slideshow
Baby ShowersPhotographyNewbornChipotleBurritos
Around The Web

KJ Apa
KJ Apa and Clara Berry Are Officially Parents, and Their Baby Boy's Name Is Lovely
by Chanel Vargas 9/26

by Naledi Ushe 15 hours ago

by Njera Perkins 17 hours ago