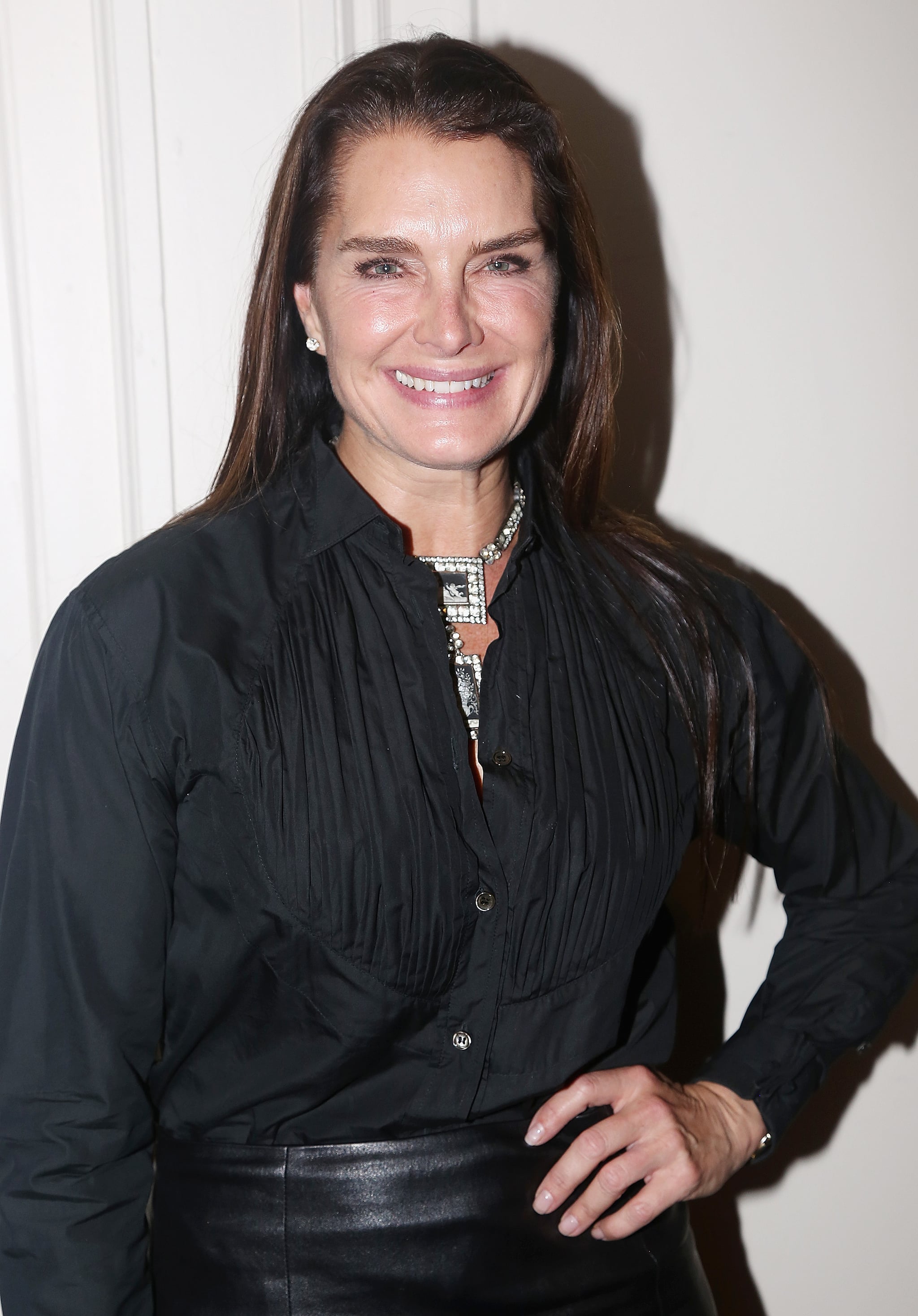 For decades, women all over the world obsessed over Brooke Shields's immaculate eyebrows and perfectly wavy hair in an effort to achieve her look themselves, but when it comes to her daughters, she's instilling values of self-love instead. On Wednesday night, the 52-year-old actress sat down with Andy Cohen on his show Watch What Happens Live, where she revealed that she doesn't want her daughters to yearn for anyone else's characteristics the way people did for hers. "Don't covet anyone else's features," she revealed as the advice she shares with them. "Only learn to covet your own."

In a world inundated with flawless social media photos and the high standards of airbrushing and filters, Brooke's advice to her daughters is so important.

Related:
Brooke Shields: "Confidence Is the Most Beautifying" Characteristic

But like any parent knows, it's not all fun and games with teenage daughters. When Andy asked how old her daughters are, Brooke spoke for everyone and kept it so real when she said, "Eleven and assh*le." HA. She had the crowd laughing, and followed up with, "My 14-year-old is 14! Her life's hard!"

The comments on Twitter poured in following Brooke's statement, with parents praising her for her honesty. Some even offered advice, writing, "Don't worry, they come back to earth around age 21." It's true! Teenage girls are a force to be reckoned with, but we promise it's just a phase. Watch the clip below.

Dwyane Wade
Dwyane Wade Shows Off His Fiery Red Hair With Daughter Zaya, and Damn, They Own This Look
by Karenna Meredith 2 days ago

Ciara
Ciara Celebrated Future's Birthday With a Scavenger Hunt, Indoor Camping, and a Sweet Video
by Perri Konecky 14 hours ago

Little Kids
Struggling With Naps and Bedtime? This Expert's Sleep-Regression Tips Can Help
by Murphy Moroney 1 day ago

Hailey Bieber
Hailey Bieber and Stephen Baldwin Are 2 of a Kind — See Their Best Father-Daughter Moments!
by Monica Sisavat 5 days ago

The Ellen DeGeneres Show
Kristen Bell Gets Candid About Her 5-Year-Old Still Potty Training: "Every Kid Is So Different"
by Yerin Kim 5 days ago