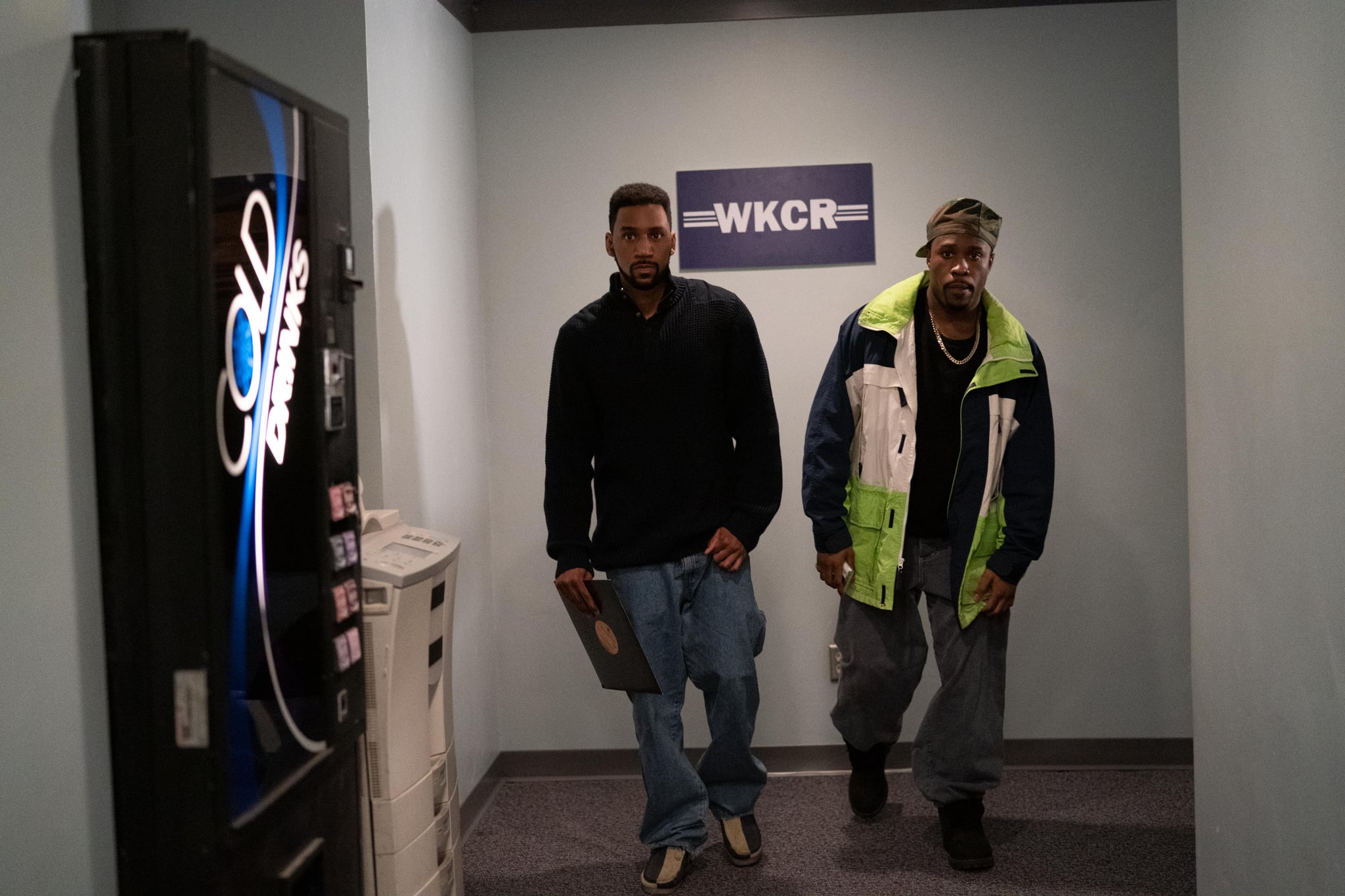 Wu-Tang: An American Saga is one of the few hip-hop shows that's done a deep dive into one of the most iconic rap collectives of all time. Now in its second season, the Hulu drama is beginning to piece together the events of how the hip-hop group broke into the music industry by any means necessary. In the seventh episode of the series, the clan is trying any and all ways to get their first single, "Protect Ya Neck," radio play on stations across the country. While we of course know that the events in the show loosely based on the group's origin story have been exaggerated for entertainment purposes, some of them actually happened in real life.

More than halfway through the seventh episode, frustrated frenemies Ghostface Killah (Siddiq Saunderson) and Raekwon (Shameik Moore) get tired of hitting dead ends after dialing into radio stations that refuse to play their new record — specifically, the Stretch & Bobbito Show (which was once hosted on 89.9 WKCR-FM). After having enough of getting nowhere, they come up with a plan to storm the radio station and hand deliver their record, and this time they aren't taking no for an answer. The dramatics of the animated scene coupled with the shootout scenario with radio security that follows may seem over the top, but their unannounced visit to Stretch & Bobbito's studio is based on a true story.

"They weren't being nice," radio host Bobbito Garcia told NPR back in 2013. "They were definitely like, 'Yo man, play this record, it's dope. La la. Put that on right now son. La la.' I listened to it, I previewed it about 15, 20 minutes later, and I was like, 'Oh, wow, this record is incredible.' So I played it. I gave the record to Stretch. Stretch can tell you what happened from there." According to Stretch, the record sounded so good to him that he "played it again and again and again."

Related:
See the Cast of Wu-Tang: An American Saga Side by Side With Their Real-Life Counterparts

That wasn't the only time Garcia recalled that tale of the Wu-Tang Clan. In 2012, he shared the story as part of a Red Bull Music Academy conversation, where he said that five people from their crew — including RZA and Ghostface Killah — weren't so nice about demanding that he play their song. "I know it was RZA because I recognized him," he said. "He had came up when he was Prince Rakeem. It was him — I remember Ghostface [Killah] and three other dudes, and Ghostface was the one that was acting like crazy, like, 'Yo Money, play our joint! Play our joint!'" After Stretch & Bobbito gave their record a spin, Wu-Tang Clan finally got into rotation on New York radio stations. According to NPR, Ghostface Killah still even remembers the first time he heard legendary local DJ Kid Capri play their song on the radio (a scene that's portrayed at the end of episode seven).