The Wonder Woman 1984 trailer is officially here, packed with intriguing clips set to a deeply cool soundtrack. If you're wondering what song is in the trailer, wonder no more. The song you hear underneath the new clips of Diana, Steve, and their new 1980s adventure is "Blue Monday" by New Order, but with a twist: the version you hear in the trailer is an instrumental remix rather than the original version.

Not coincidentally, the original "Blue Monday" actually came out right around the same time that Wonder Woman 1984 is set. The movie is, as the title makes clear, set in 1984, and "Blue Monday" was first released in 1983 on New Order's album Power, Corruption, & Lies. Not only does the music perfectly capture the epic (yet so, so '80s) mood of the new movie, but it's a perfect fit for the era, since it would have existed already at the time the movie takes place.

Plot details for Wonder Woman 1984 are still a little bit murky, but we've learned a few new things from the trailer. As was teased from the early casting announcements, Diana's long-lost love Steve Trevor has somehow miraculously reappeared, nearly 70 years after appearing to sacrifice himself to save humanity from Ares's evil plan in the original Wonder Woman. Steve's reappearance, however, isn't the only complication Diana is facing. She's got not one, but two potential villains to face down: the smarmy, Lex Luthor-esque Maxwell Lord (played by The Mandalorian's Pedro Pascal) and a potential friend-turned-enemy Barbara Minerva (Kristen Wiig), better known to comics fans as the Cheetah.

The first official trailer for Wonder Woman 1984 was released at the end of the the 2019 Comic Con Experience (CCXP) in Brazil. Star Gal Gadot and director Patty Jenkins introduced the trailer before it was shown to the fans at the event and simultaneously live streamed on Twitter for fans around the globe. Wonder Woman 1984 hits theaters on June 5, 2020, and in the meantime, you can listen to the original version of "Blue Monday" above.

Blake Lively
Exclusive: Blake Lively Is a Master of Disguise and Destruction in This Intense Rhythm Section Clip
by Kelsie Gibson 10 hours ago

Demi Lovato
With Demi Lovato Performing the National Anthem, Super Bowl 2020 Will Be Star-Studded
by Kelsey Garcia 12 hours ago 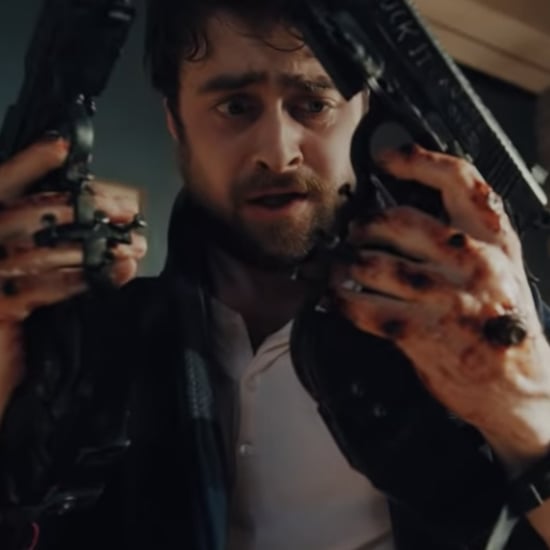 by Danielle Jackson 12 hours ago