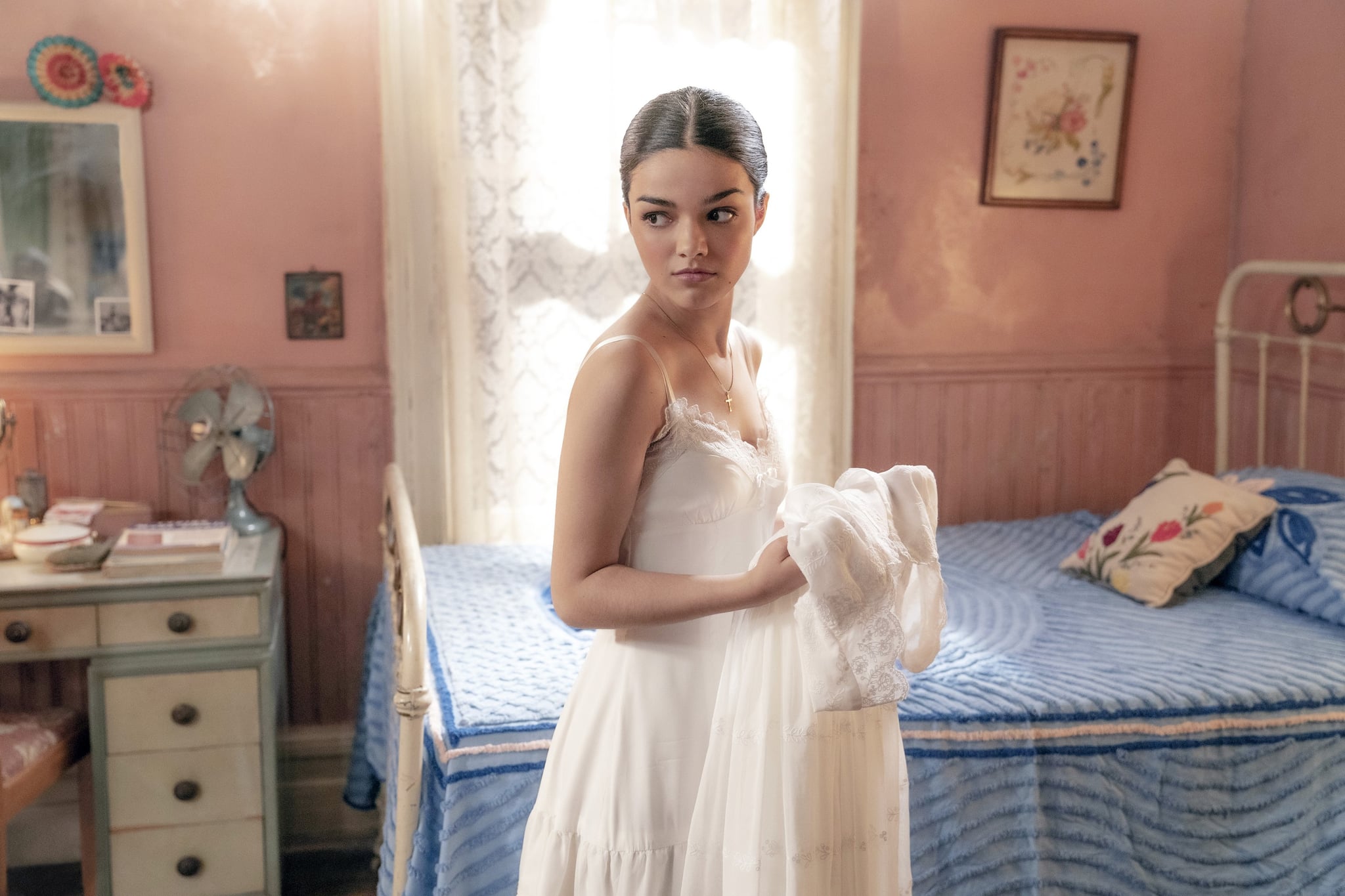 After much anticipation, the West Side Story remake is officially hitting theaters on Dec. 10. Directed by Steven Spielberg, the film centers on Ansel Elgort and Rachel Zegler as star-crossed lovers Tony and Maria. While the movie is a reimagining of the 1961 classic, Spielberg's remake does away with the harmful stereotypes of Latinxs portrayed in the original. Spielberg also made the conscious decision not to include subtitles for the Spanish dialogue "out of respect for the inclusivity of our intentions to hire a totally Latinx cast to play the Sharks' boys and girls."

In an interview with IGN, the director explained that he gave casting director Cindy Tolan a "mandate" that he "wasn't going to entertain any auditions that aren't parents or grandparents or themselves from Latinx countries." He added, "Especially Puerto Rico, we looked a lot in Puerto Rico, we have 20 performers in our film from Puerto Rico or they're Nuyorican."

Related:
Treat Your Ears to the West Side Story Remake's Soundtrack Before the Film Hits Theaters

He continued, "That was very important and that goes hand-in-hand with my reasoning for not subtitling the Spanish. If I subtitled the Spanish, I'd simply be doubling down on the English and giving English the power over the Spanish. This was not going to happen in this film, I needed to respect the language enough not to subtitle it." Several people have since praised the director's decision on Twitter, saying it made the story more authentic, and we couldn't agree more.