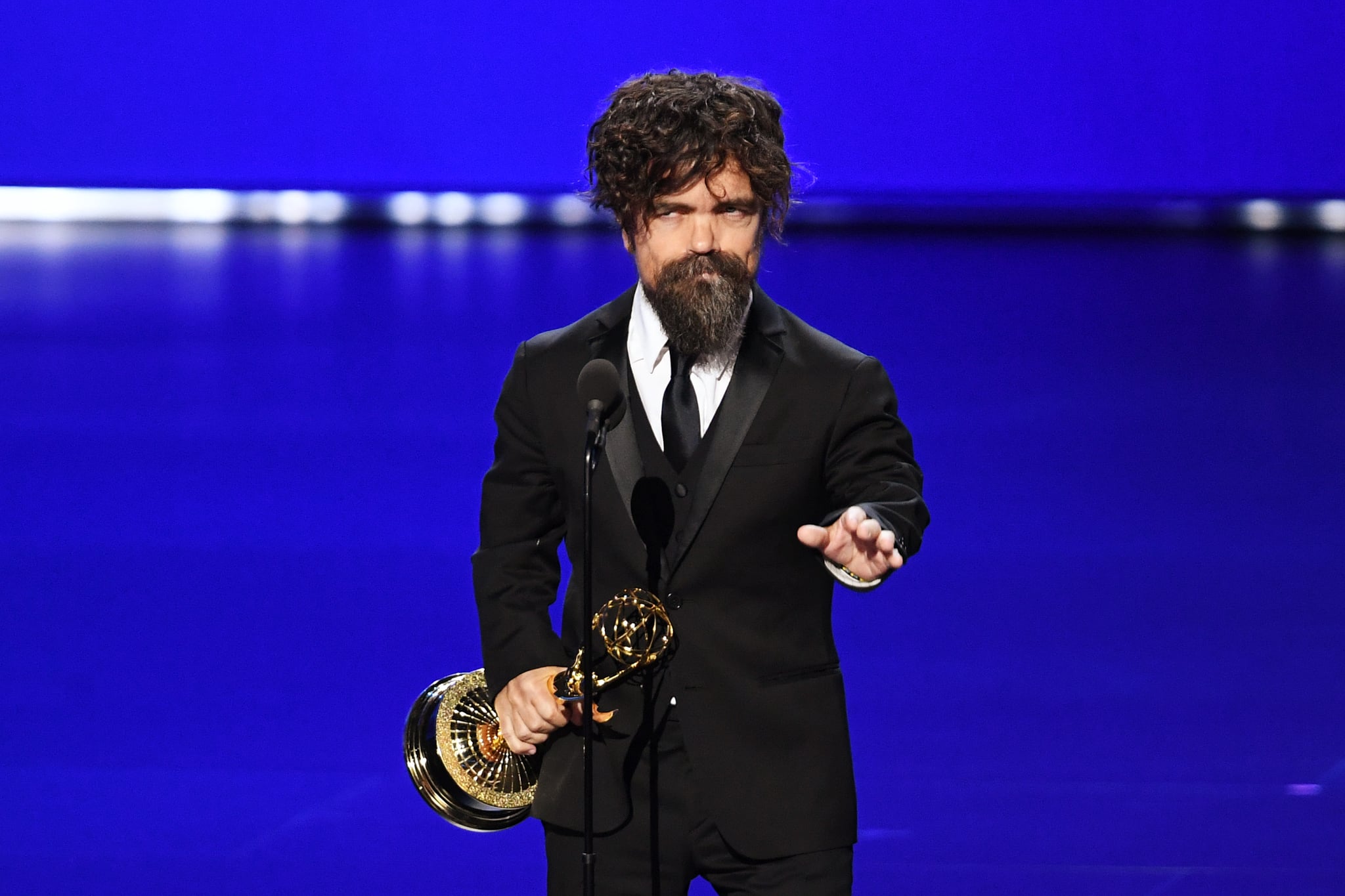 Long live Game of Thrones! On Sunday night, Peter Dinklage added to the show's winning legacy at the Emmys with a win for outstanding supporting actor in a drama series. When he took the stage, he paid homage to the HBO series, thanked his castmates, and was bleeped out during one part. So, what did he actually say at the award show?

"Ten years of absolute sweat, but 10 years of the most incredible, talented, funniest motherf*cking people," Dinklage said, according to The Wrap. "Hey, it's over, I don't care."

With this win — it's his fourth consecutive — Dinklage now holds the title of most wins in the best supporting actor in a drama series in Emmys history. Plus, he's been nominated eight times in this category, which is insane. His record is impressive, as are the wins of his Game of Thrones costars and creators, and his full speech (see below) pays tribute to all of their hard work:

"Thank you. I have no idea what I'm about to say, but here we go. I count myself so fortunate to be a member of a community that is all about tolerance and diversity, because no other place could I be standing on a stage like this. It's been about 10 years, all said and done, since the moment I met Dave and Dan until right now. I had no idea what I was getting myself into, but I knew that David and Dan were quite brilliant. Ten years of absolute sweat, but 10 years of the most incredible, talented, funniest motherf*cking people — hey, it's over, I don't care — I've ever been lucky enough to work with. We did nothing but sweat, we did nothing but laugh. Dave and Dan, we literally walked through fire and ice for you. Literally. And I would do it all over again in a heartbeat. Thank you."

Cheers to Dinklage, his relaxed award show speech, and the entire Game of Thrones cast!

Celebrity Instagrams
Hollywood Is Calling Out the HFPA's Lack of Black Members: "A Cosmetic Fix Isn’t Enough"
by Grayson Gilcrease 22 hours ago 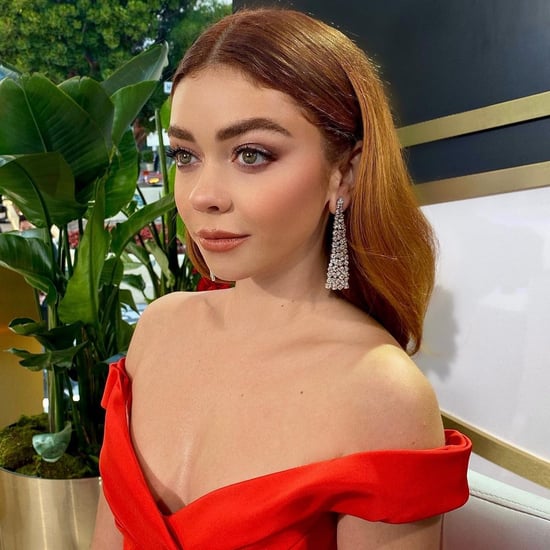