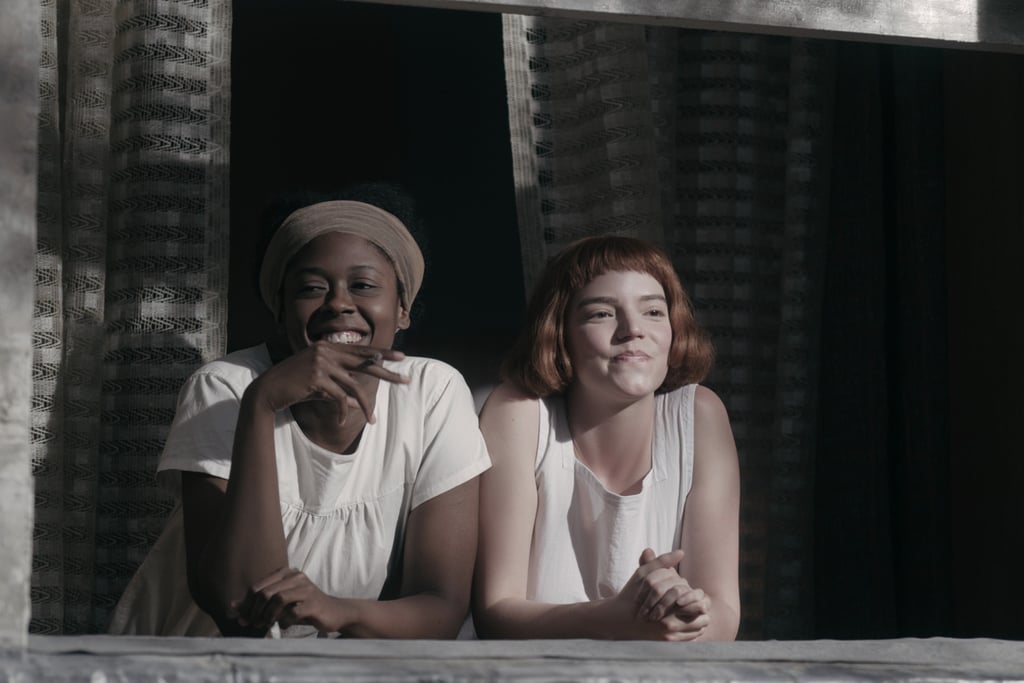 Listen to the Groovy, '60s-Fueled Soundtrack of The Queen's Gambit

Not only is Netflix's The Queen's Gambit a visual splendor in the wardrobe department, but it also has a fantastic soundtrack packed into its seven episodes. Based on Walter Tevis' psychological thriller novel of the same name, the limited series takes us on a journey to the past with a groovy musical selection predominantly from the '60s. Yes, there's plenty of intense orchestral music as chess prodigy Beth Harmon (Anya Taylor-Joy) bests her unwitting opponents. But along with Carlos Rafael Rivera's emotional score, we also hear the edgy sounds of the turbulent era during which Beth rises the ranks as a US champion. Just as Ryan Murphy's Hollywood features a jukebox of '40s classics, The Queen's Gambit revels in the rock and soul music two decades down the line. With iconic songs from The Monkees, The Kinks, and Martha and the Vandellas, the soundtrack will get you up and moving. So, prepare to dance it out with rad throwback sounds — we've rounded up The Queen's Gambit soundtrack all in one place for your listening pleasure!

Previous Next Start Slideshow
NetflixMusicTVStreamingThe Queen's Gambit
Around The Web