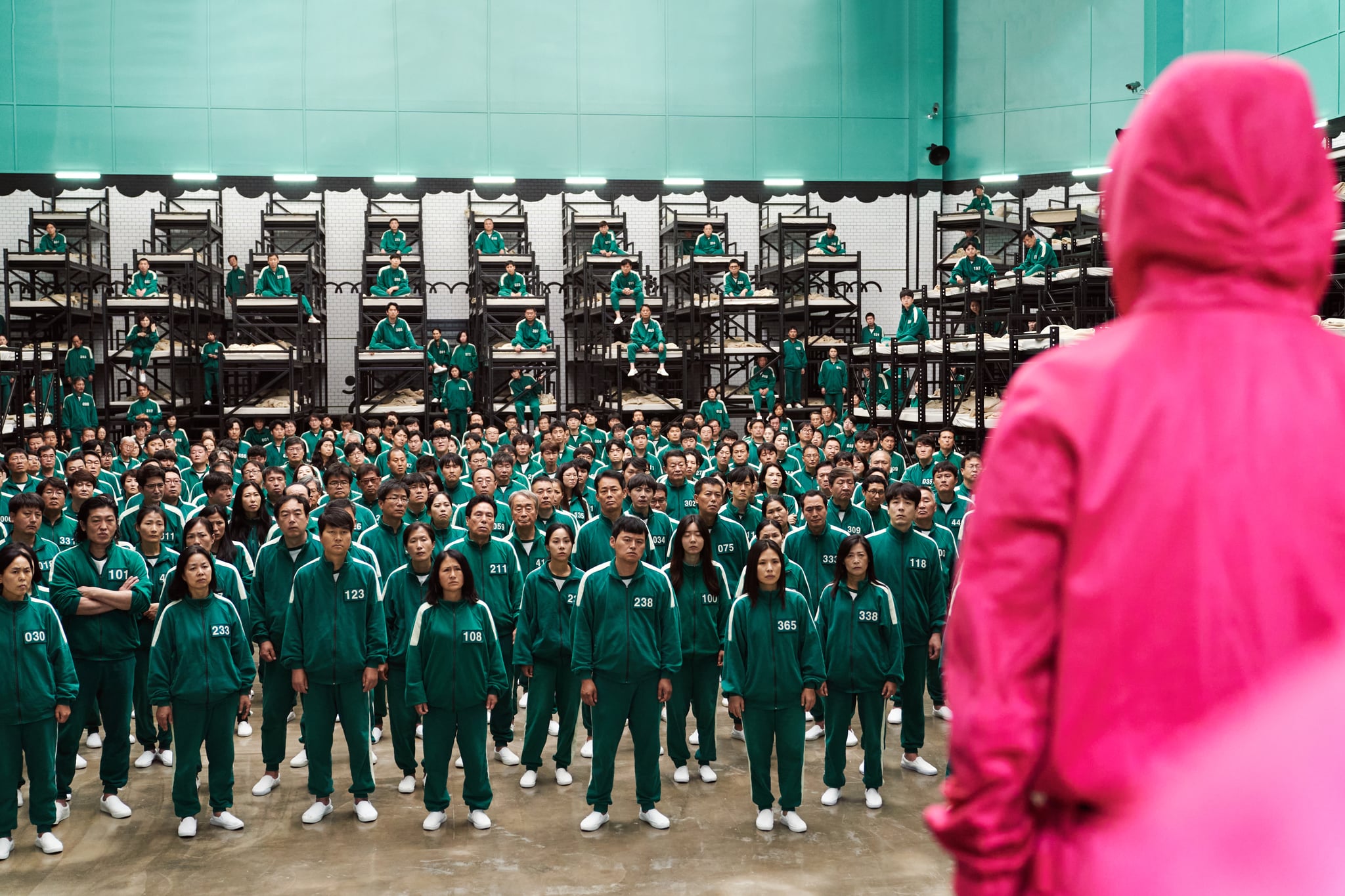 Squid Game, Netflix's all-or-nothing Korean dystopian drama, has taken the world by storm. Since debuting in mid-September, the Hunger Games-esque thriller has become Netflix's top-ranking show in 90 countries and the most-watched series in the streamer's history. And after much buzz from fans around the world, the series has officially been confirmed for a second season!

Director Hwang Dong-hyuk broke the news during a red carpet interview with the AP, saying, "There's been so much pressure, so much demand and so much love for a second season. So I almost feel like you leave us no choice! But I will say there will indeed be a second season." Dong-hyuk noted that it's way too early to offer specific details about when Squid Game will return and what we can expect to see next, but he did say that he's "in the planning process currently." While we're left to wonder what the second installment will entail, Dong-hyuk did leave us with a parting gift to ponder over, saying, "I will promise you this . . . Gi-Hun will come back, and he will do something for the world."

Related:
Still Not Over Squid Game? Here Are 10 Shows That Are Just as Thrilling

In Squid Game, a group of desperately cash-strapped people compete in high-stakes children's games for the chance to win the equivalent of about $40 million US. The reward comes with tremendous risk, because the consequence of losing these games is sudden death. By the end of the nine episodes, only one player survives, taking home a cash prize that will lift them out of debt.

Squid Game's brutal but unique concept was developed about a decade ago by creator Dong-hyuk, but it was passed over by production companies and studios for being overly dark and outrageous. Throughout that time, Dong-hyuk was living a somewhat parallel life to the fictitious characters he created, as he too was financially struggling and living with his mother and grandmother to make ends meet.

Prior to Squid Game's season two confirmation, Dong-hyuk teased the potential for a storyline that could focus on police inaction and abuse. "I think the issue with police officers is not just an issue in Korea," Dong-hyuk told The Times. "I see it on the global news . . . This was an issue that I wanted to raise. Maybe in season two I can talk about this more." Now it's just a waiting game to see when we'll receive an official premiere date. But considering the show's massive global success, we have a feeling it won't keep us waiting too long.

Barbie Ferreira
Did You Catch That Game of Thrones Easter Egg on Euphoria?
by Monica Sisavat 19 hours ago

by Jenny Sugar 17 hours ago