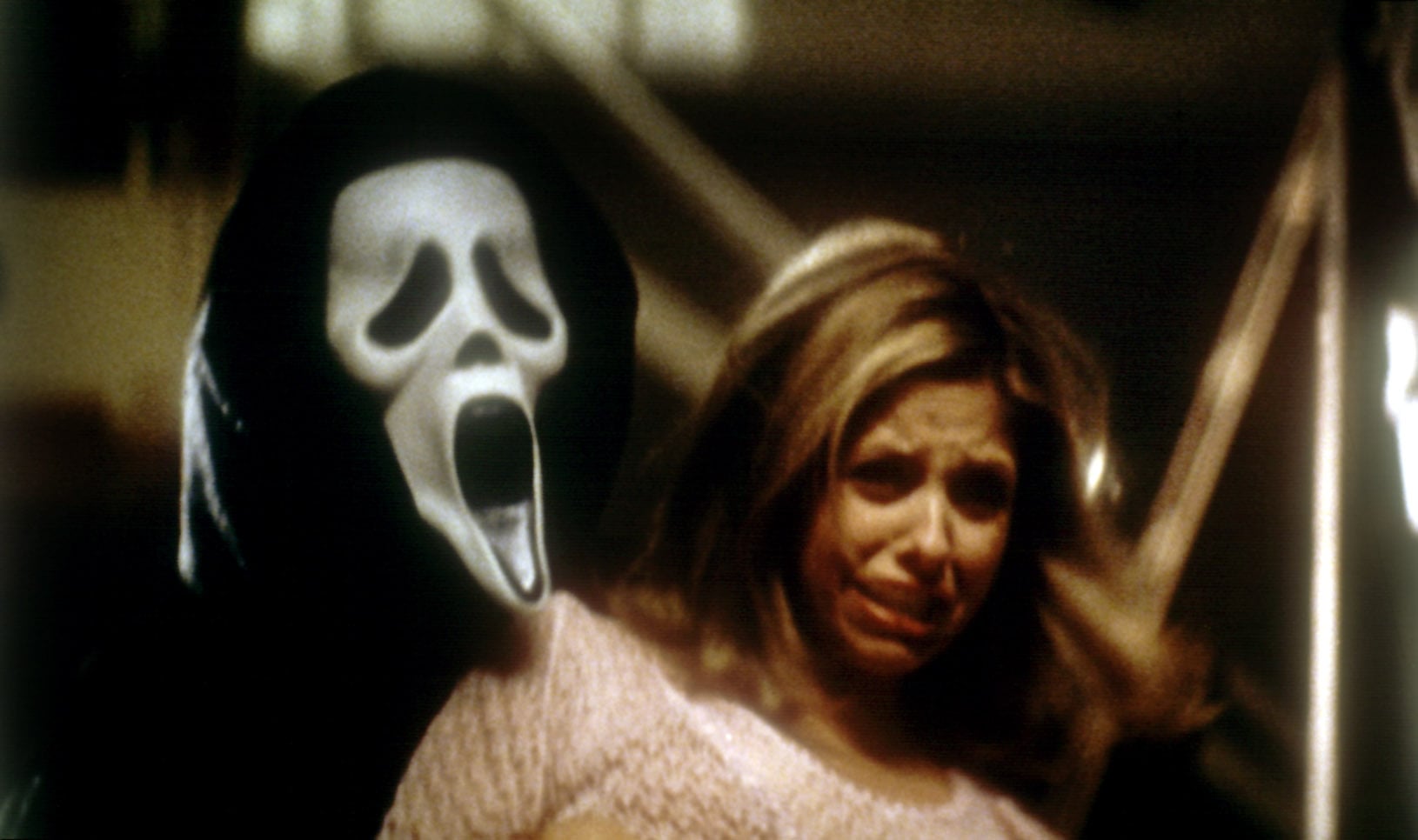 It's been over a decade since Scream 4 hit theaters in 2011, and fans had long been itching to know if the series would continue when they finally got their answer. Sidney Prescott will face off against — you guessed it — Ghostface in the series's fifth installment, Scream (that's right, it's just Scream, not Scream 5) when it hits theaters on Jan. 14, 2022. With its first trailer released, many are anxiously wondering if Scream can live up to the films that came before it. In all the excitement, it's an excellent time to take a cold, hard look at the truths behind the meta-loving slasher icon, Ghostface! One question that always leaves audiences stumped is: why does Ghostface kill at all?

Considering each film sees a different character take up the mantle of Ghostface, could their reasons for killing be the same? Do they take up Ghostface's visage because it's convenient or because Ghostface represents a like-minded motivation they all fit into? Let's take a look at each Ghostface killer.

At the end of the original Scream, Billy Loomis (Sidney Prescott's boyfriend) and his friend Stu Macher are revealed to be behind the Ghostface mask. Billy believes his father's affair with Sidney's mother, Maureen, drove his mother to abandon him, so he begins killing to vent his frustrations and take revenge on Sidney's family. Stu claims it was nothing more than peer pressure, his only defense being that Billy convinced him to do it.

At the end of Scream 2, Mickey and his accomplice, Mrs. Loomis (Billy's mother), are unmasked. Mrs. Loomis seeks revenge for her son's death, while Mickey wants to use the fame of the original Ghostface massacre to get famous himself. Mrs. Loomis shoots Mickey herself, claiming she put up with his childish and self-satisfying antics for too long — though she fails in killing him. Then, she nearly kills Sidney, but like every Ghostface that has come before her, she also meets her end. That doesn't stop Mickey from leaping back to life — a trope any good, cheesy slasher flick ought to have — at which point he is promptly shot again. Sidney even takes this as a sign to shoot Mrs. Loomis in the head once more, just to confirm the kill. 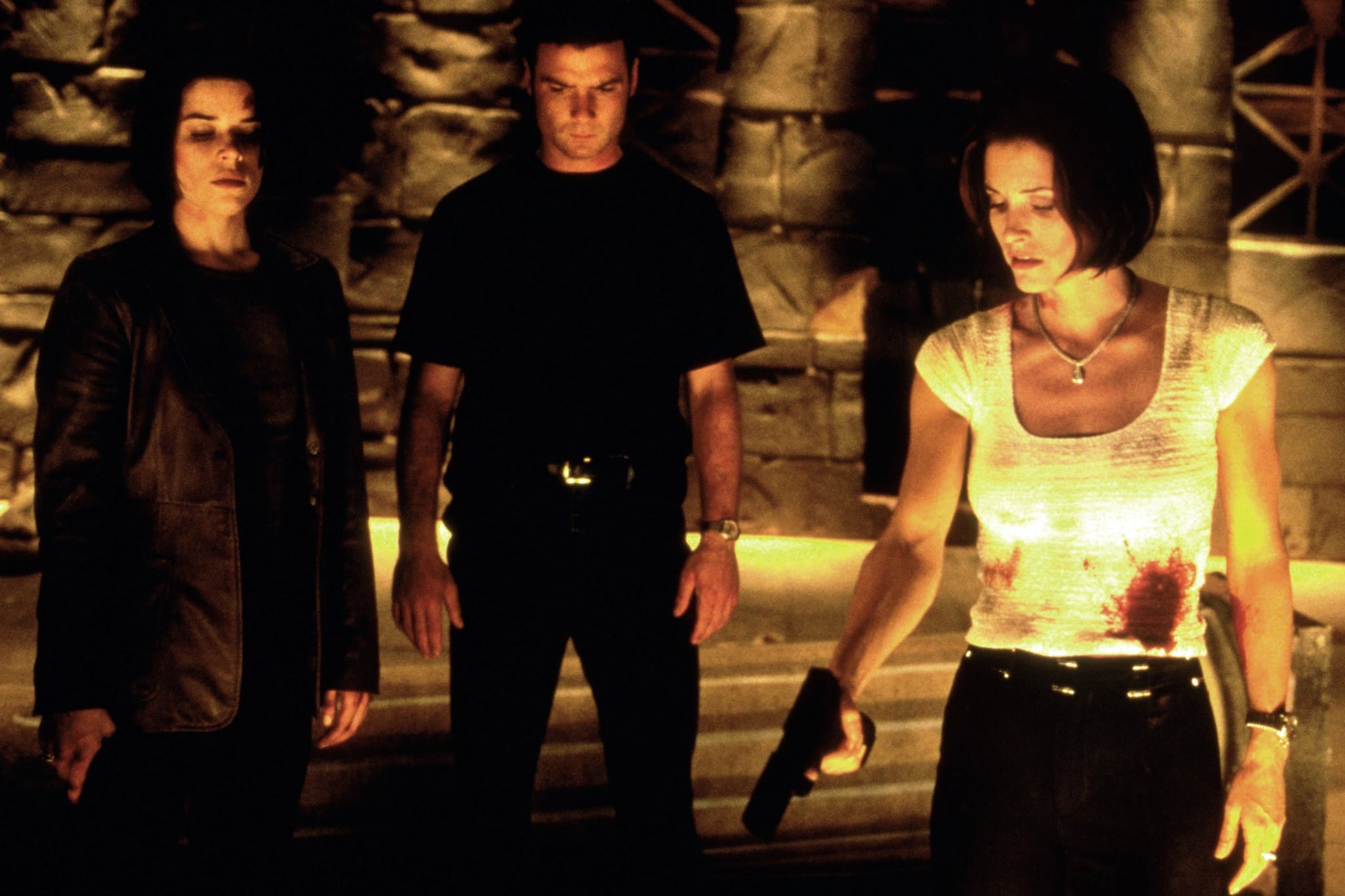 Long before the events of the original Scream, Maureen was sexually assaulted, resulting in an unwanted pregnancy. Maureen decided to put the child (Roman) up for adoption. Years later, after searching for and finding his birth mother, Maureen rejects Roman. Unaware of Roman's existence, Sidney has no reason to expect that she has an unknown half-brother stalking her family. Throughout this film, we discover that Roman is the one who revealed Maureen's affair with Billy's dad and edged Billy into killing her before the events of the first Scream film, setting the course for both earlier films.

Jill Roberts (Sidney's teenage cousin) manipulates Charlie Walker into helping her with an elaborate plot, placing them both behind the mask in Scream 4. She feels her entire life has been about Sidney, because anytime someone discovered the truth of their relation, all they wanted to talk about was Sidney, and Jill resented her for that reason. Sidney's fame kept Jill in the dark, according to her, so she formulated a plan: frame Charlie for all the murders and insert herself as the final girl who survived him, ultimately taking Sidney's place (and her fame) while killing Sidney in the process.

Despite numerous characters donning the Ghostface mask throughout four movies, each murderer fulfills specific criteria. First, the killer must play by slasher-movie rules. Second, they must link back to Sidney Prescott somehow (because every single Ghostface wants her dead). Third, at least one of the killers excels at manipulating people to help them. Finally, the killer must enjoy toying with their victims before the kill, usually antagonizing Sidney further.

While each Ghostface's motivation for killing may be different, we do see the same themes pop up again and again: Revenge. The desire for fame. Being stuck in the past. Sidney Prescott. If one killer doesn't check all these boxes, a second killer is usually in the mix. For example, Mickey desires fame, while Mrs. Loomis wants revenge for her son. Each Ghostface has their own motivations, but what makes a good Ghostface is the likeness to those who came before them.