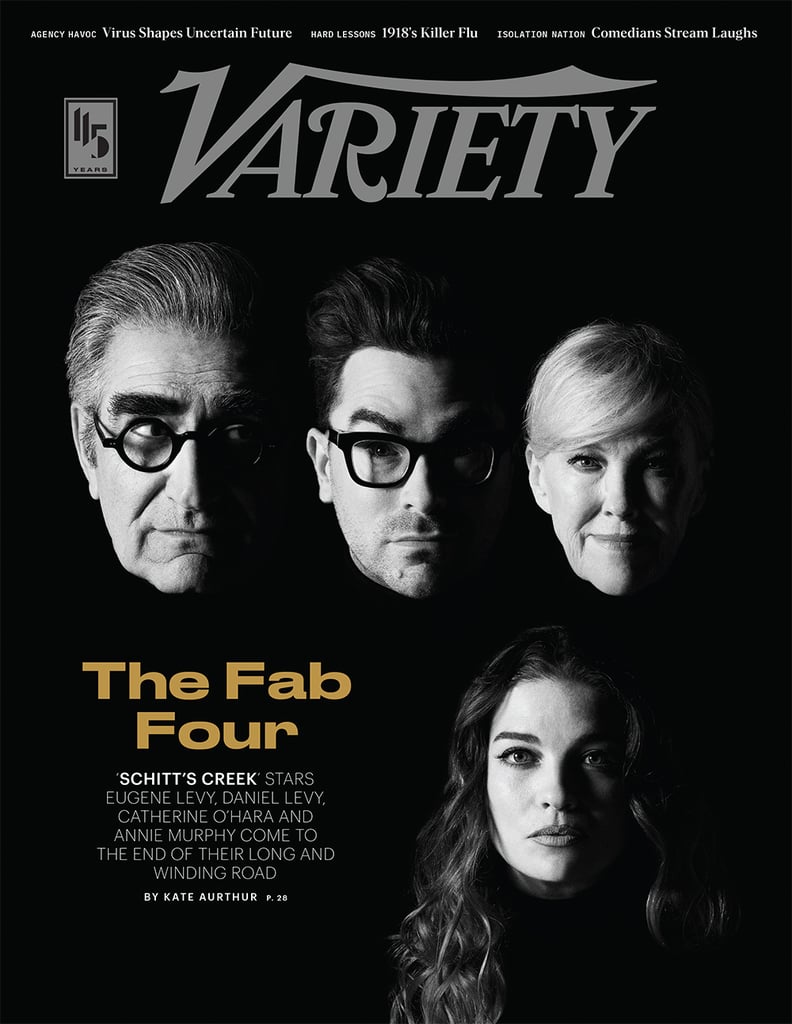 Schitt's Creek is officially ending after six glorious seasons on April 7, but before we say goodbye, the cast are spilling some fun facts about the show. Catherine O'Hara, Annie Murphy, and Dan and Eugene Levy are all featured in Variety's latest issue, and in the accompanying interview, they talked about everything from who Moira Rose is partly inspired by to whether creators Dan and Eugene have any plans to return to Schitt's Creek in the future. Spoiler: they're not totally ruling out the possibility! Ahead of the show's finale and documentary special, keep reading to see everything the cast revealed about the series.

Barack Obama
Barack Obama Sends a Message of Hope to Young People of Color: "Your Lives Matter"
by Monica Sisavat 13 hours ago