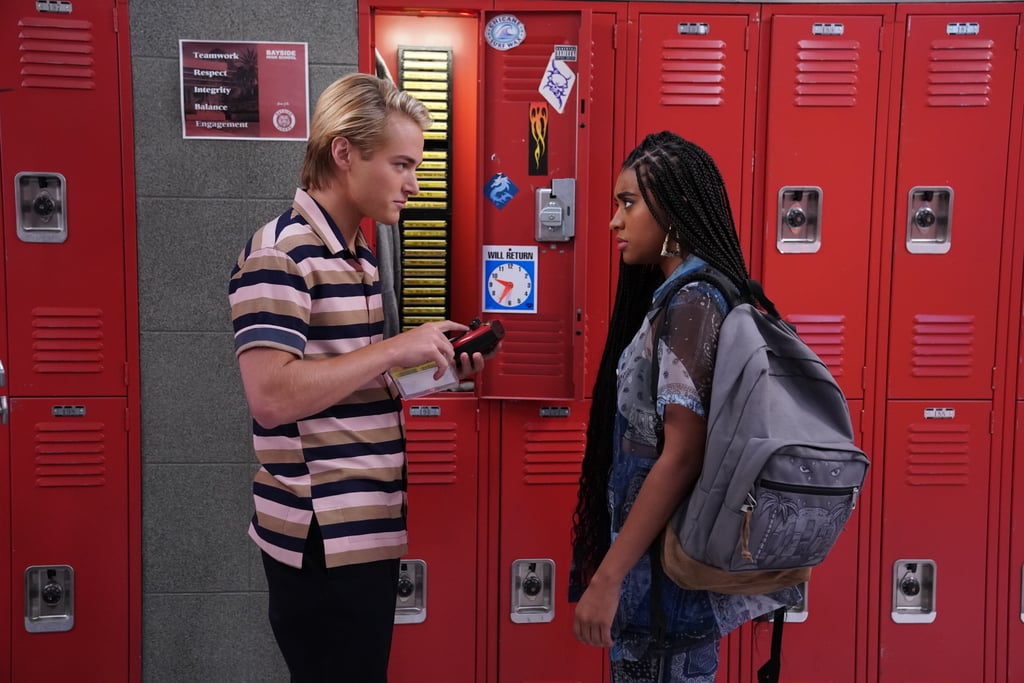 It's almost time to welcome back the next generation of Bayside High graduates! On Nov. 3, Peacock released the official trailer for season two of Saved by the Bell, which shows the Bayside crew — Daisy (Haskiri Velazquez), Jamie (Belmont Cameli), Lexi (Josie Totah), Alisha (Alycia Pascual-Peña), DeVante (Dexter Darden), and Max (Mitchell Hoog) — competing in the Southern California School Spirit Competition, all while dealing with the typical high school drama (including romance!). Ahead of the show's return, read on to get the full scoop on everything there is to know about the season two premiere of Saved by the Bell, including its release date and the returning cast.

Previous Next Start Slideshow
Saved By The BellTVStreaming