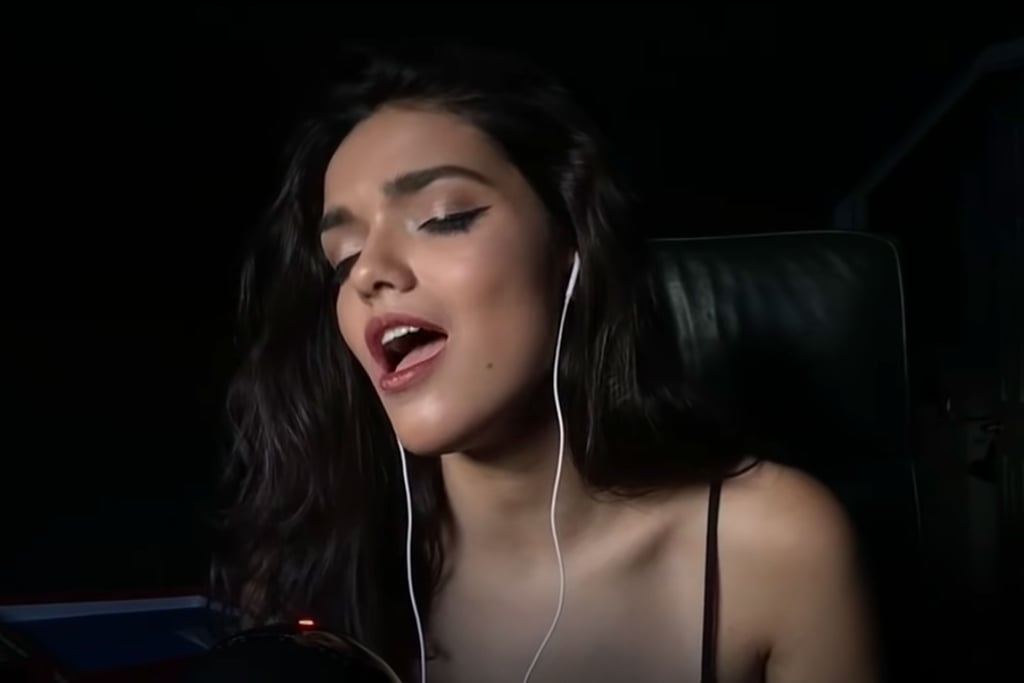 Rachel Zegler is garnering a lot of attention thanks to her upcoming film roles. Back in 2019, the talented 20-year-old singer and actress beat out more than 30,000 actresses for the lead role of Maria in Steven Spielberg's West Side Story remake, and now she's taking on the dream role of Snow White in Disney's upcoming live-action film adaptation of Snow White and the Seven Dwarfs. Her latest roles are no doubt thanks to her incredible singing chops. Through her YouTube channel, Zegler has given us several glimpses of her stunning vocals as she covers artists like Taylor Swift and Harry Styles. She has even performed a handful of Disney songs, proving she was a Disney princess way before scoring the role of Snow White. See some of her best singing videos ahead.

Related:
Prepare to Be Enchanted by Rachel Zegler's "Tonight" Performance in the West Side Story Trailer
Previous Next Start Slideshow
MusicRachel Zegler

Music
H.E.R. Feels Like She's Finally Earned Her Stripes as an Artist
by Njera Perkins 18 hours ago

Politics
When Will the Law Stop Putting Rap Lyrics on Trial?
by Njera Perkins 23 hours ago