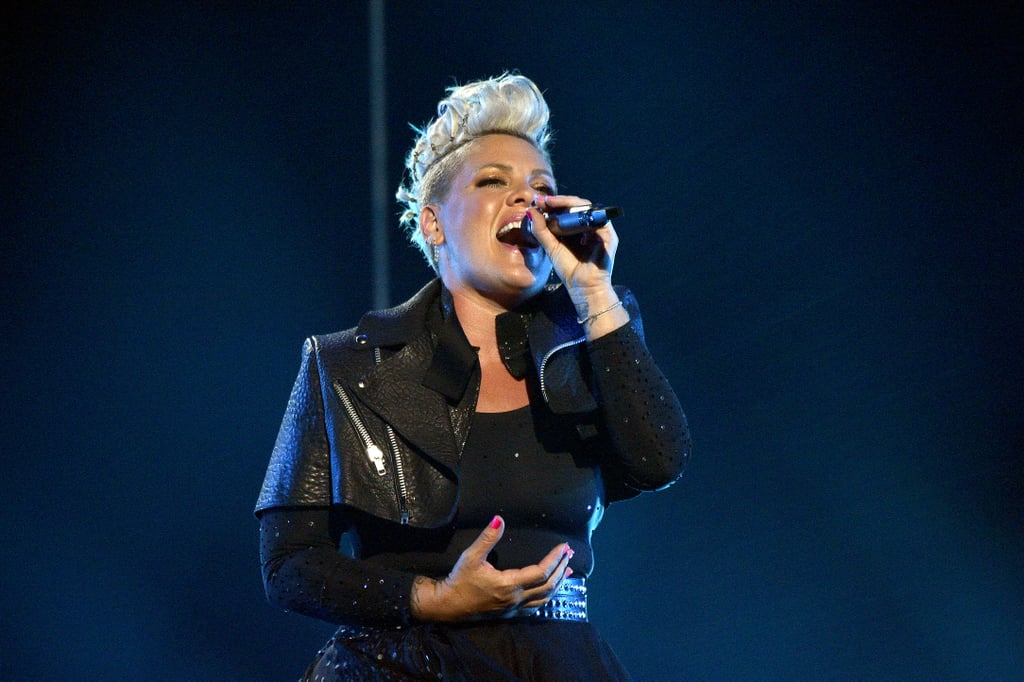 Pink brought down the house with a powerful performance at the Billboard Music Awards on Sunday night. Ahead of receiving the icon award during the show, the 41-year-old "All I Know So Far" singer performed a medley of some of her greatest hits on stage. Pink started the number alongside her 9-year-old daughter, Willow Hart, as the two got on a trapeze while "Cover Me in Sunshine" played in the background. Following the emotional opener, Pink performed hits like "So What," "Who Knew," "Just Give Me a Reason," and more with a band on stage.

The performance marked her first time on the BBMAs stage in five years. "As a little girl, I always dreamed about being a singer and sharing my love of music with the world," Pink previously said in a statement about receiving the icon award. "Years later, to receive the Billboard Music Awards icon award is hard to fathom! I feel so honored to join the ranks of music idols like Cher, Garth Brooks, Janet Jackson, and Stevie Wonder. It's a true 'pinch me' moment, and I feel humbled and blessed." Watch a clip of her incredible performance ahead.

The CW
Is Port Oswego From The CW's Naomi a Real Place? Let's Investigate
by Divya Meena 2 days ago