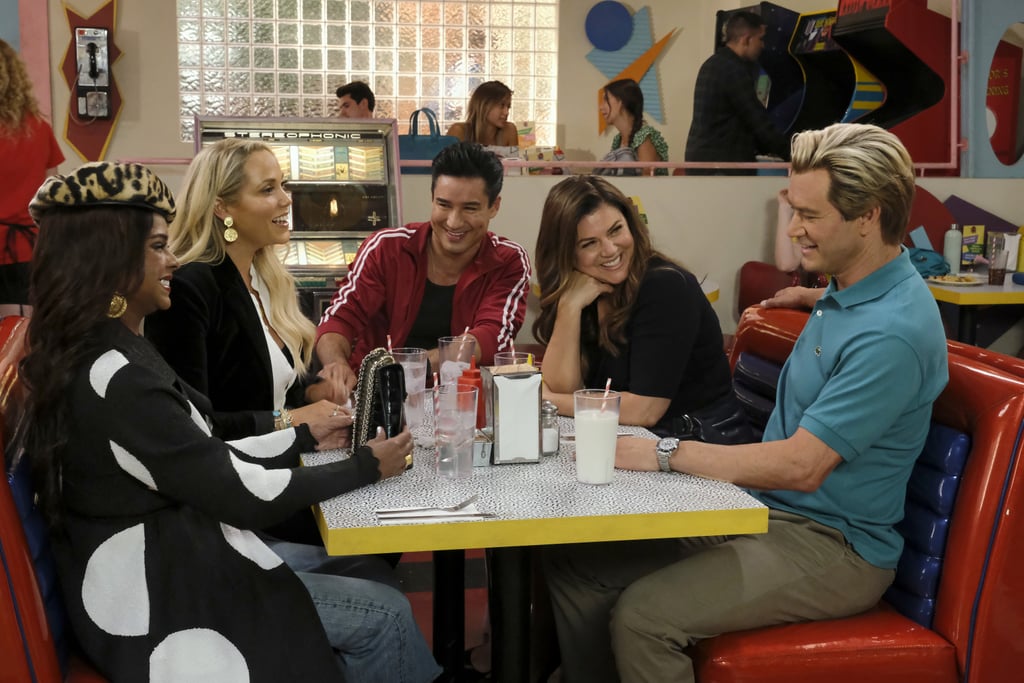 Saved by the Bell Season 2 Cast

Haskiri Velazquez, Belmont Cameli, Josie Totah, Alycia Pascual-Peña, Dexter Darden, and Mitchell Hoog will all be returning for the second season. A newly released photo also gives fans of the original series, which ran from 1989 to 1993, something to be excited about. It features Zack Morris (Mark-Paul Gosselaar), Kelly Morris (Tiffani Thiessen), A.C. Slater (Mario Lopez), Jessie Spano (Elizabeth Berkley), and Lisa Turtle (Lark Voorhies) reunited at The Max, aka their go-to hangout spot.

In an interview with Variety, executive producer Franco Bario confirmed that season two will pay tribute to original cast member Dustin Diamond, aka Screech, who died from lung cancer in February. In addition to showing clips of Diamond in the original series, Bario noted that the original cast members are set to reunite at The Max, where they will reminisce about Screech. "It would have been wrong to not acknowledge that in a real way and to not have our OG characters mourning this character that we'll never get to see again," he told Variety. "That, I wanted to put on the screen, but I just wanted to make sure we were being as sensitive as possible. There was a real guy who had people who loved him. You don't want to make any jokes or talk about it in any way that might hurt anyone's feelings."

Previous Next Start Slideshow
Saved By The BellTVStreaming